Sarah Christine Roemer is an American actress and model, best known for her roles in films like ‘Disturbia’, ‘Asylum’, ‘Hachi: A Dog's Tale’ and ‘Fired Up!’ She chanced upon modelling at the age of 15 when she was spotted drinking coffee at a local 7-Eleven, a convenience store. Her modelling pursuits saw her posing for several magazines, including the international men's magazine ‘Maxim’. She also graced the cover page of ‘Modern Dog’, a quarterly published dog-centric magazine. She ventured into acting in the mid-2000s and landed her first role in the American black-comedy romance road movie, ‘Wristcutters: A Love Story’. She garnered attention with her next film ‘The Grudge 2’, an American supernatural horror movie, and furthered her fame by performing in the Paramount Pictures’ thriller flick, ‘Disturbia’. She went on to star in many other films like ‘The Con Artist’, ‘Waking Madison’, ‘Locked In’ and ‘Falling Up’. She also forayed into television and thrived by displaying her skills in series like ‘The Event’ and ‘Chosen’. On the personal front, she is happily married to her ‘Chosen’ co-star Chad Michael Murray, and is blessed with two children, a son and a daughter.
Continue Reading Below 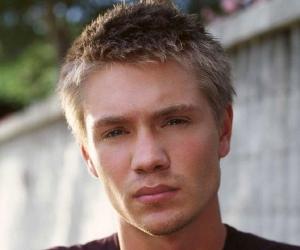 American People
California Actresses
Virgo Actresses
American Actresses
Actresses Who Are In Their 30s
Childhood & Early Life
Sarah was born on August 28, 1984 into a middle class family in San Diego, California, United States. She is of German, English, Scottish and Northern Irish descent.
She studied at the Horizon Junior &Senior High School in San Diego. At the age of 15, while she was still attending school, she was spotted drinking coffee by a modelling agent at a local 7-Eleven store which led her to be recruited by a modelling agency. This marked the beginning of her journey in the world of showbiz.
When she turned 17, she left her home and went to New York.
Continue Reading Below
You May Like

The Sexiest Men Of 2020, Ranked
Career
She featured in the Sportswear International fashion magazine as a cover model in its summer 2004 issue.
According to Roemer, she embarked into acting after being offered an opportunity by an agent at a coffee shop in 2005.
The first role she played was that of Rachel in the American black-comedy romance road movie ‘Wristcutters: A Love Story’ which also had Patrick Fugit, Shannyn Sossamon and Shea Whigham in starring roles. The film premiered at the Sundance Film Festival on January 24, 2006 and later released in the US on October 19, 2007.
She then played the starring role of a high school student and cheerleader, Lacey Kimble, in the sequel of the American supernatural horror film ‘The Grudge’ (2004). ‘The Grudge 2’, released on October 13, 2006 opened to negative reviews from critics but emerged as a commercial success, garnering $70.7 million at box office.
Her next film ‘Disturbia’, a D. J. Caruso directed horror thriller, was an even bigger commercial success and debuted atop the box office in its first week after being released on April 13, 2007.
She played the role of Ashley Carlson in ‘Disturbia’, starring along with Shia LaBeouf, Carrie-Anne Moss and David Morse. The film not only grossed $117.8 million at box office, but also garnered kudos from critics which furthered Roemer’s recognition as an actress.
In 2007, she essayed the role of Eve in the Kate Hudson written and directed short drama film ‘Cutlass’ which released on October 16. The film also had Dakota Fanning, Virginia Madsen and Kristen Stewart in starring roles.
She featured on ‘Maxim’ magazine in 2007. That year, she also appeared in an issue of ‘Natural Health’ magazine under an article titled ‘So-easy summer beauty’, written by Beauty and Fashion Editor Megan O’Connell. She also appeared in the article ‘Model Behavior’ that featured in the spring 2007 issue of ‘Nylon Guys’ magazine.
She essayed her first lead role of Madison in the David Ellis directed American horror film ‘Asylum’, a straight-to-DVD release, in July 2008. The film that also starred Jake Muxworthy, Ellen Hollman and Travis Van Winkle among others, received mostly negative critical reviews.
Continue Reading Below
She then starred in the Will Gluck directed teen comedy film ‘Fired Up’ which released on February 20, 2009. This film also failed to garner critical acclaim and went on to become a box office disappointment. She then graced the cover page of ‘Modern Dog’ along with her dogs, Dylan and Clyde.
She tasted success again with the British-American drama film ‘Hachi: A Dog's Tale’, a remake of Japanese flick ‘Hachikō Monogatari’ (1987) which was based on the true story of a loyal Akita Inu. She played Andy Wilson in the film, starring alongside Richard Gere and Joan Allen.
‘Hachi: A Dog's Tale’ premiered on June 13, 2009 at the Seattle International Film Festival and then went on to release in more than 25 countries. It garnered mostly positive critical reviews and emerged as a commercial success, grossing $46.7 million worldwide.
She featured in the music video of ‘Come Back To Me’ which was a single released in the year 2009 by ‘American Idol season 7’ winner David Cook. The single was a part of his debut studio album, ‘David Cook’ (2008).
Her next straight-to-DVD film ‘Falling Up’, a romantic comedy, was released on September 29, 2009 in Australia and on January 5, 2010 in the US. This independent film, in which she starred as Scarlett Dowling along with many others including Joseph Cross and Snoop Dogg, received mixed critical reviews.
She next featured in the starring role of Emma Sawyer in the Suri Krishnamma directed independent drama-thriller film ‘Locked In’. The film premiered at the Boston Film Festival on September 17, 2010. Roemer also doubled up as an associate producer for the film.
After making a mark on the big screen with films of different genres, Roemer forayed into television, essaying one of the main roles of Leila Buchanan in the American thriller mystery sci-fi television series, ‘The Event’. The series, that was aired on NBC from September 20, 2010 to May 23, 2011, enjoyed decent viewership.
She then starred as Kristen in the November 25, 2010 released independent romantic comedy film ‘The Con Artist’. The film, that also had Donald Sutherland, Rebecca Romijn and Rossif Sutherland in starring roles, was later released straight-to-DVD on June 14, 2011.
The July 12, 2011 released straight-to-DVD independent drama-thriller flick ‘Waking Madison’, which was written and directed by Katherine Brooks, saw Roemer playing the central character of Madison Walker. The film had its first screening earlier that year on May 2 at the Newport Beach Film Festival in Costa Mesa, California.
She portrayed Avery Sharp in the American action-thriller television and web series ‘Chosen’. The series was aired through ‘Crackle’, an online streaming video service for three seasons, encompassing 18 episodes starting from January 17, 2013 to April 15, 2014.
Her other on-screen ventures include featuring in the short film ‘The Girlfriend Game’ (2015); in films like ‘The App’ (2015) and ‘Manhattan Undying’ (2016); and television series like ‘Hawaii Five-0’ (2011) and ‘Daybreak’ (2012).
Personal Life
In 2014, she started dating American actor, writer, spokesperson and former fashion model Chad Michael Murray, who was also her co-star from the television series ‘Chosen’. News regarding their marriage was announced in January 2015.
On May 31, 2015, Chad and Sarah welcomed their first child, a son, and were then blessed with a daughter in March 2017.

See the events in life of Sarah Roemer in Chronological Order