An American radio and television personality, Carson Daly started his career as a DJ, then went to become a VJ on MTV, hosting a live request show, before taking the hot-seat on his own talk show on NBC. He was already a famous face on television and had a huge fan following, winning several teen choice awards. A charming personality combined with some smart thinking got him to take up executive producer responsibilities along with playing host, amplifying his professional success. No wonder he has won multiple Emmys, PGA, and OFTA awards as a producer for the music show The Voice. On the personal front, Carson is a champion of mental health and cancer awareness. He lost his father to cancer at a very early age and his mother was a breast cancer survivor. He is vocal and actively works towards causes he believes in. A doting dad and loving husband, Carson is a thorough family man who is constantly seen surrounded by his loving family. He has big plans for the future and does not shy away to put in the hard work. Carson graduated from the Santa Monica high school in 1991, following which he joined a Theology Course in the University: Loyola Marymount. He played golf with Tiger Woods in a tournament where he was awarded a partial scholarship for covering his college expenses by the American Junior Golf Association. But he did not complete his college studies because he wanted to pursue golf professionally.

Although that did not pan out, and Carson started working as a disc jockey for a radio station in Los Angeles: KROQ-FM. As his show was in the evening slot of 6 to 10pm, Carson worked as a VJ with MTV for a summer program. Impressed by his work, he was offered a full time VJ position at MTV that had Carson shift to New York, and he went on work with MTV hosting Total Request Live from 1998 to 2003.

His camaraderie with celebrity A-listers made NBC rope him in and start a late-night talk show Last Call with Carson Daly. This show aired from 8th of January 2002 to 25th of May 2019. Carson executive produced and started hosting the American reality music show The Voice in 2011. In 2013, Carson also started working for NBC’s news and talk show Today.

Along with Bam Margera, Jonathan Rifkind, and Jonatham Davis, Carson is one of the founder members of the record label 456 Enterprise and Entertainment.

Carson Daly has recently shared a video wherein he has spoken about his struggle with mental health issues. He has an anxiety disorder, and has been living with it for over 20 years.

He was inspired by watching share his mental health journey, and he feels that his talking about his struggles on a public platform could help others open up. He is associated with a non-profit platform Project Healthy Minds through which a group of like-minded individuals are working towards creating awareness about mental health, and aim to break taboos surrounding this health condition.

Carson Daly was born on the 22 June 1973, to Jim Daly and Pattie Daly in California’s Santa Monica. He has a sister known as Quinn. His father, who was a car salesman, succumbed to bladder cancer while Carson was still a child. His mother, who was an actress, remarried in the year 1981, to Richard Caruso and the couple was together till both of them died in 2017.

Carson Daly has been associated with many celebrities, one of them being Jennifer Love Hewitt. They were together for two years before breaking up in 1999. He also came really close to getting married to actress Tara Reid. They had started dating in early 2000, and Daly had popped the question October that year. However, they broke-off the engagement in June 2001.

Carson finally met the love of his life Siri Pinter, who is food blogger, on the sets of his talk show Last Call with Carson Daly where she was working as a writing assistant during that time. The couple dated for a few years before welcoming their first child together on the 16th of March 2009 – a son Jackson James. Following this, they had two daughters. The first one was born on the 6th of September 2012 and is named Etta Jones, and their second daughter London Rose, was born on the 20th of August 2014.

They got married in a small private ceremony on the 23rd of December 2015. Amidst the Corona virus pandemic, the couple welcomed their fourth kid, a daughter they named Goldie Patricia. 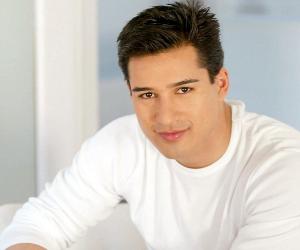