Carlos Fuentes was a Mexican diplomat, novelist, scholar and critic famous for his experimental novels. He was one of Mexico’s most celebrated novelists and the recipients of many prestigious literary awards, the most notable being the ‘Miguel de Cervantes Prize.’ He had a profound influence on the Latin American Boom, a literary movement in the 1960’s and 70’s wherein writers from that area explored new ideas in literature and poetry. Fuentes’s father was a diplomat who was often transferred to different locations over many continents. As a result, the young Carlos had the experience of traveling extensively all over North America, South America and Europe. This enabled him to view Latin America from the eyes of a critical outsider. He also acquired a respect for different national cultures and realized the role of a shared heritage among Latin nations as a strong unifying force. As a youngster he had a keen interest in reading and writing, and always dreamed of being a writer—a dream he held on to even after entering a diplomatic career due to parental pressure. He realized his dream in 1958 with the publication of his very first novel ‘Where the Air Is Clear’, which became an instant classic. He went on to write many other novels, short stories and essays, which established his name as one of the most admired authors in Latin American literature.
Continue Reading Below 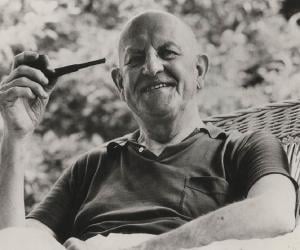 Mexican Celebrities
Scorpio Writers
Mexican Writers
Scorpio Men
Childhood & Early Life
Carlos Fuentes was born in Panama City to Berta Macias and Rafael Fuentes, a Mexican Diplomat. Because of his father’s job, the family moved a lot and young Carlos spent his childhood in various Latin American cities.
He attended English language schools in Washington, D.C., and became fluent in the language. During his summer vacations, he returned to Mexico and attended Mexican schools.
As a child he learnt about Mexican history and folklore from his Mexican grandmothers and imbibed American culture while in Washington. He also became aware of international politics through discussions with his diplomat father.
He also spent time in various South American countries like Chile and Argentina where he learnt about the differences as well as the similarities among the cultures of the Latin nations.
He was an enthusiastic reader with an interest in poetry and socialism. From an early age he was interested in pursuing a career in writing, but his parents wanted him to enter the legal profession.
He studied law at the National University of Mexico in Mexico City and later attended the Institute of Advanced International Studies in Geneva. During this time he also worked for a newspaper and wrote short stories. 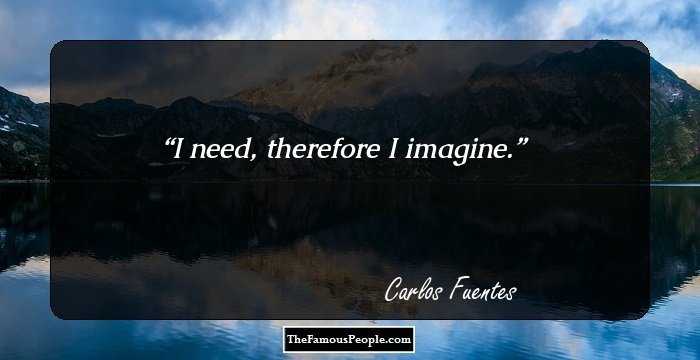 Quotes: Need, I
Continue Reading Below
You May Like

The Most Popular US Veterans
Career
Fuentes entered the diplomatic service in 1950 and served as a member of the Mexican delegation of the International Labour Organization (ILO) in Geneva till 1952.
He served in the ministry of Foreign Affairs in Mexico as assistant chief of press section in 1954. He was appointed secretary and assistant director of cultural dissemination in the National University of Mexico for the session 1955-56.
He served as the Mexican ambassador to France (1975–77). He resigned in protest against former President Gustavo D�az Ordaz's appointment as ambassador to Spain.
He taught in many colleges and universities like Cambridge University, Harvard University, Columbia University, University of California, etc. in the 1970’s and 80’s. 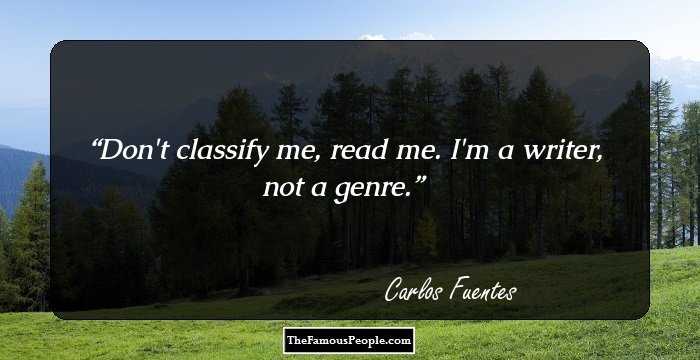 Quotes: Me
Major Works
His first novel ‘Where the Air is clear’, published in 1958 became an instant success. The novel was widely appreciated for its "stark portrait of inequality and moral corruption in modern Mexico".
His 1962 novel ‘The Death of Artemio Cruz’ is considered to be a landmark in the literary movement known as the Latin American Boom. The novel traces the life of a corrupt man who is dying. This book is "widely regarded as a seminal work of modern Spanish American literature"
Fuentes’s novel ‘Terra Nostra’, published in 1975 is considered to be his most ambitious work. The title literally means ‘Our Earth’, and the book tells the story of Hispanic civilizations and examines the origins of the contemporary Latin American society.
The novel ‘The Old Gringo’ (1985) was the first novel by a Mexican author to become a U.S bestseller in its English translation version. The novel was written over a period of 20 years and deals with themes like death, culture, and Mexican identity.
Continue Reading Below
Awards & Achievements
He won The Xavier Villaurrutia Award, a prestigious literary award given to Latin American writers in Mexico, for his 1975 novel ‘Terra Nostra.’
Fuentes was awarded The Miguel de Cervantes Prize in 1987 in recognition of his lifetime contribution to Spanish-language literature. This prestigious award is considered equivalent to Nobel Prize in Literature in the Spanish speaking world.
He received the Belisario Dom�nguez Medal of Honor, the highest award of Mexico, in 1999 for having a distinguished lifetime career and contributing most "toward the welfare of the Nation and mankind". 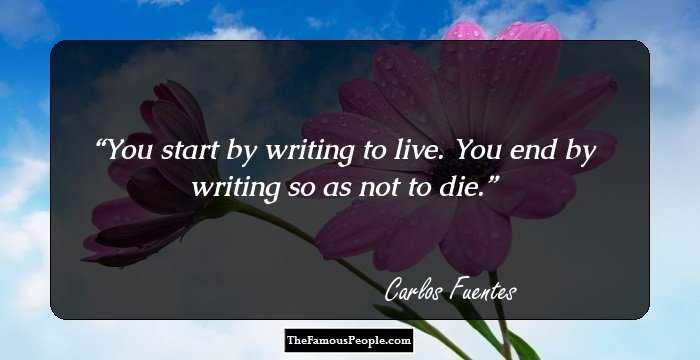 Quotes: You
Personal Life & Legacy
He married Mexican actress Rita Macedo in 1959. The couple divorced in 1973. They had one daughter.
He married Silvia Lemus, a television journalist, in 1976. The marriage lasted until his death. They had two children, both of whom predeceased their father.
He died in Mexico from a massive hemorrhage in 2012 at the age of 83.
The Carlos Fuentes International Prize for Literary Creation in the Spanish Language was established by the Mexican government in his honour in 2012. It is awarded every year on his birthday, November 11.
Trivia
He described himself as a “pre-modern” writer who used only pens, ink and paper.
He was denied a visa to enter the US for many years because of his criticism of American Foreign Policy.
He remained active till the end of his life; one of his essays appeared in a local newspaper on the day of his death.
You May Like

See the events in life of Carlos Fuentes in Chronological Order