Carl Marino is an American actor and former deputy sheriff of Monroe County, New York. Before making a career in the field of acting, Carl worked as a deputy sheriff in Monroe County for over a decade. After leaving the job, he had a brief stint as a model and then finally began getting acting projects. In his entire career, Carl has appeared in numerous TV series and films. However, the role he is mostly known for is that of ‘Lt. Joe Kenda’ from the 'Investigation Discovery' series 'Homicide Hunter.' He also has a number of brief appearances and uncredited roles in his filmography. Carl has also acted in a couple of Bollywood movies. Carl is now married to his co-actor Ilona Marino. 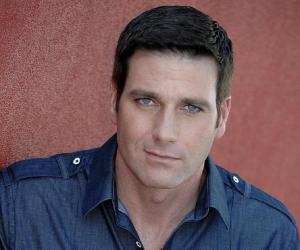 Jared Leto
Actors #10648
Film & Theater Personalities #25099
DID WE MISS SOMEONE?
CLICK HERE AND TELL US
WE'LL MAKE SURE
THEY'RE HERE A.S.A.P
Quick Facts

Carl Marino was born Carl Earl Marino, on August 27, 1970, to Carl and Carol Marino. He grew up in Hornell, New York City, along with his three sisters.

Carl graduated from 'Hornell High School' and then attended the 'United States Military Academy' at West Point for 2 years. He simultaneously studied criminal justice at the 'Rochester Institute of Technology.' After finishing college, Carl served as a deputy sheriff in New York for almost 17 years on the force. During most of his tenure, Carl was posted at the ‘Monroe County Jail.’

Carl Marino has been featured in several print and commercial projects. After serving as a deputy sheriff for a few years, he moved to California. He had lost his parents by then.

While in California, Carl signed with a modeling agency there. He soon bagged a role in a feature film. Simultaneously, he did some modeling in Rochester.

Carl was a camera-shy person in his childhood and adolescence. He never participated in any stage plays in school. However, he worked in the lighting department of a few theaters.

Carl Marino made his debut with a brief role in the 2009 film Liquor Store Cactus. The same year, he had a brief role in the comedy movie Funny People. Unfortunately, the role was uncredited. Carl’s first prominent role was in the NBC show Trauma. He was cast in the recurring guest role of Karl Sly in a few episodes of Trauma from 2009 to 2010. He also appeared as an unnamed paramedic and an EMT in a few episodes of the series. Carl made his official big-screen debut with the 2010 independent drama film Sedona's Rule. Carl appeared as ‘John’ in the movie. The same year, he played a character named ‘Ramone’ in the short film Absolution.

From 2010 to 2011, Carl Marino appeared in a recurring role of a SWAT team lead in the 'Investigation Discovery' documentary show I (Almost) Got Away With It. He was then seen as one of the lead characters in the crime documentary series Homicide Hunter. He essayed the role of the lead detective, ‘Lt. Joe Kenda,’ in all the nine seasons of the show. This has been the most significant role in Carl’s career. The show ran from 2011 to 2020. In 2011, he appeared as ‘Troy Hastings’ in I Faked My Own Death, a documentary miniseries on Discovery Channel.

Some of Carl’s other works in films and TV projects that have featured him in brief roles are Rizzoli & Isles, Mystery Diagnosis, True Blue, The Amazing Mr. Excellent, Gaikôkan Kuroda Kôsaku, Looking, First Dog, Bloodline, Alcatraz, Cuff Me If You Can, Love Bites, The World's Astonishing News !, and Fairly Legal. Interestingly, Carl Marino has appeared either as a policeman or an investigating officer in most of the films in his filmography.

He has appeared in uncredited roles in projects such as Stitch in time, The Master, Knife Fight, The Five-Year Engagement, Contagion, and Hereafter. Carl has also appeared in brief roles in two Bollywood films: My Name is Khan—where he appeared as ‘Officer Vaughn’—and Anjaana Anjaani, in which he appeared with his present wife.

Carl Marino is married to actress Ilona Marino. They walked the aisle on August 28, 2010. Carl has two adult children from his previous marriage. However, no details of his former wife and children are available. Carl’s previous marriage surfaced in the media after an 'Instagram' user named Mary Lou Buoymaster asked Carl about his previous marriage, on 10 December 2015. Carl conveniently avoided the question with the hashtag '#kindapersonalquestions.' Mary had asked the question out of curiosity, after she found about his children in an internal link. The site is no longer available.

Both Carl and Ilona are private people and prefer keeping their life away from the media spotlight. In 2016, they participated in 31 half and full marathons in over seventeen different states and three different countries. They raised over $100,000 in just 3 years of their charity marathons.

Carl Marino loves to play poker and is associated with a local poker league in San Francisco. He is quite good at the game and has been a champion in a few of the leagues.