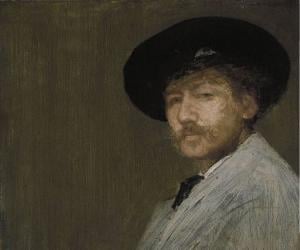 Danish Celebrities
French Celebrities
French Artists & Painters
Danish Artists & Painters
Male Artists & Painters
Cancer Artists & Painters
Childhood & Early Life
He was born on July 10, 1830 in Charlotte Amalie of St. Thomas island in the family of Abraham Gabriel Pissarro, a Portuguese Jewish descendent and Rachel Manzana-Pomie of the Creole heritage. His father, a merchant from France, visited the island to aid in settling the estate of his deceased uncle and ended up marrying his uncle’s widow.
The marriage of his parents was however not taken well by the small Jewish community of the island where they lived. As a result the four children of the couple had to attend an all-black school instead of the local Jewish school.
He moved to France at twelve years of age to attend the ‘Savary Academy’ in Passy. As a student he began to take interest in his French art teachers. After his return to the island of St. Thomas he was inducted as a cargo clerk by his father but his interest lied in the arts. During his five years tenure at the job he never missed a chance to sketch and paint during breaks and after work hours.
He was inspired by Danish artist Fritz Melbye who became his teacher and encouraged him to pursue painting professionally. Thereafter in 1852 he gave up his job and left for Venezuela where he worked along with Fritz Melbye for the next two years as an artist in La Guaira and Caracas.
In 1855, he returned to Paris and started assisting Anton Melbye, brother of Fritz. He attended many academic institutions including ‘Academie Suisse’ and ‘Ecole des Beaux-Arts’. He also studied under the likes of Charles-Francois Daubigny, Gustave Courbet and Jean-Baptiste-Camille Corot. 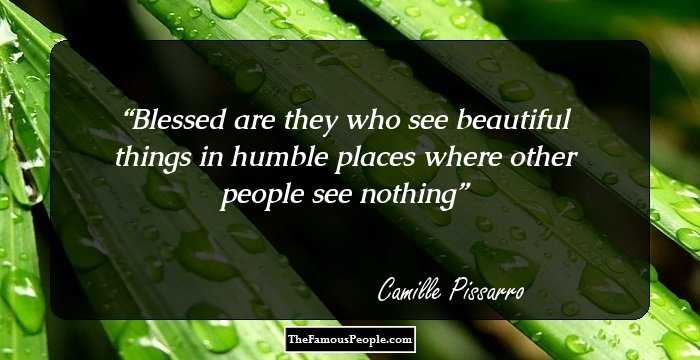 The Best Black Actresses Of All Time
Career
Paris Salon’s yearly exhibition acted as a platform for young aspiring artists to garner proper exposure. Thus, he attuned his early works in a conventional manner so that they meet the standards maintained by the Salon’s official body. His first painting was exhibited in 1859 where he introduced himself as a student of Anton Melbye.
He went under the tutelage of landscape and portrait artist cum printmaker Jean-Baptiste-Camille Corot who inspired him to capture the rural and natural essence of life in his canvas, the so called ‘Plein air’ painting. He was also moved by the works of Gustave Courbet and Jean-François Millet.
A year later he left Paris and visited the countryside along the Oise, Marne and Seine rivers to bring out the rural life in his paintings. While Corot preferred to give the finishing touch to his paintings back in the studio, Pissarro would complete it at the site that brought out more realistic approach in his works. The difference in style, however, created discord between the two.
He met fellow artists Paul Cézanne, Armand Guillaumin and Claude Monet in 1859 at the ‘Académie Suisse’ who advocated for a realistic style of painting with natural settings like Pissarro. They dissented the dictates followed by the Salon.
In 1863, the Salon rejected most of the paintings of the group. The then Emperor of France, Napoleon III arranged for their paintings to be displayed in the ‘Salon des Refusés’ hall. The exhibition included paintings of Pissarro and Paul Cézanne only but failed to garner much response from either the public or the Salon.
During the 1865 and 1866 exhibitions of Salon he inducted names of Camille Corot and Anton Melbye as his teachers in the catalogue but in 1868 he came up as an independent painter without crediting anybody.
He moved with his family to Norwood in England following the Franco-Prussian War and the Commune during 1870-71. He along with Claude Monet examined works of English landscape artists in museums and made a series of landscape paintings covering the surroundings of Crystal Palace and Norwood.
He returned to Louveciennes after a year only to find that most of his 1500 paintings that encompassed twenty years of his work were destroyed leaving only 40 behind.
In 1871, he settled in Pontoise and stayed there for the next ten years. He soon gathered a close circle, re-establishing his connections with old friends and Impressionist painters including Monet, Cézanne, Manet, Degas and Renoir. He expressed his views of displaying their style of paintings through an alternative of Salon.
Continue Reading Below
In this pursuit, in 1873 he helped in forming a society, ‘Société Anonyme des Artistes, Peintres, Sculpteurs et Graveurs’ composing of 15 artists. The first charter of the group was created by him .He played a prominent role in setting up and holding the group and was often called ‘Father Pissarro’ by many of his acquaintances.
The first 'Impressionist' Exhibition of the group was held in 1874 but met with negative response from critics. The same fate followed for a couple of years and Pissarro met with much criticism for his work.
He attempted different styles and themes in his work and at a later stage studied Neo-Impressionist style in the 1880s. He also adopted a new technique, the ‘pointillist’ approach of post-Impressionist painter, Georges Seurat and his contemporary Paul Signac after meeting them in 1885.
His new paintings that were displayed during the 1886 Impressionist Exhibition were remarkably different from his earlier Impressionists works. However, at a later stage he moved away from the Neo-Impressionist form of art.
Due to a recurrent eye infection in his old age, his outdoor work got hampered and he choose different hotel rooms at upper levels that would give him a broader view for his art work. 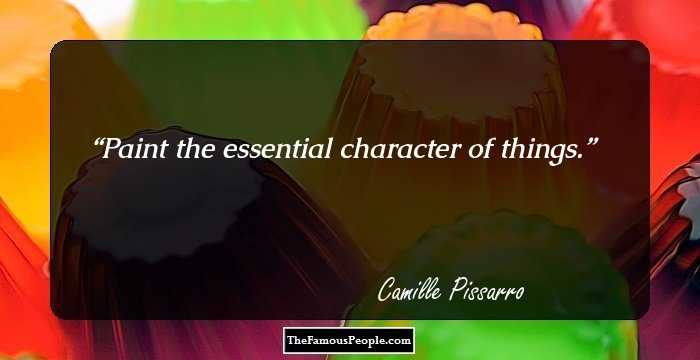 Quotes: Character
Personal Life & Legacy
He started a relationship with the maid of his mother, Julie Vellay who was the daughter of a vineyard grower. The couple had their first son Lucien in 1863 and in 1871 they got married in London.
The couple had eight children of whom one died at birth. All his children were painters of whom Lucien, Georges Henri Manzana and Félix were Impressionist and Neo-impressionist painters. Orovida Pissarro, his grand-daughter from Lucien was also a painter.
He died either on Novemner 12 or November 13 in 1903 in Eragny-sur-Epte and was buried in Paris in the ‘Pere Lachaise Cemetery’ where his tomb states the date November 12, 1903.
Many of his descendents through his daughter Jeanne Pissarro were artists including Henri Bonin-Pissarro, Claude Bonin-Pissarro and Frédéric Bonin-Pissarro. Joachim Pissarro, his great-grandson is a historian of art and served the ‘Museum of Modern Art’ in New York City as a curator of sculpture and painting. Joachim is at present a professor at the Art Department of the ‘Hunter College’.
You May Like

See the events in life of Camille Pissarro in Chronological Order