Cameron Alexander Dallas is the product of his generation. A generation that grew upon a staple diet of social media frenzy and short attention spans. If you haven’t heard of Cameron Dallas, it most probably means that you are a Luddite who is well past his/her adolescent years. Well, don’t beat yourself up. Here is your guide to the 21-year old internet phenomenon whose meteoric rise is a testimony to the changing landscape of the entertainment industry.
Back in 2013, the world was introduced to a new social-media platform called ‘Vine’, where users could share and watch 6-second-long looping video clips. It was only a matter of time, before the popularity of ‘Vine’ soared, thanks largely to a host of celebrities who quickly jumped on the bandwagon.
Cameron Dallas was shrewd enough to see the potential of this new sensation. The lanky Californian, who already had a considerable fan following on ‘Instagram’, saw the GIF-like brevity of ‘Vine’ as the ideal platform to showcase his zany sense of humor and striking good looks. And just like that, things started to fall in place for him. Logan Paul
8th September In History
DID WE MISS SOMEONE?
CLICK HERE AND TELL US
WE'LL MAKE SURE
THEY'RE HERE A.S.A.P
Quick Facts

American People
American Men
California Instagram Stars
California YouTubers
Virgo Youtubers
The Meteoric Rise To Stardom
By 2014, Dallas had a fan following of more than eight million, a feat that’s all the more incredible when you consider the fact that he was a nobody when he started out. The videos, which mainly focused on the outlandish antics of Dallas and his friends, were often engaging, hilarious and most of all, relatable. For instance, candid vignettes like ‘Realizing you’re a shitty friend’, ‘When you’re the first one to fall asleep’ and ‘Hugging people that are too tall’ are hilarious takes on real-life situations that adolescents face. Whereas, clips like ‘You can’t catch them all’ and ‘I came in harder than Miley’, took a dig at the trending topics of the day.
Recommended Lists:

Continue Reading Below
What Makes Cameron Dallas So Special
So, what was the secret ingredient that made Dallas stand out from the rest of the 200-million-odd ‘Vine’ users? Simple, here was a handsome brat who seemed to be having a whale of a time goofing around - celebrating life with a little mischief and a lot of laughter. Invariably, teens all around the world were drawn to the youngsters at the center of these colorful sketches, who had somehow managed to strike the balance between silly humor and natural charisma.
Recommended Lists:

American Instagram Stars
American Social Media Stars
Virgo Men
Acclaim followed adulation and Dallas won his first ‘Teen Choice Award’ for ‘Best Viner’ in 2014. In the same year, he made his feature film debut with the teen comedy titled ‘Expelled’. The movie, which banked heavily on Dallas’ real-life persona, told the story of a mischief-maker who lands in a soup when he gets expelled from school and his desperate attempts to avoid the ensuing trouble.
Though it failed to make a mark, Dallas’ spirited performance bespoke a Hollywood heartthrob in the making. But Dallas didn’t stop there. Guided by an astute sense of what was at stake and the fear of ending up as a break-out kid who fizzled out and went poof, Dallas carefully built his brand. Having launched a clothing line with ‘Aeropostale’ (alongside Hayes and Nash Grier), Dallas forayed into the music industry with the release of his first single, “She Bad”, which reached No. 46 on the ‘Hot R&B/Hip Hop’ Chart.
What was essentially a soaring career in its early stages, surged into the fashion stratosphere when Dallas was signed up by ‘Calvin Klein’. Dallas was the show-stopper at the ‘Milan Fashion Week’, where a street had to be shut down and barricades hastily erected to contain a frenzied crowd of thousands who had flocked in to catch a glimpse of the six-second wonder.

If his strong fan following of millions across social media platforms failed to catch the attention of the oblivious, the coverage of this unprecedented gathering at a prestigious fashion event, most certainly did. Dallas, who recently finished shooting with Jack Pierson for ‘Vogue Hommes’, is exultant and grateful for all the adulation bestowed upon him.
“The best thing for me, and I say this all the time, is meeting all of them and getting the chance to put a face to a fan account,” says the model, who is endearingly called Cam by his doting fans.
Beyond Fame
The journey has not been without the false notes, though. The bane of being a celebrity is that controversy follows you doggedly. Dallas was no exception to the rule, and his recent quip on Jessica Alba at the ‘2016 Teen Choice Awards’ brewed up a storm and received much flak. For those of you who live under a rock, here is how it unfolded
During a game of ‘Would You Rather’ at the TCA backstage, Dallas was asked if he would rather use Jessica Alba’s toothbrush or Justin Timberlake’s. True to his nature, the youngster responded bawdily, "I would honestly choose Justin Timberlake just because I don't know where Jessica's been."
Within minutes, social media sites were abuzz with reactions of both fans and detractors to the statement, with some even going as far as suggesting that Dallas’ sexist comments were the telling signs of a misogynist. Dallas was quick to take to the social media to defend himself and shrug it off as an inane joke, but the media was not so kind to let it pass lightly.
Behind The Curtains
As the outcry over his “slut-shaming” of Jessica Alba refuses to die down, Dallas might have learned one or two important lessons about the perils of being in the limelight and the need to be constantly on guard against stumbling blocks.
Thanks to the short memory and attention spans of present generation, the scandal will probably die down before it could take the shine off his public image. With a Netflix reality series and a host of modelling assignments in the pipeline, the future looks bright and promising for Dallas.
“I will continue to try and be innovative to keep it fresh for my fans. You never really know what you’ll get out of Cameron Dallas. That’s the beauty of it and what keeps me (and my audience) interested,” asserts Dallas with a smile that won over a legion of fans. 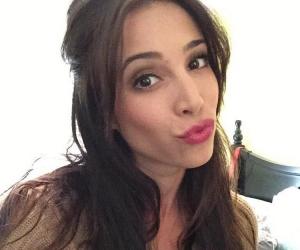