Advanced Search
Callista Gingrich is a noted American author and diplomat, currently serving as the US Ambassador to the Holy See. Born into a middle-class working family, she developed an early interest in music, eventually earning her Bachelor’s degree in music from Luther College, Iowa. During this time, she attracted the attention of the local Republican Congressman while singing on parade floats and he offered her an internship, which she accepted possibly out of curiosity; until then she had no political ambition. But by the end of her internship, she became interested enough to accept a position at the Congressman’s office, eventually moving to House Committee on Agriculture, where she served until 2007. Meanwhile she married the former Speaker of the U.S. House of Representatives, Newt Gingrich, with whom she launched a multimedia company, producing number of historical and public policy documentaries through it. Concurrently, she also started writing children’s book, two of which were New York Times best seller list. She also heads Gingrich Foundation, a nonprofit organization involved with charity works. Horatio Alger
DID WE MISS SOMEONE?
CLICK HERE AND TELL US
WE'LL MAKE SURE
THEY'RE HERE A.S.A.P
Quick Facts

American People
Pisces Writers
Women Writers
American Writers
American Female Writers
Childhood & Early Life
Callista Louise Gingrich nee Bisek was born on March 4, 1966 in Whitehall, a city in the US state of Wisconsin. Her father, Alphonse Emil Bisek, initially worked as a meat grader at Whitehall Packing Company. Later, he moved to Mondovi Foods and then to TRW plant in Ettrick, Wisconsin.
Her mother, Bernita (Krause) Bisek, was initially a secretary at Merchants National Bank. Later she served at the Whitehall School District, and the Trempealeau County Abstract and Title Service.
Called Cally Lou at home, she was her parents’ only child. Although they were not very affluent, she never lacked anything. She did her schooling from the Whitehall Memorial High School, graduating as valedictorian from there in 1984.
She became interested in piano while she was in her fourth grade. By the time she was in her junior school, she had started singing in the school choir and playing the organ in the church. Sometime now, she also started playing the French horn.
In 1984, she entered Luther College in Decorah, where she majored in music. During this period, she became a member of the music honor society, Pi Kappa Lambda. She was also a Regents Scholar and graduated cum laud in 1988.
After graduating from Luther College, Callista decided to pursue a graduate program in broadcast journalism at Emerson College, in Boston. But fate had a different plan for her.
Continue Reading Below
Career
While at Luther College, Callista Gingrich often sang on parade floats for Representative Steve Gunderson, a Republican Congressman and the elder brother of her friend Matt Gunderson. As she was preparing to leave for Boston, Matt offered an internship with Steve Gunderson.
Although she was not politically ambitious, she moved to Washington DC in 1988, possibly out of curiosity, intending to return home after the internship was over. Instead, she joined Gunderson's congressional staff, remaining with it till 1995. It was here that she met her future husband, Newt Gingrich.
In 1995, she was appointed the Chief Clerk at the House Committee on Agriculture. During her tenure, the Committee held hearings on varied issues like biotechnology, bioterrorism, conservation, forest management, nutrition, rural development, trade and welfare reform etc, giving her a wide exposure.
In 2007, she resigned from her post at House Committee on Agriculture in order to launch Gingrich Productions along with her husband, Newt Gingrich. She was also appointed CEO and President of the company. Meanwhile, she illustrated ‘Rediscovering God in America’, a 2006 bestselling book written by her husband.
Multimedia Person & Author
As the CEO of Gingrich Productions, Callista Gingrich produced number of historical and public policy documentaries. ‘Rediscovering God in America’ (2008), which was based on her husband’s bestselling book, was one of her earliest productions. Newt and Callista Gingrich served as its narrator.
In 2009, she produced three important documentaries: ‘Ronald Reagan: Rendezvous with Destiny’, ‘Rediscovering God in America II: Our Heritage’ and ‘We Have the Power’. It was followed in 2010 by ‘America at Risk’ and ‘Nine Days that Changed the World’.
In 2011, she released another important multimedia work, ‘A City Upon A Hill: The Spirit of American Exceptionalism’. Also in the same year, she emerged as an established author, publishing her first children’s book featuring Ellis the Elephant, ‘Sweet Land of Liberty’ and also co-writing 'Ronald Reagan: Rendezvous with Destiny'.
In 2011, as Newt Gingrich stood for Republican Party presidential primaries, she began to appear by his side in public rallies. However, she became more active in 2012, speaking out in support of her husband for the first time on February 10, 2012.
She also made speaking appearances at Republican women's groups, met Gingrich supporters, and gave speeches at various rallies. But in spite of her busy schedule, she also found time to write, publishing her second Ellis the Elephant book, ‘Land of the Pilgrims' Pride’, in the same year.
Continue Reading Below
Continuing to write, she published five more children’s books with Ellis the Elephant as the central character. They are: ‘Yankee Doodle Dandy’ (2013), ‘From Sea to Shining Sea’ (2014), ‘Christmas in America’ (2015), ‘Hail to the Chief’ (2016) and ‘Remember the Ladies’ (2017).
Among her multimedia works in post campaign period, the most important are ‘Divine Mercy: The Canonization of John Paul II’ (2014) and ‘The First American’ (2016). In addition, she also gave her voice to several audio books with her husband.
As Ambassador
In May 2017, she was nominated an Ambassador of the United States to the Holy See by President Donald Trump, her appointment was confirmed by the Senate on October 16. On December 22, 2017, she presented her credentials to Pope Francis and officially assumed her duties.
Major Works
Callista Gingrich is probably best known for her children’s books series featuring Ellis the Elephant. The series consists of seven books, among which ‘Sweet Land of Liberty’ and ‘Land of the Pilgrims Pride’ were on the New York Times bestsellers list.
Awards & Achievements
In February 2018, Gingrich received an honorary doctorate from the Ave Maria School of Law.
Family & Personal Life
In 1993, while working at the office of Steve Gunderson, Callista Gingrich, then Callista Bisek, met Newt Gingrich. He was then House Minority Whip, 23 years her senior. By that time, he was twice married and had two grown up daughters, Kathy and Jackie Sue.
In December 1999, Newt obtained divorce from her second wife. Eventually after about seven years of courtship, Callista and Newt got married on August 18, 2000 in a private ceremony. Herself a committed Catholic, she persuaded her husband to become one in 2009.
In spite of her busy schedule, Callista Gingrich remains dedicated to music, singing alto at the choir of the Basilica of the National Shrine of the Immaculate Conception in Washington, D.C. She also plays French horn with the City of Fairfax Band in Fairfax, Virginia.
She is also a great philanthropist and as the President of Gingrich Foundation, she established, among others, the ‘Newt L. and Callista L. Gingrich Scholarship’. It is to be awarded to qualified instrumental music majors studying piano, organ or wind instruments at her alma mater Luther College in Decorah.

See the events in life of Callista Gingrich in Chronological Order 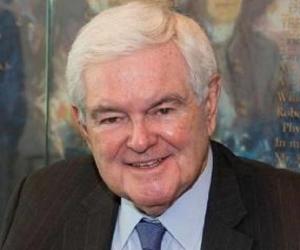 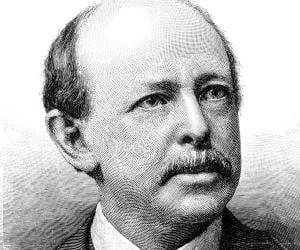