Brock Butler, popularly known as Rocktard, is the second youngest member of the famous YouTube family, Shaytards. He is the first child in the Shaytard family to have his entire life so far meticulously documented. Right from the point his parents discovered the pregnancy, every little detail leading up to his birth and after have been recorded and shared with the world. Brock Butler is a star kid and a true icon of the Shaytard family. Brock has no inhibitions whatsoever and is camera-friendly and outgoing. If you check his vlog, many a times you would find him recording for himself, which is rare for children of his age. However, given the stardom, fandom, and celebrity status that Brock has received ever since his birth, he hasn’t let anything get into his head. He shows promise of making it big someday! Way to go boy! 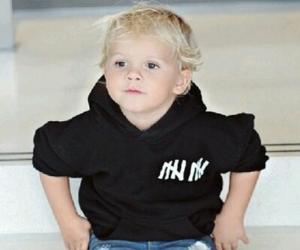 American People
Idaho YouTubers
Male Youtubers
Gemini Youtubers
American YouTubers
The Meteoric Rise to Stardom
While some get famous in life eventually, some are born famous. Brock Butler, however, had become famous even before he was born! As strange as this may sound, this kid had started experiencing fandom, love and adulation of his admirers when he was merely a foetus in his mother’s womb. As such, even before he was born, fans knew about him as the Shaytards had documented Collette’s entire pregnancy on the Shaytard vlog channel. He is the fourth child of the couple, and the second youngest of the family. Known popularly as Rocktard, Brock Butler is a YouTube star. If you look at his vlog, you would agree that Brock is just like any other kid of his age – naughty, innocent, funny, cute, adorable, intelligent, and fun loving all at once! Also, more often you would find him carried around with his blanket in the videos. Why so? Because he is so attached to his blanket that he sometimes throws a fit if he can’t find his blanket near him when he feels sleepy or has just woken up! Considering his young age and cuteness, Brock truly is a rock star kid and the true icon of the Shaytard family.
Recommended Lists:

Famous Beautiful Women With Green Eyes
Continue Reading Below
Behind the Curtains
Brock Butler was born on June 10, 2010 in Idaho, USA. He is the fourth child of the famed YouTube family, the Shaytards, with three elder siblings, Gavin, Emmi and Avia. He has a younger brother, Daxton. A camera friendly boy, Butler’s entire life has been a documented story for his fans who have religiously followed him from the time his parents, Shay and Collete discovered the pregnancy and filmed its entire duration. And even after he was born, Butler’s life has been fully recorded on the film. As a child, Butler, as claimed by his parents was the easiest baby of the five children. He was mild-mannered. He loved making noise, and had a fancy for dancing and singing. He started to crawl when he was barely nine months old, and while trying to walk was known to do the ‘stanky leg’ dance. As a toddler he had a rivalry with the family dog, Zeke, but was extremely fond of his younger brother Daxton and cousins, Cooper and Gage. He is close to Emmi and Avia as well. Brock’s first ever phrase was ‘Oh Man’. Brock is growing up fast and can now perform flips and cartwheels. His favourite food is mac and cheese.
You May Like