Brittany Matthews is an American fitness trainer, businesswoman and former professional soccer player. She is best known as the longtime girlfriend of professional NFL player, Patrick Mahomes II, who serves as a quarterback for the Kansas City Chiefs. Brittany played school level soccer for Whitehouse High School in Whitehouse, Texas and went on to represent UT Tyler at collegiate level. As a professional player, she was signed to the Iceland pro team UMF Afturelding/Fram in 2017. She is now the owner of her own fitness brand, Brittany Lynne Fitness, via which she offers fitness and health coaching to clients. She hopes to work with children with special needs someday. She is also known for posting her workout photos and videos on her Instagram profile, on which she has a decent 22k followers. While Matthews has been dating Mahomes for over six years now and both of them have been quite open about the relationship, she suddenly surfaced on the media after being spotted cheering her boyfriend from the stands as the young quarterback made a game-changing throw during Kansas City Chiefs' recent last-minute win over the Broncos on October 2nd, 2018. She has sponsorship deals with Herbalife Nutrition and Lululemon. She has done a bridal photoshoot for her friend, wedding planner Ashlyn Paige. Raghuram Rajan
1st September In History
DID WE MISS SOMEONE?
CLICK HERE AND TELL US
WE'LL MAKE SURE
THEY'RE HERE A.S.A.P
Quick Facts

education: University of Texas at Tyler

Raghuram Rajan
Rise to Stardom
Brittany Matthews has been playing competitive sports since her school days; however, she was not sure about a career in sports until she joined the University of Texas at Tyler. She joined the college because it was close to her home and also because she was encouraged to join the team by other girls playing there. She fell in love with soccer around this time and began playing collegiate soccer. During her college career of four years, she scored 31 goals, made 16 assists and helped the Patriots to a striking 56-13-5 record.
She had made into the 'ASC Academic All-Conference Team' in her senior season and was also named the 'American Southwest Conference Offensive Player of the Week' twice in September 2015 and again in 2016. Seeing her success at collegiate level, she decided to pursue professional soccer after completing her studies. In May 2017, even before graduating from college, she signed a contract with Iceland pro team of UMF Afturelding/Fram, in the Champions Room. at the UT Tyler athletic building in the presence of her boyfriend, Patrick Mahomes II, her coach at UT Tyler, as well as family members like her parents and her grandmother. However, she later decided to quit sports and build a career as a fitness coach and began working for Herbalife. Since then, she has established her own personal training business and helps clients reach their health and fitness goals via programs available through her website www.brittanylynnefitness.com.
You May Like

The Sexiest Men Of 2020, Ranked
Continue Reading Below
Personal Life
Brittany Matthews was born on September 1, 1995 in Tyler, Texas, to Martin Scott Matthews and Diana Massey. She has a brother named Devin. She attended Whitehouse High School in Whitehouse, Texas, where she played soccer and was the team captain during her senior year. She was named the 'Offensive MVP' and made it to 'First Team All-East Texas' and 'First Team All-District'. She then enrolled at the University of Texas at Tyler, from where she completed her graduation with a Bachelor of Science degree in Kinesiology. She played collegiate soccer at UT Tyler and was a forward for the college team.
Relationship with Patrick Mahomes II
Both Brittany Matthews and Patrick Mahomes II attended Whitehouse High School in Whitehouse, Texas and are high school sweethearts who have been together for about six years. In March 2016, Mahomes had shared an Instagram post via which he revealed that they recently celebrated their fourth anniversary together. Two months before that, in January 2016, Brittany had posted a tweet professing her love for him, which now remains pinned to her twitter feed. While both of them attended the same high school, they went on to enroll at rival colleges: she got into UT Tyler while her boyfriend attended Texas Tech University in Lubbock. The couple currently lives together in Westport, Kansas City, Missouri, and co-parents their pit bull puppy, Steel, which has its own Instagram account. She often travels with Patrick Mahomes II and cheer him from the stands during his matches. 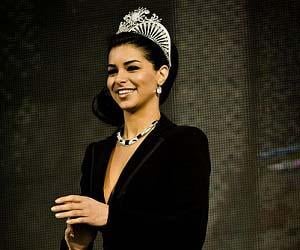 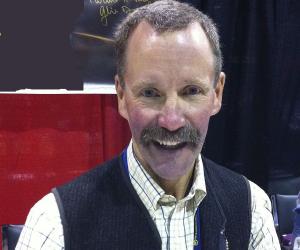