Nikki Grahame was an English model, TV personality, and author. She came into prominence in 2006 when she participated in the seventh series of the popular reality TV show Big Brother UK. She then went on to star in her own reality show Princess Nikki, which increased her popularity. In 2006, she was honored at the National Television Awards with the Most Popular TV Contender award. Nikki Grahame, who suffered from anorexia nervosa, wrote two books based on her experiences with the eating disorder. The books, which were autobiographical in nature, were released in 2009 and 2012. Nikki Grahame passed away on 9 April 2021 due to complications from the illness. 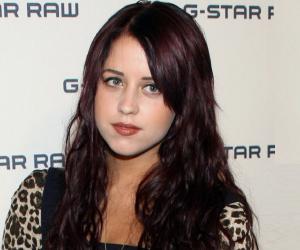 Nikki Grahame was born Nicola Rachele-Beth Grahame on 28 April 1982, in Northwood, London, England, to Susan and David Grahame. She had a happy childhood, which was rocked at the age of eight when her parents divorced. After her parents' separation, she was raised by her mother. She had another major upset during her childhood when her grandfather died from cancer. She went to Northwood School, a coeducational secondary school, in London.

Nikki Grahame developed an eating disorder at a young age, forcing her parents to admit her to Maudsley psychiatric hospital where she was treated at a children's eating disorders unit. Several months later, she was admitted to Hillingdon Hospital where she refused to eat. Although she was force-fed through a tube, her condition did not improve and she was transferred to Collingham Gardens’ psychiatric unit in west London. She spent the next eight months at Collingham Gardens before returning home.

After 18 months Nikki Grahame’s weight began to drop again and she was readmitted to Collingham Gardens where she spent the next six months. She was then transferred to Great Ormond Street Hospital where she was admitted to the psychiatric and eating disorders ward. Her disorder resulted in many suicide attempts; she swallowed 22 paracetamol pills when she was 12 years old. She even refused treatment and slipped into a coma. After regaining consciousness, she was admitted to an eating disorders clinic called Rhodes Farm where she started showing signs of improvement after six months. She was released from the clinic at the age of 16 but relapsed again when she was 18 years old. She was then admitted to an adult eating disorder ward where she showed signs of improvement.

Nikki Grahame started her TV career in 2003 when she appeared in the British soap opera, EastEnders. The same year, she appeared in a dating game show titled Blind Date. In 2004, she took part in the Miss Hertfordshire pageant, finishing fourth. Her big breakthrough came in 2006 when she participated in Big Brother UK 7. Her popularity increased after appearing in the show. Subsequently, she earned the opportunity to host her own show titled Princess Nikki, which ran for a season.

Nikki Grahame went on to appear in several TV shows, such as 8 out of 10 Cats and Celebrity Scissorhands. In 2007, she returned to the Big Brother franchise, appearing as a reporter in Big Brother's Little Brother. In 2009, she released her first autobiography Dying to Be Thin. The following year, she returned to compete in Ultimate Big Brother where she finished second. Two years later, she released her second autobiography titled Fragile.

Over the next few years, Nikki Grahame appeared in several shows, most of which were Big Brother spin-offs. In 2016, she participated in Big Brother Canada 4 where she finished sixth. In 2017, she appeared as herself in one of the episodes of the popular TV reality series, In Therapy. In 2019, she appeared in Britain's Got More Talent. The following year, she made her final appearance in Big Brother: Best Shows Ever

In March 2021, Nikki Grahame’s family stated that she had relapsed again and is willing to recover. They started a GoFundMe fundraiser and raised more than £60,000 towards her treatment. On 24 March, she was admitted to Dorset County Hospital from where she was released on 8 April 2021. On 9 April 2021, she passed away due to complications from her eating disorder.