Bodhi Pine Elfman is an American film actor, producer, director, as well as a screenwriter. He has played some popular characters on television including that of ‘Avram Hader’ in ‘Touch’, ‘Peter Lewis/Mr. Scratch’ in ‘Criminal Minds’, and ‘Londo Pearl’ in the American science fiction television show ‘Freedom’. Elfman has also appeared in several movies, albeit in small roles. His filmography includes ‘Mercury Rising’, ‘Collateral’, ‘Godzilla’, ‘The Mod Squad’, ‘Keeping the Faith’, ‘Gone in 60 Seconds’ and ‘Armageddon’. The son of filmmaker Richard Elfman, Bodhi was introduced to the show business at an early age. Born with an inherent love for acting, he decided early on to pursue a career in this field. He was supported by his parents in his endeavors and worked hard to realize his dream of becoming a popular actor one day. 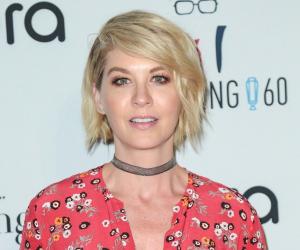 Miles Teller
Actors #2991
Film & Theater Personalities #6614
Continue Reading Below
19th July In History
DID WE MISS SOMEONE?
CLICK HERE AND TELL US
WE'LL MAKE SURE
THEY'RE HERE A.S.A.P
Quick Facts

American People
California Actors
Cancer Actors
American Actors
Actors Who Are In Their 50s
Career
Bodhi Elfman started his career in 1991 with a small role in the ABC series ‘Life Goes On’, playing the character of ‘Mark’ in two episodes named ‘Life After Death’ and ’Out of the Mainstream’. A year later he appeared as ‘Joe’ on a television drama movie ‘Doing Time on Maple Drive´, directed by Ken Olin. Between 1993 and 2005, he appeared as guest characters in over 30 different television shows, such as ‘Phenom’, ‘Sisters’, ‘Step by Step’, ‘3rd Rock from the Sun’, ‘Ink’, ‘Dharma & Greg’, ‘Veronica's Closet’, and ‘Dragnet’.
In addition to doing these bit roles, he appeared alongside Holt McCallany, Scarlett Chorvat and Darius McCrary in the UPN television series ‘Freedom’ as a lead character, ‘Londo Pearl,’ in 2000.
In 2005, he appeared as ‘Andy’ in ‘Misadventures in Matchmaking’ and later in 2010, he appeared in a ‘CSI: Crime Scene Investigation’ episode as ‘Rylan Gauss’. In 2012-13, he played a recurring role on the Fox television drama ‘Touch’. Recently he played the character of ‘Peter Lewis’ aka ‘Mr. Scratch’ in the American police procedural crime drama television series ‘Criminal Minds’ from 2015-17.
Elfman has appeared in some films too; his filmography includes ‘Mercury Rising,’ ‘Godzilla’, and ‘Armageddon’ in 1998, ‘The Mod Squad’ in 1999, ‘Keeping the Faith’ and ‘Gone in 60 Seconds’ in 2000, and ‘Collateral’ in 2004.
You May Like

American Film & Theater Personalities
Cancer Men
Continue Reading Below
Personal Life
Bodhi Elfman was born as Bodhi Pine Saboff on July 19, 1969 in Los Angeles, California. His father was the filmmaker Richard Elfman and his mother’s name was Rhonda Joy Saboff. He is the only child of his parents. He is the grandson of author Blossom Elfman and is also related to composer Danny Elfman.
At a Sprite commercial audition in 1991, he met fellow actress Jennifer Mary Butala. The duo got married four years after their first meeting. Bodhi was practicing Scientology at that time and he introduced his wife its tenets; later both of them became active Scientologists. The couple had their first child, son Story Elias Elfman, on July 23, 2007, and their second son, Easton Quinn Monroe Elfman, in March 2010.
Elfman bought a 5000 sq ft home from singer Madonna but later sold it to actress Katey Sagal for US$4.7 million. The Elfmans have their own podcast ‘Kicking and Screaming by Jenna and Bodhi Elfman’ which they started in 2012.