Jenna Elfman is an American actress, who is known for her performance in television comedies, such as 'Dharma & Greg' and ' Accidentally on Purpose'. A California native, Elfman was a student at California State University, Northridge (CSUN). When she was five years old, she began training in ballet. However, she was eventually forced to quit after the tendon separated from her bone. At the beginning of her professional career, she was a dancer and appeared in various music videos. She made her screen debut as an actor in a 1992 episode of ‘Murder, She Wrote’. Elfman landed her first leading role in 1996 in the ABC sitcom ‘Townies’. A year later, she made her cinematic debut in the action-comedy film ‘Grosse Pointe Blank’. Her most well-known outing was the ABC sitcom ‘Dharma & Greg’, for which she earned three Primetime Emmy nominations and a Golden Globe Award for Best Actress – Television Series Musical or Comedy in 1999. At present, Elfman is part of the main cast of the AMC horror-drama series ‘Fear the Walking Dead’. 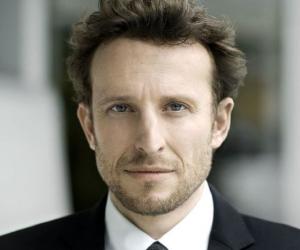 American People
American Women
California Actresses
California State University, Northridge
Libra Actresses
Childhood & Early Life
Jenna Elfman was born on September 30, 1971, in Los Angeles, California, to Sue Butala and Richard Butala. She has two siblings, a sister, Debbie, and a brother, Rick. Her mother was a homemaker whereas, her father served as a Hughes Aircraft executive. She is of Croatian descent through her father and grew up in a Roman Catholic household.
After graduating from the Los Angeles County High School for the Arts, she enrolled at California State University, Northridge (CSUN). At the age five, she began receiving ballet lessons and later attended the Westside School of Ballet on a full scholarship. However, she ultimately had to quit it when the tendon separated from her bone.
Continue Reading Below
You May Like

The Best Black Actresses Of All Time
Career
As a dancer, Jenna Elfman appeared in a number of music videos, including for Depeche Mode's 'Halo' (1990), Anthrax’s ‘Black Lodge’ (1993), and Chris Isaak’s ‘Somebody’s Crying’ (1995). She was also featured on various commercials.
In 1992, she made her acting debut in the season eight episode, ‘Danse Diabolique’, of CBS’ crime-drama series ‘Murder, She Wrote’.
In 1996, she began playing Shannon Canotis in the ABC sitcom ‘Townies’. This was her first appearance in a leading role. However, ABC cancelled the show after airing 15 episodes.
She starred in several other short-lived situational comedies in the latter part of her career, including CBS’ ‘Courting Alex’ (2006), CBS’ ‘Accidentally on Purpose’ (2009-10), NBC’s ‘1600 Penn’ (2012-13), NBC’s ‘Growing Up Fisher’ (2014), ABC’s ‘Imaginary Mary’ (2017).
In 2004, she portrayed Frankie in a two-episode arc in season one of the CBS sitcom ‘Two and a Half Men’. She returned to the show in the season-nine premiere in 2011 to guest-star as her ‘Dharma & Greg’ Character, Dharma Montgomery.
Jenna Elfman was cast as the investment bank employee Naomi Walling in the fifth season of Audience Network’s legal thriller series ‘Damages’ in 2012. Over the years, she has also guest-starred in a number of TV shows, including ‘Roseanne’, ‘My Name Is Earl’, and ‘Royal Pains’. Elfman joined the cast of AMC’s ‘Fear the Walking Dead’ in season four (2018) to portray a mysterious nurse with multiple identities.
Elfman debuted on the big screen in 1997 in John Cusack and Minnie Driver-starrer ‘Grosse Pointe Blank’. In the ensuing years, she has also appeared in films like ‘Keeping the Faith’ (2000), ‘Looney Tunes: Back in Action’ (2003), ‘The Six Wives of Henry Lefay’ (2009), and ‘Barry’ (2016).
Jenna Elfman served as a producer on several episodes of ‘Dharma & Greg’, ‘Courting Alex’, and ‘Accidentally on Purpose’. She also produced her 2005 romance-drama film ‘Touched’. In 2012, she and her husband began hosting a podcast, named ‘Kicking and Screaming by Jenna and Bodhi Elfman’.
Major Works
‘Dharma & Greg’ aired on ABC from September 24, 1997, to April 30, 2002, and was a critical and commercial hit. It helped Elfman establish herself as one of the most prominent TV actresses of late 1990s and early 2000s.
Family & Personal Life
In February 1991, Jenna Elfman became acquainted with actor Bodhi Elfman while they were both answering an audition call for a Sprite commercial. They began dating not long after. On February 18, 1995, the couple exchanged wedding vows. Elfman gave birth to their oldest son, Story Elias, on July 23, 2007. The couple welcomed their youngest son, Easton Quinn Monroe, on March 2, 2010.
A highly active member of the Church of Scientology, Jenna Elfman is involved with a number of charitable organizations, including the Environmental Working Group and Dizzy Feet Foundation.

See the events in life of Jenna Elfman in Chronological Order