Robert Lane ‘Bob’ Saget was a well-known edgy and in your face stand-up comedian, television host, and actor. He was born and brought up in Pennsylvania and pursued his acting course at Temple University. It was here that he created his first work called Through Adam’s Eyes. He initially struggled by doing stand-ups in various comic clubs where he made friends with many known comedians. It was ultimately his lead role in the American sitcom Full House, where he played the role of a widowed father with three young girls, which fetched him the kind of success he deserved. He did many television shows after that - most of them were family and comedy based. He was the creator of many creative projects like Farce of the Penguins, a spoof on the nature documentary; Bob Saget: That Ain’t Right, a stand-up show for HBO; and For Hope, a sensitive movie. Jim Carrey
DID WE MISS SOMEONE?
CLICK HERE AND TELL US
WE'LL MAKE SURE
THEY'RE HERE A.S.A.P
Quick Facts

Bob Saget was born in Philadelphia, Pennsylvania, to Benjamin Saget and Rosalyn Saget. His father was an executive at a supermarket and mother was a hospital administrator.

Saget went to the Abington Senior High School and wanted to be a doctor but one of his teachers, after seeing his creative talent, pushed him towards pursuing a career in movies.

He went to the Temple University to pursue film studies. It was during this time that he created Through Adam’s Eyes. It was a black and white film for which he got the Student Academy Award.

After graduating from the Temple University, he went to study film at the University of California but he did not attend much of it and finally dropped out. 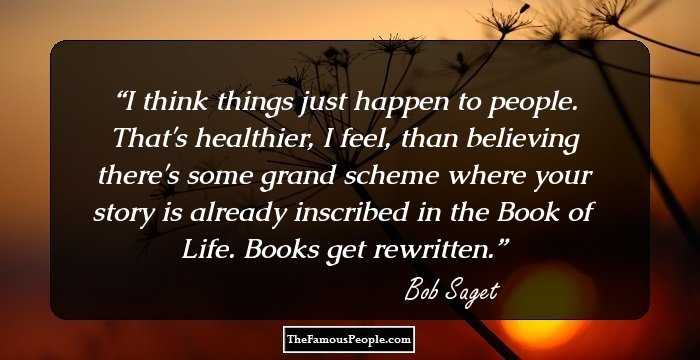 Bob Saget decided to move to Los Angeles and tried to portray his comic talent through stand-up routines that he managed to get in comic clubs. He worked on his craft there and befriended comedians like Dave Coulier.

While still struggling hard to get something substantial for himself, Saget met Brad Grey who took up the job to manage his affairs and he started getting small roles in television and movies.

In 1987, Saget got the opportunity to become a part of The Morning Program to add humor to the show. The show was co-hosted by Mariette Hartley and Rolland Smith, but this stint did not last long.

After losing The Morning Show, Bob Saget landed the most successful role of his career. He played the role of a widowed father on Full House. The show was on top 20 just after it was premiered on ABC.

In 1990, Saget became a part of another comic show and started hosting America’s Funniest Home Videos. It required him to provide transitions between the videos and gave his comical commentary.

After Full House was cancelled, Saget moved on to do stand-up comedy again and this time came out with stuff which was considered edgy and at times obnoxious. In 1996, he made a TV movie called For Hope.

In 2001, he took up the leading role in an American sitcom Raising Dad. Bob Saget portrayed the role of a widowed father of two teenage girls. The show did not do very well and was taken off air very soon.

In 2005, Bob Saget did a documentary called The Aristocrats. Around the same time, he became the narrator on one of the most famous sitcoms of this decade, How I Met Your Mother.

In 2006, he started writing, producing, and giving voice over for the nature documentary parody Farce of the Penguins and around this time, he also became the host of the primetime game show 1 vs 100.

In 2007, Saget created his own stand-up show called Bob Saget: That Ain’t Right for the HBO cable network. He did Broadway debut during this period called The Dowry Chaperone.

In 2010, he did Strange Days for A&E. The show was about showcasing other people’s life, the different activities they pursue and the lifestyle they have adopted. Their adventures were showcased in the show. 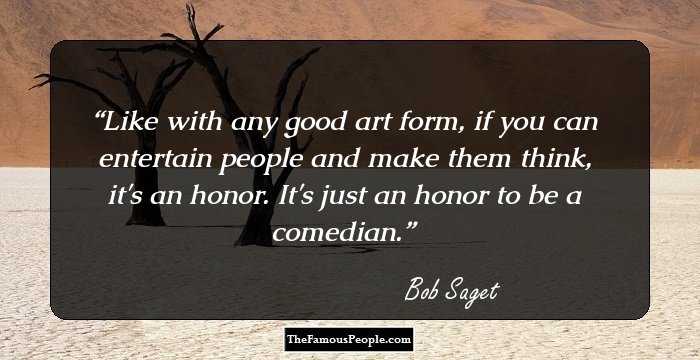 In 1983, Saget got married to his high school sweetheart Sherri Kramer. They had three daughters together: Aubrey, Lara Melanie and Jennifer Belle. The marriage worked out only for 15 years. They parted ways in 1997. In 2018, he married blogger Kelly Rizzo.

Bob Saget was found dead by the hotel staff at the Ritz-Carlton Orlando, Grande Lakes in Orange County, Florida, on January 9, 2022. The authorities did not find any foul play or drug use. He was 65 at the time of his death. 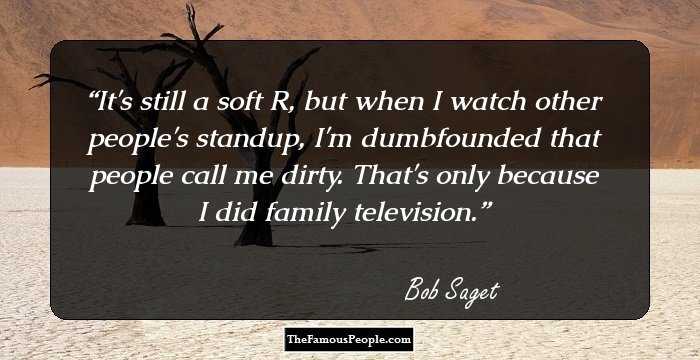 He did an appearance in The Dating Game.

His sister died of scleroderma at the age of 47.

He had been called the worst comedian ever as well as the best comedian.

He had done many episodes on Make me Laugh.

He had a bout of appendix when he was young and went through terrible pain for seven straight hours.

See the events in life of Bob Saget in Chronological Order 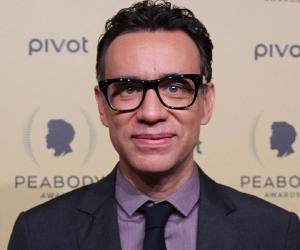