Abraham Flexner is one of the few individuals who revolutionized education and medical sciences in the modern world. Since a very young age, Flexner believed that good education is the key to a better society. Flexner realized the flaws in the American education system, and started a school at the age of nineteen. He felt that any educational institution would be ideal if they had fewer pupils in each class, and more individual attention towards each of them. He implemented these ideas in his own institution first, which was a different approach compared to the ones followed by most schools those days. He even raised his voice against the unorganized functioning of universities through his books. All of his literary works have been considered great eye-openers by the American society, be it their opinions on the education system or the field of medical science. Flexner was also an angel who rushed to the aid of many European scientists who suffered under the Nazi rule. These scientists were given an opportunity to work with Flexner at the ‘Institute for Advanced Study’, which the latter had co-founded. Flexner’s life and thoughts have been a great source of inspiration for many contemporary celebrities. Stedman Graham
DID WE MISS SOMEONE?
CLICK HERE AND TELL US
WE'LL MAKE SURE
THEY'RE HERE A.S.A.P
Quick Facts

American Celebrities
Harvard University
American Educators
Scorpio Men
Childhood & Early Life
Abraham Flexner was born on November 13, 1866 at Kentucky to parents Moritz and Ester, who were Jews of German origin. Amongst the nine children in his family, Flexner was the sixth child born to his parents.
At the age of 19, Abraham completed his primary education from the ‘John Hopkins University’. He then returned to his hometown to start a private school. Flexner aimed at imparting quality education to his pupils by providing more individual attention to each student through this initiative.
Many years later, Flexner moved to the prestigious ‘Harvard University’ and the ‘University of Berlin’ to pursue his graduate studies. However, he did not complete his studies at both these institutions. 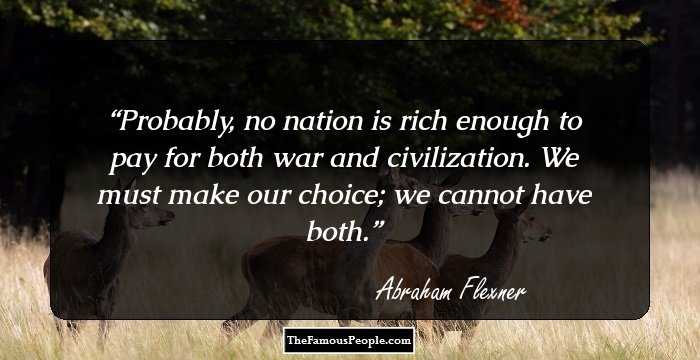 The Most Popular US Veterans
Career
Flexner penned his first book named, ‘The American College’. This book managed to grab many admirers, including the then President of the ‘Carnegie Foundation’, Henry Pritchett. Flexner then became a part of the Carnegie Foundation’s research wing as per Pritchett’s recommendation.
In 1912, Flexner started working as a member of the General Education Board, a part of the ‘Rockefeller Foundation’. Five years later he was promoted to the designation of the Secretary of the board.
Flexner opened an institution named the ‘Lincoln School’ in 1917, the same year that he was appointed the secretary of the General Education Board. Flexner collaborated with the ‘Teachers College of Columbia University’ for this new initiative in a bid to impart quality education.
Towards the first half of the 1920s, Flexner was appointed the director of studies of the General Education Board through which he introduced many changes in the pattern of medical education.
He stepped down from the General Education board of the Rockefeller Foundation in 1925, after a 13 year long tenure.
In 1930, Abraham Flexner collaborated with Louis Bamberger from New Jersey. Together, the duo founded the ‘Institute of Advanced Study’. Flexner, who headed the institute for nine years, successfully managed to bring scientists from various parts of Europe. He even managed to grab the attention of Albert Einstein by sending the latter an invitation to visit the institute.
The same year also saw the release of yet another book from Flexner titled ‘Universities: American, English, German’. Flexner questioned the whole purpose of American universities through this work. He strongly criticised events such as sports and other extra-curricular activities, which he felt distracted the students from academics.
Major Works
Flexner is best known for his hard-hitting literary works. His very first book, ‘The American College’ caught the eyes of many readers for criticising the American system of education, and the haphazard curriculum followed by the courses at the various universities. Abraham Flexner garnered wide acclaim through this book.
In 1910, Flexner’s second work named the ‘Flexner Report’ was published. The book went on to become a modern day bible in the field of medical education. Many rural medical schools were shut down after the book was released.
Awards & Achievements
The ‘Louisville Board of Alderman’, a legislative branch of the government, named a street in honour of the famous educator in 1978. This path was christened ‘Abraham Flexner Way’.
Personal Life & Legacy
Abraham Flexner got married to Anne Crawford, who was an American Playwright and author of several children’s books. The couple had a daughter named Eleanor, who was a pioneer of women’s studies.
Flexner passed away in New York on September 21, 1959 at the age of 93. He was cremated at the ‘Cave Hill Cemetery’ in Louisville, Kentucky.
Other than Flexner, his brother Simon and Nephew also made significant contributions to the field of medical education. While Simon was a professor of experimental pathology at ‘University of Pennsylvania’, nephew Louis Barkhouse Flexner worked at the ‘Mahoney Institute of Neurological Sciences’ as a founding director.
Trivia
World famous Billionaire Warren Buffet immensely praised Abraham Flexner in an interview conducted in 2012. Buffet apparently was hugely influenced by one of Flexner’s books in his teenage days.
You May Like

See the events in life of Abraham Flexner in Chronological Order 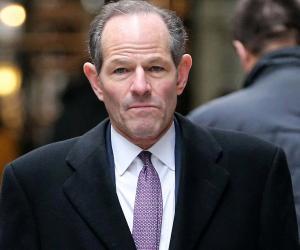