Gekyume Onfroy is the son of the late American rapper, singer and songwriter Jahseh Dwayne Ricardo Onfroy, better known by his stage name, “XXXTentacion.” The highly accomplished rapper’s career skyrocketed within a short span of time, and that made him achieve what many could only dream of. He was regarded as one of the most popular artists associated with the ‘SoundCloud’ rap scene. Also referred to as “X,” XXXTentacion had an untimely death after being fatally shot during a robbery at a motorcycle dealership in Deerfield Beach, Florida. He was in a relationship with Jenesis Sanchez, and 3 days after his death, his mother took to ‘Instagram’ to announce that they were expecting his first child through Jenesis. It was also informed that he had chosen the name “Gekyume” for the baby if it were a boy and “Xiorra” if it were a girl. Gekyume was born 3 days after the birthday of the late rapper, when the latter, if alive, would have been 21 years of age. Khai Malik
Continue Reading Below
DID WE MISS SOMEONE?
CLICK HERE AND TELL US
WE'LL MAKE SURE
THEY'RE HERE A.S.A.P
Quick Facts

American People
Black Family Members
American Male
Aquarius Male
Rise to Fame as the Son of XXXTentacion
Gekyume rose to stardom even before he was born, due to his late father, internationally famed American rapper, singer, and songwriter XXXTentacion. The short yet highly successful career of the rapper saw him leaving a big impact on the ‘SoundCloud’ rap scene and on his massive fan base. Noted for his tattoos and unique half-colored hair, the rapper released chart-topping studio albums such as ‘17,’ ‘?,’ and ‘Skins.’ Two of his popular singles were ‘Sad!’ and ‘Falling Down’ (with Lil Peep). He was shot and killed on June 18, 2018, during a robbery at a motorcycle dealership named ‘RIVA Motorsports’ in Deerfield Beach, Florida. The attackers robbed him of his ‘Louis Vuitton’ bag containing $50,000, before fatally shooting him multiple times in the neck. At that time, XXXTentacion was romantically associated with Jenesis Sanchez. While his loved ones and fans were still mourning the untimely death of the young talent, his mother, Cleopatra Bernard, took to ‘Instagram’ 3 days after his demise and announced that the family was expecting the first child of XXXTentacion and Jenesis.
Earlier, it was confirmed through an ultrasound that the baby would be born sometime between November and December 2018. On August 22, 2018, it was confirmed that the unborn baby was a boy. The family of the late rapper mentioned that he had chosen to name the child “Gekyume” if it were a boy and “Xiorra” if it were a girl. XXXTentacion had coined the word “Gekyume,” referring to the "next universe" or "a different state.” The due date of the child’s birth was later confirmed to be January 28, 2019. Gekyume was finally born in Florida on January 26, 2019, 3 days after his father’s birthday, January 23. Gekyume’s birth was announced by his grandmother, Cleopatra, on her ‘Instagram’ account. She lovingly calls the baby “Yume.” A post informing about the birth of Gekyume was also made on XXXTentacion’s official ‘Instagram’ account, which is managed by the late rapper’s family and manager.
You May Like

The Best Black Actresses Of All Time
You May Like 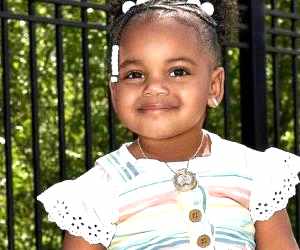