Advanced Search
B.K.S. Iyengar was an Indian yoga teacher and author, best known as the founder of the unique yoga exercise known as the “Iyengar Yoga.” In his prime, he was widely considered to be one of the best yoga teachers in the world. Born into a poor family from Bellur, India, Iyengar was the 11th of the 13 children in the family. He moved to Bangalore at the age of 5. He was a sickly child. At the age of 15, he moved to Mysore after being invited by his brother-in-law, Sri Tirumalai Krishnamacharya. This event turned his life around, as he soon began practicing yoga to improve his health. His brother-in-law became his guru. In the early 1950s, he befriended famous musician Yehudi Menuhin, who inspired Iyengar to move to Europe and begin a career as a professional yoga teacher. After gaining fame as a celebrity trainer, Iyengar moved to the U.S.A. in 1956. He earned a huge name for himself there, too. He taught yoga to many celebrities, both nationally and internationally. His 1966 book ‘Light on Yoga’ became an international bestseller, and in 1975, he started his own yoga institute in Pune, Maharashtra. He is widely remembered as the man who popularized yoga in India and the world. Oleg Deripaska
DID WE MISS SOMEONE?
CLICK HERE AND TELL US
WE'LL MAKE SURE
THEY'RE HERE A.S.A.P
Quick Facts

Oleg Deripaska
Childhood & Early Life
B.K.S. Iyengar was born Bellur Krishnamachar Sundararaja Iyengar, on December 14, 1918, in Bellur, Kolar District, Kingdom of Mysore (present-day Karnataka), India. His parents, Sri Krishnamachar and Sheshamma, went on to have 13 children, of whom 10 survived.
Iyengar was raised amidst poverty. His father was a school teacher who never made enough money to take care of his family. His parents decided to move to Bangalore, a bigger city, when Iyengar was 5 years old. Following this, the family’s financial situation gradually improved.
His father passed away from appendicitis when Iyengar was 9 years old. The family went through a terrible financial state following his death. Iyengar was a weak child who fell sick very often. He was mostly found skipping school due to his health issues.
When Iyengar was born, his hometown of Bellur was struck by an influenza outbreak, which affected the young boy badly. He thus grew up as a sick and thin child and later contracted illnesses such as tuberculosis, malaria, and typhoid.
By the time he was 15 years old, his life expectancy was considered to be limited. His health deteriorated, and that was when his brother-in-law, Sri Tirumalai Krishnamacharya, came to his rescue and invited him to Mysore, another big city in Karnataka. At the age of 15, Iyengar moved to Mysore. Soon, his life turned around.
Continue Reading Below
Education & Yoga Training
Tirumalai was a yoga teacher and also known as the founder of modern yoga. He pushed Iyengar to start practicing yoga “asanas” to improve his health. Tirumalai and some of his yoga students would give demonstrations at the court of the Maharaja of Mysore, which impacted Iyengar strongly.
Initially, it was difficult for Tirumalai to teach the complex yoga positions to a stiff-bodied Iyengar. He once said that Iyengar would never be able to do yoga. He then made Iyengar do household chores. During his tutelage, which lasted for about 2 years, Iyengar only learned yoga ardently for about 15 days.
Although Iyengar always respected his teacher, the two never quite shared a good rapport. However, he later gave all the credit for his success to Tirumalai.
Tirumalai was also quite strict with his students. If his pupils were not able to perform a particular “asana,” he would not let them eat until they mastered it. Later, when Iyengar became a yoga teacher himself, he used the same methods of teaching.
Over time, he became the favorite pupil of Tirumalai. Miraculously, he became extremely good at yoga by practicing it regularly. At the age of 18, he was sent to Pune, Maharashtra, to teach yoga.
Career
In the early 1950s, famed international violinist Yehudi Menuhin, who was in Mumbai, was going through an artist’s block. He then started practicing yoga under the tutelage of Iyengar. When they first met, Yehudi was busy and told Iyengar that he had only 5 minutes to spare. Iyengar then made him lie down in the “shavasana” position. The “asana” was meant to last for 5 minutes, but Yehudi slept for an hour.
He benefitted greatly from yoga and inspired Iyengar to take up teaching yoga internationally. Later, Yehudi credited Iyengar as his “greatest violin teacher.” In 1954, Yehudi invited Iyengar to Switzerland. Over the next few years, Iyengar taught yoga to many celebrities, such as Jiddu Krishnamurti and Jayaprakash Narayan.
Elisabeth, the queen of Belgium, learned the headstand from Iyengar when she was 80 years old. Other prominent pupils of Iyengar are filmmaker Mira Nair, cricketer Sachin Tendulkar, and actors Annette Bening and Kareena Kapoor.
In 1956, he moved to the U.S.A. for the first time and taught yoga at Ann Arbor, in Michigan, for a while. He had somehow made a permanent base in London, but he also kept visiting Ann Arbor from time to time.
Continue Reading Below
In 1966, Iyengar published his first book, ‘Light on Yoga.’ The book was an international bestseller and widely known as the book that popularized the art of modern yoga nationally and internationally. The book has sold more than 3 million copies and has been translated in more than 23 languages.
In 1975, he moved to Pune and established the ‘Ramamani Iyengar Memorial Yoga Institute,’ to honor his late wife. In 1984, he finally retired from teaching yoga professionally. However, continued conducting special classes and wrote many more books on yoga and pranayama. Throughout his life, he wrote 14 books.
However, he also attracted some negativity due to his strict methods of teaching. He yelled and shouted at his students quite often. Hence, he earned the nickname “Bang, Kick, Slap,” which, when shortened, would form his initials, “B.K.S.”.
Many of his ardent supporters said his strict ways were due to his constant pursuit of high standard in his pupils. He was also said to have had an emotional and compassionate side to himself, which his teacher, Tirumalai, somehow lacked.
Family, Personal Life & Death
In 1943, B.K.S. Iyengar, then 25, married a 16-year-old Ramamani. It was an arranged marriage set up by his parents. He later stated that he had a great married life, as they both lived as two bodies and one soul. The couple had five daughters and a son.
The marriage ended with Ramamani’s death in 1973. She was 46 at the time of her death.
Their eldest daughter, Geeta, and their only son, Prashant, went on to become world-renowned yoga teachers.
Iyengar had been honored by the Indian government on numerous occasions. He had been a recipient of the ‘Padma Shri’ in 1991, the ‘Padma Bhushan’ in 2002, and the ‘Padma Vibhushan’ in 2014. In 2004, he was named by ‘Time’ magazine as one of the 100 most influential people in the world.
Even at the age of 90, Iyengar practiced yoga for a minimum of 3 hours a day.
Iyengar lived a long life, overcoming his poor health that he suffered from in the early few years of his life. He passed away on August 20, 2014, at the age of 95.

See the events in life of B. K. S. Iyengar in Chronological Order 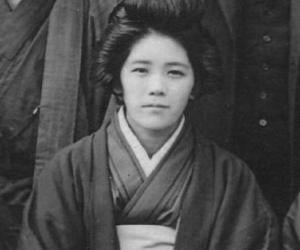 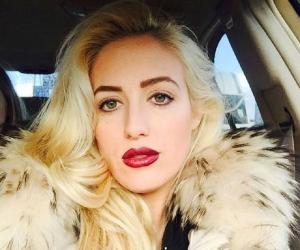