Robert Edward Crane, also known as Bob Crane, was an American actor, radio host, drummer, and disc jockey. He shot to fame as Colonel Robert E. Hogan of the TV sitcom ‘Hogan's Heroes’, a role that earned him two Emmy nominations. Before pursuing an acting career, Bob was a prominent radio personality, first in New York, then Connecticut, and finally Los Angeles where he hosted the No. 1 rated morning show. After ‘Hogan's Heroes’ ended, Crane’s career graph started declining. So he began doing theater. However, he returned to television with ‘The Bob Crane Show’ on NBC, which was cancelled after 13 weeks due to poor ratings. So he returned to the theater again. In June 1978, he was found bludgeoned to death in his Scottsdale apartment. While the murder still remains officially unsolved, his friend John Henry Carpenter was arrested in 1992 and charged with Crane’s murder. According to the film ‘Auto Focus’, based on Crane’s murder, Bob Crane was a church-going family man, who descended into a life of strip clubs, BDSM, and sex addiction. However, his son Robert Scott challenged the film's accuracy. 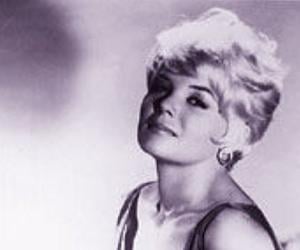 American Celebrities
Connecticut Actors
Cancer Actors
American Actors
American Film & Theater Personalities
Childhood & Early Life
Robert Edward “Bob” Crane was born on July 13, 1928 in Waterbury, Connecticut, and was raised in Stamford. Son of Alfred Thomas and Rosemary Crane, he had an older brother, Alfred John. He was of Irish and Russian descent, and was raised in a traditional Roman Catholic household.
He began playing drums at the age of 11, and while he was in junior high school, he organized local drum and bugle parades with his neighborhood friends. He was, in fact, inspired to play the drums by watching Gene Krupa at an event.
In 1946, he graduated from Stamford High School. He had joined his high school's marching and jazz bands as well as the orchestra. He played for Connecticut and Norwalk Symphony Orchestras at youth orchestra programs.
After high school, he worked as a watch repairman and sales clerk at a jewelry/emporium store in Stamford. From 1948-50, he was in the Connecticut Army National Guard, and was honorably discharged after two years.
Continue Reading Below
You May Like

The Sexiest Men Of 2020, Ranked
Career
In 1950, Bob Crane began his broadcasting career at WLEA, a radio station broadcasting a talk radio format, in Hornell, New York. Next he moved to WBIS, a radio station licensed to serve Bristol, Connecticut, and then to WICC, a commercial AM radio station in Bridgeport, Connecticut.
In 1956, he joined CBS Radio to host a popular morning show at KNX in Los Angeles. His show quickly topped the morning ratings due to his wit and drumming skills, and guests like Marilyn Monroe, Frank Sinatra, and Bob Hope.
He guest-hosted for Johnny Carson, an American talk show host, on the daytime game show ‘Who Do You Trust?’ and appeared on ‘The Twilight Zone’, an American television anthology series; ‘Channing’, a drama series; ‘Alfred Hitchcock Presents’, a television anthology series hosted and produced by Alfred Hitchcock; ‘General Electric Theater’, an anthology series hosted by Ronald Reagan; and ‘The Dick Van Dyke Show’a television sitcom.
Film and television actress and producer Donna Reed offered him a guest role on ‘The Donna Reed Show’. After the success of his character Dr David Kelsey, the character was incorporated into the storyline and Bob Crane became a regular cast member, beginning with the episode ‘Friends and Neighbors’. He worked full-time at KNX while he was doing ‘The Donna Reed Show’. He left the show in December 1964. He also took acting lessons in June 1964 from acting instructor Stella Adler.
Bob Crane was offered the role of Colonel Robert E. Hogan in ‘Hogan's Heroes’ in 1965. It was a television sitcom set in a German prisoner of war camp during the World War II. It ran for 168 episodes on the CBS network. Bob played the military-style drum rhythm that introduced the show’s theme song.
In 1968, he appeared in a feature film, ‘The Wicked Dreams of Paula Schultz’, a comedy film directed by George Marshall. In 1969, he starred in a dinner theater production of ‘Cactus Flower.’
After ‘Hogan's Heroes’ ended, he appeared in two Disney comedy films—‘Superdad,’ in the title role, in 1973, and ‘Gus’in 1976. In 1973, he purchased the rights to the play ‘Beginner's Luck’, and began touring it, as its director, in Florida, California, Arizona, and other places.
He guest-starred in several TV shows, like ‘Police Woman’, ‘Quincy’, ‘Gibbsville’, ‘M.E.’, and ‘The Love Boat’. He returned to TV with his own series, ‘The Bob Crane Show’ on NBC in 1975. Unfortunately, it was canceled after 13 episodes.
In 1978, he shot a travel documentary in Hawaii, and recorded an appearance on ‘Celebrity Cooks’, a Canadian cooking show. However, these were not aired following his death.
Continue Reading Below
Major Work
Bob Crane’s performance in ‘Hogan's Heroes’ received critical acclaim. The show became a super hit and ran for six seasons. It was also in the list of top ten series in its first year on the air.
Awards & Achievements
Bob Crane was nominated for Emmy Award twice, in 1966 and 1967, for his performance in ‘Hogan's Heroes’.
Personal Life
On May 20, 1949, Bob Crane married his high school girlfriend Anne Terzian. They had three children—Robert David, Deborah Anne, and Karen Leslie. After 20 years of marriage, the couple separated in April 1969, and their divorce came through in 1970.
On October 16, 1970, Bob married Patricia “Patty” Olson, a stage actress. Crane and Patty had a son named Robert Scott Crane. The couple also adopted their teenage housekeeper Ana Marie. Bob and Patty separated in December 1977.
For most of his adult life, Bob Crane was engaged in consensual sex with countless women. He often videotaped and photographed his own sexual activities. As his acting career took a downslide, his appetite for sex and pornography became more profound, which led the industry to shun him further. Realizing that he could not get rid of this behavior on his own, he sought professional counseling in 1978.
Murder
On June 29, 1978, Bob Crane was found murdered in his Winfield Place Apartments in Scottsdale, Arizona. His co-star Victoria Ann Berry discovered his body.He was bludgeoned to death with a weapon that was never identified. However, investigators believed it was a camera tripod. His funeral took place on July 5, 1978.
The Scottsdale Police Department examined his videotape collection, which led them to his friend John Henry Carpenter, then a regional sales manager for Sony Electronics, who had flown to Phoenix on June 25 to spend a few days with Bob. Carpenter had also been involved in numerous sexual encounters along with Bob Crane. Blood smears were found in Carpenter's car that matched Bob’s blood type. With no other evidence, the Maricopa County Attorney declined to file charges.
In 1990, Scottsdale Detective Jim Raines reexamined the evidence from 1978, and the case was reopened. From an evidence photograph of the car's interiors, Raines discovered a piece of brain tissue. In June 1992, Carpenter was arrested and charged with Bob Crane’s murder. However, due to lack of evidence, Carpenter was acquitted. He died four years later, in 1998.
Bob Crane’s son Robert Crane also speculated that Crane's widow, Patricia Olson, might have had a hand in the crime.
In 2002, the film ‘Auto Focus’, directed by Paul Schrader, was made on Bob Crane’s life and murder. Critics praised the film. However, Robert Crane challenged the film's accuracy.

See the events in life of Bob Crane in Chronological Order