(Best Known for His Roles in the Films: ‘Titanic’, ‘Dead Calm’, and ‘The Phantom’)

William George "Billy" Zane Jr. is an American actor and filmmaker of Greek descent. He is one of the most prominent character actors working in the industry today. Hailing from a family of performers, Zane studied theatre in school and made his screen debut in 1985 in the science fiction film ‘Back to the Future’. A year later, he debuted on the small screen in ‘Brotherhood of Justice’, a TV movie. He spent the rest of the 1980s gathering experience and understanding his chosen craft. He made a solid start of the 1990s with the critically acclaimed war drama ‘Memphis Belle’ and followed that up by appearing in a recurring role in ABC’s ‘Twin Peaks’. In 1997, he was cast in the disaster epic ‘Titanic’ to portray Caledon N. "Cal" Hockley, for which he received a Screen Actors Guild (SAG) nomination. He has played the titular character in ‘The Phantom’, John Rolfe in ‘Pocahontas II: Journey to a New World’, Mark Antony in ‘Cleopatra’, and P. T. Barnum in The CW’s ‘Legends of Tomorrow’. He is also known for starring as Richard Miller in the ‘Sniper’ film series. American People
Illinois Actors
Tall Celebrities
Tall Male Celebrities
Pisces Actors
Childhood & Early Life
Born on February 24, 1966, in Chicago, Illinois, Billy Zane is the youngest son of amateur actors Thalia and William George Zane, Sr, who established a school for medical technicians together.
His father could track back his ancestry to the Greek region of Mani while his mother to the island of Chios. They anglicised the family’s original surname Zanikopoulos to Zane. His older sister, Lisa Zane, is an actress and singer-songwriter,
He grew up in relative affluence. The pursuit of art was encouraged in the Zane household, expected even. Still a teenager, he enrolled at the Harand Camp of the Theater Arts in Elkhart Lake, Wisconsin.
In 1982, he went abroad to Switzerland to study at The American School in Switzerland (TASIS) and later received his graduation degree from Francis W. Parker School in Chicago.
Continue Reading Below
Career
Billy Zane’s acting career began on stage. After graduating high school, he came to California in search of work and was cast as Match in the first ‘Back to the Future’ film within three weeks of his arrival. He would reprise the role in the first sequel of the film, ‘Back to the Future II’ (1989).
His next film was another 1980s classic, ‘Critters’ (1986). He made his first television appearance in ‘Brotherhood of Justice’ in 1987, portraying the character Les. He also worked in the music video for Sheena Easton's song "Do It For Love".
He guest-starred in ABC’s crime-drama ‘Heart of the City’ (1986), NBC’s legal drama ‘Matlock’ (1987), NBC’s mystery drama ‘Crime Story’ (1988), and CBS’s detective fiction ‘Murder, She Wrote’.
Zane received his first Chicago Film Critics Association Award for Most Promising Actor nomination for playing the antagonist in the Australian psychological thriller ‘Dead Calm’ (1989). In the television film ‘The Case of the Hillside Strangler’, he portrayed the American serial killer Kenneth Bianchi.
In 1990, he starred in two films: the indie gem ‘Megaville’ and ‘Memphis Blue’, a war drama based on the 1943 documentary Memphis Belle: A Story of a Flying Fortress by director William Wyler.
Zane played John Justice Wheeler in the season two of David Lynch’s ‘Twin Peaks’ (1991). In ‘Orlando’ (1992), the film adaptation of Virginia Woolf's novel ‘Orlando: A Biography’, he was cast as Shelmerdine and in American Western film ‘Tombstone’ as the Shakespearean actor "Mr. Fabian".
He co-starred with Tom Berenger in the 1993 action thriller ‘Sniper’. Cast as Richard Miller, the inexperienced civilian who later becomes a sniper himself, Zane received critical praise for his performance. He returned for three sequels of the film: ‘Sniper: Reloaded’ (2011); ‘Sniper: Ghost Shooter’ (2016); and ‘Sniper: Ultimate Kill’ (2017).
He donned the legendary purple bodysuit of “The Ghost Who Walks” in the 1996 superhero film ‘The Phantom’. While it was a commercial failure at the time of its release, the movie has since become a success due to VHS and DVD sales.
In 1998, he lent his voice to one of the earliest English settlers in North America, John Rolfe, in the animated film ‘Pocahontas II: Journey to a New World’ and turned a producer with the camp comedy ‘I Woke Up Early the Day I Died’, in which he also portrayed the main protagonist.
Continue Reading Below
Billy Zane ended the decade by playing Marc Antony in the 1999 miniseries ‘Cleopatra’, which was primarily inspired by Margaret George’s historical fiction ‘The Memoirs of Cleopatra’.
Getting back to his acting roots on stage, he performed as Billy Flynn in the 1996 Broadway revival of ‘Chicago’. In 2006, he appeared as Michael Minetti in Arthur Allan Seidelman's West End production of ‘Six Dance Lessons in Six Weeks’.
He appeared in guest roles in several popular television shows in the 2000s, including ‘Boston Public’ (2001), ‘Charmed’ (2005), ‘Samantha Who?’ (2009), and ‘The Deep End’ (2010).
He collaborated with Ryan Gosling and director Henry Bean in the 2001 drama ‘The Believer’, which received the Grand Jury Prize at the 2001 Sundance Film Festival and the Golden St. George at the 23rd Moscow International Film Festival. In 2009, he starred in German filmmaker Uwe Boll’s project ‘Attack on Darfur’.
Zane was part of the cast of the short-lived mystery-drama ‘Guilt’ (2017) as Stan Gutterie, a defence attorney who is hired to help the main protagonist of the series, Grace Atwood (Daisy Head). He appeared as American politician and showman P. T. Barnum in a season 3 episode of ‘Legends of Tomorrow’.
He has seven projects in the pipeline: ‘The Dome’, ‘Cliffs of Freedom’, ‘Blue World Order’, ‘V-Force’, ‘Lucid’, ‘Samson’, and ‘Ghosts of War’
Major Works
Billy Zane’s casting as Caledon Hockley in James Cameron’s ‘Titanic’ came as a surprise to many. The role was originally offered to Matthew McConaughey and Rob Lowe was aggressively lobbying for it as well. But Zane’s classical good looks combined with his ability to tap into his spoiled-brat countenance won him the role. The film was nominated for 14 Oscars, winning 11 and is the second highest-grossing movie (after Cameron’s 2009 science fiction epic ‘Avatar’) of all time.
Awards & Achievements
In 1998, Billy Zane won the Favorite Supporting Actor – Drama accolade for ‘Titanic’ at the Blockbuster Entertainment Awards.
For ‘I Woke Up Early the Day I Died’, he received the Best Actor Award at the 2000 B-Movie Film Festival.
He was conferred with an honorary degree from Lium University, Bellinzona, Switzerland, for his work in the field of cinematography in November 2010.
Personal Life

Billy Zane married actress Lisa Collins on April 2, 1989. They divorced in 1995 after six years of marriage. Since then, he had been engaged to Chilean actress Leonor Varela, who played the titular role in ‘Cleopatra’, and British model and actress Kelly Brook, whom he met on the set of ‘Survival Island’ (2005). Both these engagements were called off.

He was introduced to American model Candice Neil by her sister in 2010. They have two daughters together, Ava Catherine (born 2011) and Gia (born 2014). The couple got engaged in April 2013, but had to put the wedding plans on hold due to Candice being pregnant with Gia at the time.

Zane is a swimming enthusiast and has been shaving his head since 1997, for aerodynamics.

See the events in life of Billy Zane in Chronological Order 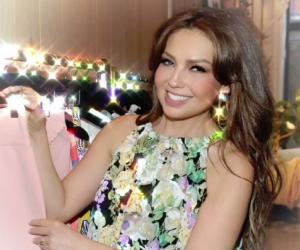