(Best Known for Directing, Writing and Starring in the 1996 Drama Film 'Sling Blade')

Billy Bob Thornton is an American actor, director, writer, and musician. Passionate about acting since an early age, he dropped out of his university to pursue an acting career. However, things weren't as easy as they seemed to be and he had to work as a waiter, fast food manager, telemarketer, and offshore wind farmer in between his acting gigs. He started his acting career with a few supporting roles and later switched to writing screenplay for movies. It was in the mid-1990s that his career witnessed a complete turnaround with the release of the movie ‘Sling Blade’ for which he served as an actor, writer, and director. The movie received critical appreciation and Billy was praised for his exceptional acting skills and unique screenplay. He was even bestowed with the prestigious ‘Academy Award’ for the same. Subsequently, his career graph went upward as he came up with numerous hit films. The success that he achieved as a film star inspired him to take up his hobby of singing and songwriting seriously. He then went on to release his debut studio album ‘Private Radio’ in 2001. He has released four albums till date and is a member of the rock 'n' roll band ‘The Boxmasters,’ which has released eight albums so far. Dwayne Johnson
4th August In History
DID WE MISS SOMEONE?
CLICK HERE AND TELL US
WE'LL MAKE SURE
THEY'RE HERE A.S.A.P
Quick Facts

It was at school that he started acting and decided to pursue a career in performing arts. In 1973, he received his degree.

Shortly thereafter, he enrolled at the ‘Henderson State University’ to study psychology but dropped out after two semesters to pursue acting career. 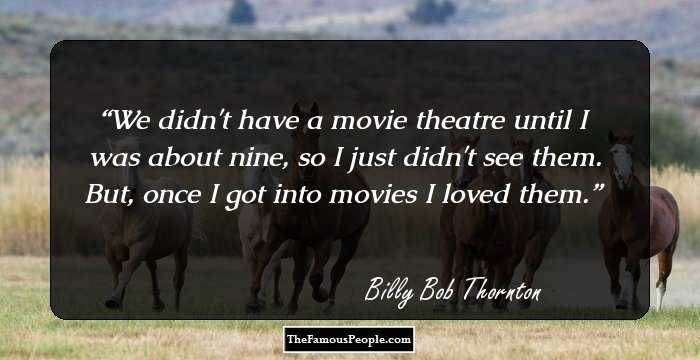 In the mid-1980s, he moved to Los Angeles to establish himself as an actor. In Los Angeles, he befriended Tom Epperson. Meanwhile, he took up various jobs in the field of telemarketing, offshore wind farming, and fast food management to earn a living.

Later on, he tried his luck as a drummer and rock singer. It was during one of the parties that he was advised by Billy Wilder to give up on acting and instead pursue a career as a screenwriter.

Billy and Epperson wrote scripts but their work did not have many takers as people responded with little enthusiasm.

His first ever on-screen appearance was as a counterman of a restaurant in the 1988 drama film ‘South of Reno.’ Thereafter, he made an appearance in one of the episodes of Andy Griffith’s popular show ‘Matlock.’ In the episode titled ‘The Photographer,’ he played the role of a pawn store clerk. He also made a guest appearance in the CBS sitcom ‘Hearts Afire.’

In 1992, he got his big break with the crime-thriller film ‘One False Move,’ which he co-wrote. He also appeared in the movie, playing the role of a bad guy. His excellent portrayal of the character earned him much critical appreciation.

The success of ‘One False Move’ helped him land supporting roles in numerous films, including ‘Indecent Proposal,’ ‘On Deadly Ground,’ ‘Bound by Honor,’ ‘Grey Knight,’ and ‘Tombstone.’

The turning point in his career came with the film ‘Sling Blade,’ which made him a household name. Released in 1996, the film was an expanded version of a short film titled ‘Some Folks Call It a Sling Blade.’ Apart from acting in the film, he also wrote and directed the movie.

‘Sling Blade’ became a hugely successful film and helped elevate his career graph. The film also helped him receive an ‘Academy Award’ under the ‘Best Adapted Screenplay’ category. Furthermore, his excellent portrayal of ‘Karl Childers’ in the film helped him gain an ‘Academy Award’ nomination among other awards and nominations.

Post ‘Sling Blade,’ he became an international sensation. Subsequently, he was bombarded with many offers. In 1997, he was part of four films, namely ‘The Apostle,’ ‘U Turn,’ ‘Princess Mononoke,’ and ‘An Alan Smithee Film: Burn Hollywood Burn.’

In 1998, he played a supporting role in the tragic film ‘A Simple Plan.’ His brilliant portrayal of the role earned him an ‘Academy Award’ nomination under the ‘Best Supporting Actor’ category.

After 'A Simple Plan,' he starred in films like ‘Armageddon’ and ‘Homegrown.’ In ‘Primary Colors,’ he portrayed the character of ‘Richard Jemmons.’ The character was based on Bill Clinton’s adviser James Carville. His compelling performance was appreciated by the audience.

In 2000, he directed Penelope Cruz and Matt Damon in the film adaptation of Cormac McCarthy’s novel ‘All The Pretty Horses.’ He resolved to give up on direction after being forced to delete many scenes from the film. The same year, along with Epperson, he wrote the script for the successful film ‘The Gift.’

2001 turned out to be a good year for him as all his films did well at the box office. The year started with the release of his directorial venture ‘Daddy and Them’ for which he served as an actor and writer as well. He then played the role of ‘Terry Lee Collins’ in ‘Bandits.’ He also played ‘Hank Grotowski’ in ‘Monster’s Ball’ and ‘Ed Crane’ in ‘The Man Who Wasn’t There.’ His performance in ‘Bandits’ and ‘The Man Who Wasn’t There’ earned him ‘Golden Globe’ nominations.

He then took up his hobby of singing and songwriting seriously and started working on his music skills. He then released his debut studio album ‘Private Radio’ in 2001. Following this, he released three more albums, namely ‘The Edge of the World,’ ‘Hobo,’ and ‘Beautiful Door.’

In 2003, he starred as a wicked ‘Santa Claus’ in the movie ‘Bad Santa.’ A black comedy, the movie was well-received by the audience. His artistic talent was much appreciated and he came to be known as a comic actor as well. The same year, he was cast as a womanizing president in the film ‘Love Actually.’

After his decade-long hiatus from direction, he made his directorial comeback with the 2012 released film ‘Jayne Mansfield’s Car.’ He co-wrote as well as starred in the film.

In 2013, he became part of the ensemble cast of the historical drama film ‘Parkland.’ The following year, he appeared in the critically acclaimed and commercially successful movie ‘The Judge.’

In the meantime, he had a recurring role in the FX black comedy series ‘Fargo.’ In 2016, he started playing ‘Billy McBride’ in the legal drama web TV series ‘Goliath.’ ‘Fargo’ and ‘Goliath’ have earned him a lot of accolades, including ‘Golden Globe’ and ‘Emmy’ nominations. 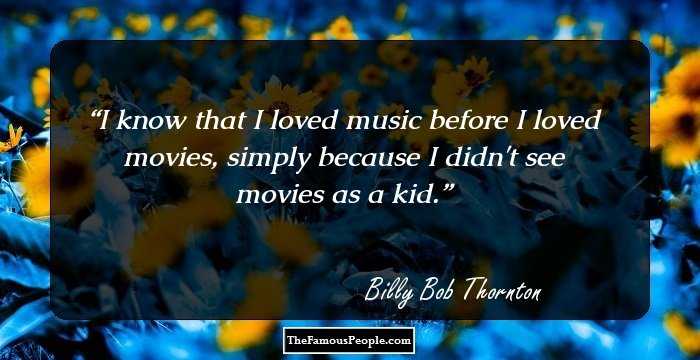 He won the prestigious ‘Academy Award’ under the 'Best Adapted Screenplay' category for the 1996 released film ‘Sling Blade.’ Additionally, he was presented with the ‘Edgar Poe Allen Award,’ ‘National Board of Review Award,’ ‘Independent Spirit Award,’ and ‘Writer’s Guild of America Award’ for his work in the film.

In October 2004, he was honored with a star on ‘Hollywood Walk of Fame.’

Over the years, he has received nominations in various categories for prestigious awards, such as the ‘Golden Globe Award,’ ‘AFI Award,’ ‘Satellite Award,’ ‘Saturn Award,’ ‘Screen Actors Guild Award,’ and so on.

He has been married six times and divorced five times. His ex-spouses are Melissa Lee Gatlin, Toni Lawrence, Cynda Williams, Pietra Dawn Cherniak, and Angelina Jolie. After his divorce from Cherniak and before being married to Jolie, he was engaged to Laura Dern.

With Gatlin and Cherniak, he fathered three children, a daughter and two sons respectively.

In 2014, the actor married makeup effects crew member Connie Angland with whom he has a daughter.

He suffers from obsessive compulsive disorder. 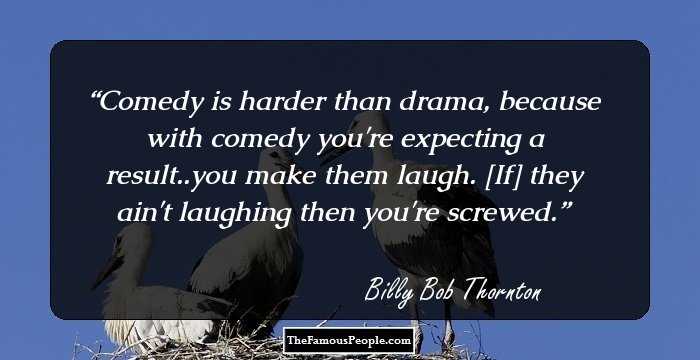 This actor of ‘Sling Blade’ fame has a phobia of antique furniture, especially French antique. Also, he can easily differentiate between an original antique and a fake.