Bill Nye is an American television presenter, science communicator, and entertainer. Popularly known as ‘Bill Nye the Science Guy,’ he was born and brought up in Washington D.C. His interest in science was initiated by his father who was a sundial enthusiast. Bill graduated from the ‘Cornell University’ with a mechanical engineering degree and began his engineering career at ‘Boeing Corporation’ in Seattle where he created a hydraulic resonance suppressor tube used on 'Boeing 747' airplanes. A big fan of raising awareness of science-related topics through entertainment, Bill began his entertainment career with small gigs at comedy theatres. He worked as an assistant on the show ‘Back to the Future: The Animated Series’ and eventually landed the most famous role of his life, ‘Bill Nye the Science Guy.’ Apart from appearing in television shows and miniseries for infotainment networks like ‘The Discovery Channel,’ Bill has utilized every opportunity to teach children and adults the importance of science in day to day life. He has been honored by many universities with several doctorates because of his contribution to science. 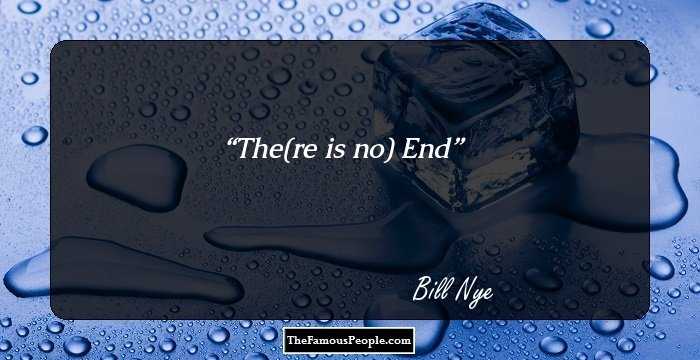 Who Is The Most Popular BTS Member?
Career
He started his career as a mechanical engineer at ‘Boeing Corporation’ in Seattle. During his time at ‘Boeing Corporation,’ he created a hydraulic resonance suppressor tube which is still used in the ‘Boeing 747.’
Nye started his entertainment career by keeping his day job as an engineer and working as a stand-up comedian at comedy clubs during the night. He eventually became a writer and performer on ‘Almost Live.’
From 1991 to 1993, Nye appeared as an assistant to Dr. Emmett Brown in the show ‘Back to the Future: The Animated Series.’ In the show, he demonstrated science experiments explained by Dr. Brown.
Thanks to the popularity of ‘Back to the Future: The Animated Series,’ Nye landed an educational television program titled ‘Bill Nye the Science Guy.’ The show, which ran from 1993 to 1998, had 100 episodes.
In 1998, Nye appeared in Disney’s movie ‘The Principal Takes a Holiday.’ In the film, he played the role of a science teacher. He continued to exhibit his enthusiasm for science.
In the 2000s, Nye served as a technical expert in an American robot combat television series titled ‘BattleBots.’ He also hosted the show ‘100 Greatest Discoveries’ for ‘Discovery HD Theatre.’ He hosted ‘Greatest Inventions with Bill Nye’ for ‘Discovery.’
During that time, Nye co-developed ‘MarsDial,’ which is a sundial created for the ‘Mars Exploration Rover’ missions. The dial was developed to help keep track of time when an astronaut is on Mars.
In 2005, he created a show called ‘The Eyes of Nye’ which was a science show that targeted adults. The show addressed environmental issues like global warming, modified food, etc.
He was made the vice president of ‘The Planetary Society’ in 2005. He was then chosen to be its second executive director. The organization was particularly interested in Mars.
Continue Reading Below
In 2008, Nye made appearances on shows like ‘America’s Most Smartest Model,’ ‘Larry King Live,’ ‘The Climate Code,’ ‘Who Wants to be a Millionaire,’ etc. In ‘The Climate Code,’ he spoke about saving energy.
Around the same time, he hosted a show called ‘Stuff Happens’ and acted in ‘Stargate Atlantis.’ He made a YouTube video to support Al Gore’s ‘Repower America Campaign’ and also appeared on ‘The Dr. Oz Show.’
In 2010, he was chosen as the new representative of a new permanent exhibition at the ‘Chabot Space & Science Center,’ California. The exhibition aimed at raising awareness about environmental issues.
In 2012, Nye appeared on CNN to express his views on the devastating natural repercussions of nuclear incidents in Japan. Around the same time, he contested in the dance competition show ‘Dancing with the Stars.’
Bill Nye guest-starred in ‘The Big Bang Theory.’ He appeared in an episode titled ‘The Proton Displacement’ in 2013.
Nye was a celebrity guest and interviewer at the ‘White House Student Film Festival’ in February 2014.
In 2016, he appeared in a documentary called ‘Food Evolution.’ Narrated by Neil deGrasse Tyson, the documentary was directed by Scott Hamilton Kennedy.
Nye guest-starred in the 127th episode of Jonathan Van Ness's podcast ‘Getting Curious’ in September 2019. 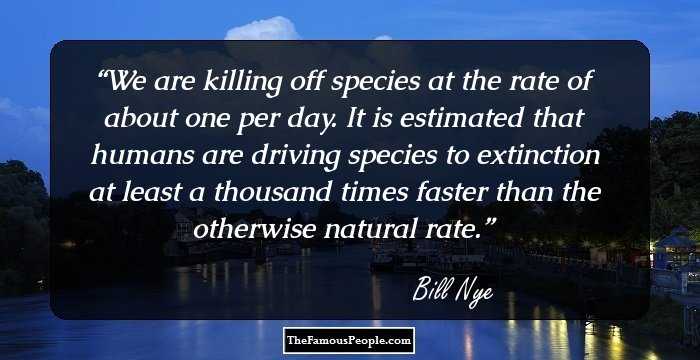 Continue Reading Below
Personal Life & Legacy
In 2006, Nye spoke about his relationship with musician Blair Tindall on ‘The Late Late Show with Craig Ferguson.’ He married her in a few months’ time, but they separated after seven weeks.
Trivia
Nye has written many science books under his pseudonym ‘The Science Guy.’
In 1996, he appeared alongside Ellen DeGeneres and Alex Trebek in a video for ‘Ellen's Energy Adventure,’ an attraction at ‘Walt Disney World.’
His voice is also heard in a voice-over as part of the 'DINOSAUR' attraction at ‘Disney's Animal Kingdom’ in Bay Lake, Florida.
Nye has patents for ballet pointe shoes, educational magnifying glass, etc.
Nye is in an affable competition with the environmental activist Ed Begley Jr. They are neighbors and go out together for meals.
He has been awarded doctorates from universities like ‘John Hopkins University,’ ‘Willamette University,’ and ‘Lehigh University.’ He received the ‘Humanist of the Year Award’ in 2010 from the ‘American Humanist Association.’ 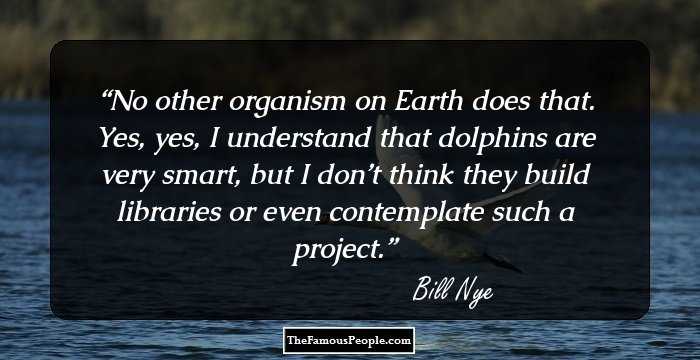 See the events in life of Bill Nye in Chronological Order