12th September In History
DID WE MISS SOMEONE?
CLICK HERE AND TELL US
WE'LL MAKE SURE
THEY'RE HERE A.S.A.P
Popularity Index
40
Musicians #1563
Quick Facts 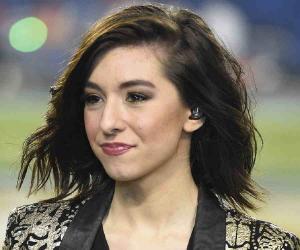 Who is Ben Folds?

Ben Folds is a musician famous for forming the alternative rock band Ben Folds Five which gave hits like ‘Brick’ and ‘Battle of Who Could Care Less’. He was the lead vocalist and pianist of the band for seven years before the members broke up and went their separate ways. The band’s love for humour was reflected in their very name; they were a group of three, not five. As a child Ben was a fan of Elton John and Billy Joel, and played the piano, bass and drums for several bands while in high school. He formed the band Majosha in collaboration with a friend and performed at bars and parties. The band soon broke up; so did another band he formed. But such short term failures did not deter the youngster and he eventually got a music publishing deal with music executive Scott Simon and opened for Marc Silvey and played bass for his band. He spent many months working as a session musician before meeting aspiring musicians Robert Sledge and Darren Jessee with whom he formed the band Ben Folds Five. The band soon became known for its quirky humour, sarcasm combined with melancholy and profanity. Ben also pursued a solo career along with his work with the band. North Carolina Musicians
University Of Miami
Virgo Musicians
Male Musicians
Childhood & Early Life
Ben Fold’s father was a carpenter and his mother was a painter. He had an interest in music from an early age and loved listening to songs by Elton John and Billy Joel.
He attended R. J. Reynolds High School and played piano, bass and drums for different bands.
Along with a friend he formed the band Majosha and performed at Duke University’s Battle of the Bands, winning the competition. They also played at bars and parties. The band eventually broke up in 1990.
He earned a percussion scholarship to the University of Miami’s Frost School of Music; but he could not graduate and dropped out. 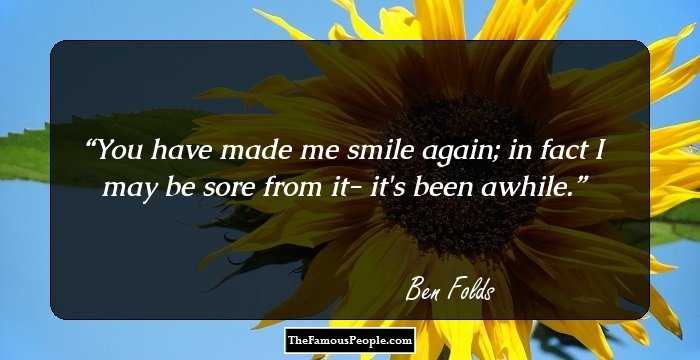 American Musicians
Virgo Men
Career
He moved to New York and began performing with theater troupes in 1993. He continued playing music at cafes.
After shifting to North Carolina he met bassist Robert Sledge and drummer Darren Jesse with whom he formed the band Ben Folds Five in 1994. The band played alternative, piano rock and indie style music.
Their debut album, the self-titled, ‘Ben Folds Five’ was released in 1995. It was an unconventional rock album with an indie-pop sound. It featured their first radio single, ‘Underground’.
Their second album, ‘Whatever and Ever Amen’ was out in 1997. It featured the hit single, ‘Brick’ which was to become the band’s most successful single ever.
In 1998, they released a compilation album, ‘Naked Baby Photos’ containing unreleased material from the recordings of the band’s previous albums and live performances.
In 1999 they released the album, ‘The Unauthorized Biography of Reinhold Messner’. The album was reviewed positively.
The band broke up amicably in 2000 and Ben went ahead to pursue a solo career.
His debut album as a solo artist, ‘Rockin’ the Subarbs’ was out in 2001.
Ben Folds, along with Ben Kweller and Ben Lee formed a supergroup called ‘The Bens’ in 2003 and extensively toured Australia. ‘The Bens Rock over Australia Tour’ covered several cities like Sydney, Melbourne, Perth, and Adelaide.
Continue Reading Below
His 2005 album ‘Songs for Silverman’ charted at No. 13 on the Billboard 200. It was his highest charting album so far.
He released the album, ‘Way to Normal’ in 2008. It peaked at No. 11 on the Billboard 200 within a week of its release. The success of the album prompted director Eric Wareheim to make a music video for the single ‘You Don’t Know Me’.
He collaborated with English novelist Nick Hornby to make an album ‘Lonely Avenue’ which was released in 2010. It contained eleven new songs whose lyrics were written by Hornby.
Ben reunited with his former band members to release the compilation album, ‘The Best Imitation of Myself: A Retrospective’ in 2011. It comprised popular songs from the discography of Ben Folds Five as well as Ben’s solo career.
After their reunion they decided to release another album together. ‘The Sound of the Life of the Mind’ was out in 2012. It was the band’s first release since 1999. 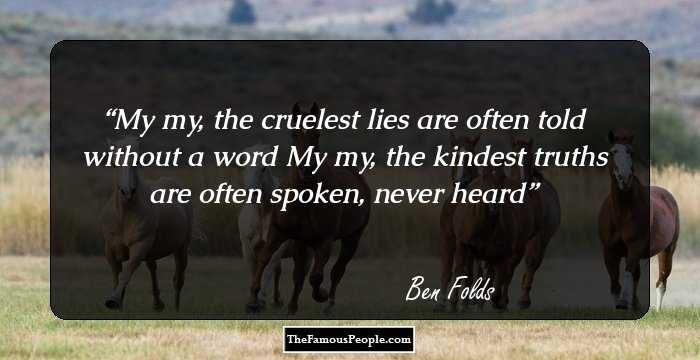 Quotes: Never
Major Works
He founded the alternative rock band, Ben Folds Five, which was highly appreciated for its non-traditional sound, unique music, and sense of humour. They produced hits like ‘Brick’, ‘Underground’ and ‘army’, and have a cult following.
In his solo career, his album ‘Way to Normal’ (2008) was a big hit. It reached No. 11 on the Billboard 200 to become his career’s highest ever charting album in the U.S.
Personal Life & Legacy
He married his childhood sweetheart Anna Goodman in 1987 and divorced her in 1992. She had co-written several songs performed by Ben Folds Five.
He had a short lived marriage to Kate Rosen in 1996.
He entered into a relationship with Australian Frally Hynes in 1998 and married her in 1999. This marriage resulted in the birth of twins. He filed for divorce in 2006.
He married again in 2007. His fourth marriage was to Fluer which too ended in divorce in 2011. 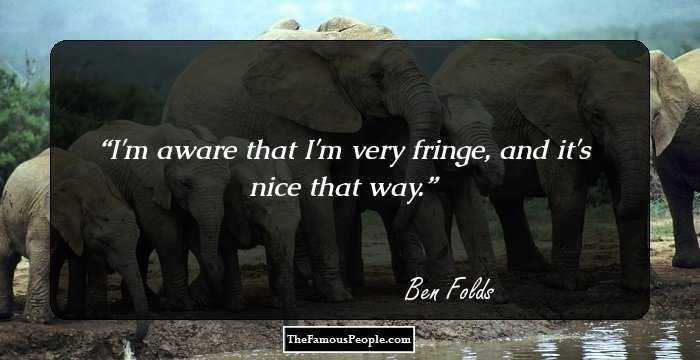 Trivia
His solo debut album was released the same day as the 11 September Attacks on the U.S.
He provided music for the soundtrack of the animated film ‘Over the Hedge’.
He served as member of the Independent Music Awards’ judging panel at the time of its inauguration.
You May Like

See the events in life of Ben Folds in Chronological Order 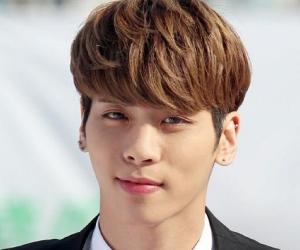