Allie Sherlock is an Irish singer, guitarist, and 'YouTube' star. She gained prominence as a cover artist after her cover version of Ed Sheeran’s 'Supermarket Flowers' became viral on the internet. The video garnered millions of “views” in just a few months of its release and made Allie a celebrity. She was also invited to guest star on 'The Ellen DeGeneres Show.' She turned down the offer the first time but later accepted it. Allie now regularly performs at popular centers of Dublin and her hometown, Cork. She has performed cover versions for a number of songs by artists such as Ed Sheeran, Adele, Sia, Bruno Mars, George Ezra, and Shawn Mendes. Allie is currently working with singer, songwriter, and record producer Ryan Tedder. Siobhan Fahey
7th April In History
DID WE MISS SOMEONE?
CLICK HERE AND TELL US
WE'LL MAKE SURE
THEY'RE HERE A.S.A.P
Quick Facts

Irish People
Irish Women
Aries Singers
Women Singers
Irish Singers
Career
In 2015, Allie began playing the guitar. She and her father both started their guitar lessons together. However, she was not allowed to sing back then. After a year, Allie started playing the guitar professionally and focused on making a career in the domain of music. She began her music career by singing covers of popular tracks. Soon, Allie began posting her covers songs on her 'YouTube' channel, which she had created in 2014. She rose to prominence after she posted her cover version of Ed Sheeran’s 'Supermarket Flowers.' The video became viral overnight, and Allie became a star. The video of the cover version now has over eight million “views.” Following this, Allie began performing cover songs regularly. Some of her other cover versions that have surpassed a million “views" are 'Flashlight' by Jessie J, 'IDGAF' by Dua Lipa, 'Hallelujah' by Leonard Cohen, 'Friends' by Anne-Marie and Marshmello, 'Little Do You Know' by Alex and Sierra, 'Perfect' by Ed Sheeran, 'I Don't Know My Name' by Grace Vanderwaal, 'Faded' by Alan Walker, 'Dusk Till Dawn' by Zayn, 'Uncover' by Zara Larsson, and 'When We Were Young' by Adele. The channel has earned over 893 thousand subscribers.
Allie’s fame on the internet earned her an invite to one of the most popular talk shows of the US, 'The Ellen DeGeneres Show,' in 2017. However, Allie turned it down because her father thought she was too young to handle such media attention. He wanted Allie to pursue her education first.
Allie received the offer to appear in the show again in 2018. Much to the joy of her fans, she accepted the offer. On January 29, 2018, Allie finally appeared on 'The Ellen DeGeneres Show.' She performed the cover version of the song 'Million Years Ago' by Adele and got a standing ovation for her performance. Following the show, Allie was referred to as the next Adele.
In February 2018, Allie signed a five-year contract with 'Patriot Records,' a company owned by 'One Republic' lead vocalist Ryan Tedder. According to the contract, she has to release at least three albums with Tedder. Some of Allie’s ‘Instagram’ pictures suggest that she is working with pop star Charlie Puth, who was introduced to her by Tedder. Allie also often performs at events such as weddings.
Recommended Lists:

Aries Musicians
Aries Guitarists
Women Musicians
Irish Musicians
Continue Reading Below
Personal Life
Allie was born on April 7, 2005, in Cork, Ireland. Her father’s name is Mark. She often travels to Los Angeles for her work commitments.
Allie is now focusing on her academics. Her father does not want Allie to become an entertainment professional at such a young age. He wants her to pursue her studies first and then make a career as a music artist.
Recommended Lists: 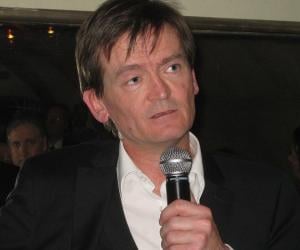