Benjamin Britten was an English composer, conductor and pianist, considered to be one of the greatest composers of the 20th century. He was a child prodigy—learning to play the piano at the age of two and composing his first piece at five—and grew up to be the central figure of the British classical music of his time. Although he attended the Royal College of Music, it was his private study with composer Frank Bridge that influenced him more. He first came to the public attention at the age of twenty with the a cappella choral work, titled, ‘A Boy was Born’ and leapt to international fame within a short period with ‘Variations on a Theme of Frank Bridge.’ He was a prolific composer and his large body of works included opera, other vocal music, orchestral and chamber pieces. Over the years, he received a number of awards and honors. He was also the first musician to receive life peerage and become Baron Britten. Today he is best remembered for works like ‘Peter Grimes’, and ‘The Young Person's Guide to the Orchestra’, and most importantly, ‘The War Requiem.’
Continue Reading Below British Celebrities
British Men
Male Pianists
Male Composers
Male Musicians
Childhood & Early Life
Benjamin Britten was born on November 22, 1913, in Lowestoft, a port town located in the English county of Suffolk. His father, Robert Victor Britten, was a successful but disgruntled dentist.
Benjamin’s mother, Edith Rhoda, née Hockey, was an amateur pianist and also the Secretary to Lowesoft Musical Society. The musical soirees she held at home were attended by the important community members. Thus, in spite of belonging to the middle class, they had a standing in the society.
Benjamin was the youngest of his parents’ four children, having two elder sisters, Charlotte Elizabeth Britten and Edith Barbara Britten and a brother, Robert Harry Marsh Britten. While his sisters were indifferent to music and his brother was only interested in rag-time, to his mother’s delight, Benjamin was born a musical prodigy.
He also got on well with his father, who was said to be remote but loving. According to his sister Elizabeth, they shared a wry sense of humor, dedication to work, as well as a capacity to bear pain.
When he was three months old, he had a bout of pneumonia, which almost killed him. Although he had an astonishing recovery, it left his heart weak. In spite of that, he was a keen tennis player and loved cricket.
However, music was his first love. He learned to play the piano when he was barely two years old and by five he started composing music. His mother was his first teacher.
At seven, he started his formal education at a dame school. It was run by the Astle sisters and the younger of them, Ethel Astle, taught piano at school. Benjamin must have liked her teaching because he always remembered her with gratitude.
The next year, he was shifted to South Lodge, a prep school in Lowestof, but continued taking piano lesson with Ethel Astle. The headmaster of the school was very strict. Although Benjamin hardly ever received any punishment, he often saw other pupils receiving corporal punishment and was shocked by its severity.
Concurrently, he continued composing music; he would do that before going to school so that his grades did not suffer. Mathematics was his favorite subject and he excelled in it. He also loved sports.
At the age of ten, he started taking viola lessons from Audrey Alston, one of his mother’s friends, who had been a professional musician before her marriage. She encouraged young Benjamin to attend symphony concerts.
Continue Reading Below
You May Like

See the events in life of Benjamin Britten in Chronological Order 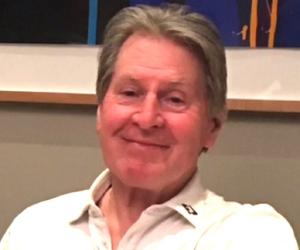