Ben Savage is an American actor who has acted in several films, television serials, TV-movies, and plays. Though he made his first TV appearances at the age of five when he featured in some television commercials, his acting career started when he was an eight-year-old. However, his character as Cory Matthews on the ABC Sitcom’s ‘Boy Meets World’ in 1993 was what catapulted him into stardom. Years later, he reprised his role in the series’ spin-off ‘Girl Meets World’ in 2014. He gives all credit for his successful career in acting to his brother, Fred, as he had made his film debut in his brother’s movie ‘Little Monsters’, which was a big hit. Ben had said in an interview that both he and his brother being in the same profession and living under the same roof helped each other. They never had any rivalry. A few years ago, Ben took a three-year break from acting in both film and TV, and just made a guest appearance in the TV series ‘Still Standing’ as Seth Cosella during this period. 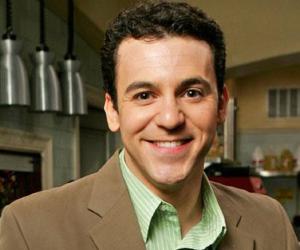 Austin Butler
Actors #1002
Film & Theater Personalities #2106
Continue Reading Below
DID WE MISS SOMEONE?
CLICK HERE AND TELL US
WE'LL MAKE SURE
THEY'RE HERE A.S.A.P
Quick Facts

American People
American Men
Illinois Actors
Stanford University
Virgo Actors
Career
Ben Savage started acting at the age of eight, when he debuted as Matthew Lacey in the comedy serial ‘Dear John’ in 1988. It was his first major role on television, where he played the role of the son of Judd Hirsch. He started acting in films in 1989, and made his debut in his elder brother Fred Savage's ‘Little Monsters’, which was a big hit. For this film, he was nominated for Best Young Actor Starring in a Motion Picture.
In 1990, he guest-starred as Curtis Hartsell in Fred’s TV series ‘The Wonder Years’ in the Valentine's Day episode—‘The St. Valentine's Day Massacre’. He also acted in ‘A Family for Joe’, as Chris Bankston, one of a group of orphans, who dupe Robert Mitchum into being their guardian. In the same year, he played the role of Sam Kelvin in a television film called ‘Hurricane Sam’.
In 1992, he played the character of Sam, a brainy little boy, in the film ‘Big Girls Don't Cry...They Get Even’, and featured as Andy in ‘She Woke Up’, a television film. Ben shot to fame with his role as the lead character Cory Matthews on the TV sitcom ‘Boy Meets World’, which started in 1993 and continued till 2000. In one episode, Ben’s brother Fred also appeared along with him as a college professor. For his lead role in ‘Boy Meets World’, Ben was nominated for ‘Best Youth Actor in Leading Role in a Television Series’, and ‘Best Performance in a TV Comedy: Leading Young Actor.’ In 2000, he won Nickelodeon Kids' Choice Award in the category ‘Favorite Television Friends’.
In 1993, he acted in the ABC ‘Event Series’ ‘Wild Palms’ as Coty Wyckoff—an angel-faced boy who was actually a killer. He received critical recognition for this character. In 1994, he starred in ‘Clifford’ as Roger. In 1999, Fred directed his brother again in ‘Boy Meets World’ in the episode ‘Family Trees’.
Ben Savage debuted as a stage actor in ‘The Laughter Epidemic’ at the Pasadena Playhouse. In 1998, he received critical acclaim for playing Roddy Stern in Tony Award-winner Israel Horovitz's play ‘Unexpected Tenderness’. He bagged the Ovation Award for his performance.
He acted in PG-13’s film ‘Swimming Upstream’ in 2002, where he played the role of a supportive but a little immature best friend to a terminally ill boy. He played the main role in ‘Girl Meets World’, which started in 2014 and continued till 2017. ‘Girl Meets World’ is an off-spin of ‘Boy Meet World’, which was continued by Disney Channel with the story of Cory, now married with children. For this role as well, he was nominated for several awards. In 2016, he won the ‘Artios Award’ in the category ‘Children’s Pilot and Series (Live Action)’.
Over the ensuing years, he acted in many films like ‘Car Babes’ (2006), ‘Palo Alto’ (2007), ‘Closing Time’ (2010), ‘Peace and Riot’ (2011), ‘White Dwarf’ (2012), and ‘The Caterpillar's Kimono’ (2012). He also starred in several TV movies like ‘She Woke Up’ in 1992 with Lindsay Wagner, ‘Aliens for Breakfast’ in 1994, as a young teen whose breakfast cereal figure comes alive, ‘Making It Legal’ in 2007, and ‘Lake Effects’ in 2012.
You May Like

American Actors
Actors Who Are In Their 40s
American Film & Theater Personalities
Virgo Men
Continue Reading Below
Personal Life
Bennett Joseph "Ben" Savage was born on September 13, 1980, in Chicago, Illinois, USA. His mother Joanne Savage is an industrial real estate broker while his father Lewis Savage is a consultant. His elder brother Fred Savage is an actor and director, and his elder sister Kala Savage is an actress and musician. His grandparents were Jewish, and he was raised in Reform Judaism.
Ben graduated from Stanford University in 2004 with a degree in political science. He interned for US Senator Arlen Specter in 2003 as a part of his studies at Stanford University. In high school, he dated Alexis Coe, who is now a historian and author. Ben had stated recently that he is not married. He is a strong fan of singer Bruce Springsteen, and took a break from acting just to follow Springsteen's tour around the country with his father. He volunteers for Elizabeth Glaser Pediatric AIDS Foundation. In June 2017, there was an internet hoax about Ben’s death, causing concern to his fans. However, the report was confirmed as baseless.