DID WE MISS SOMEONE?
CLICK HERE AND TELL US
WE'LL MAKE SURE
THEY'RE HERE A.S.A.P
Popularity Index
YouTubers #938
Fashion Vloggers #47
BeautyNezz
Quick Facts 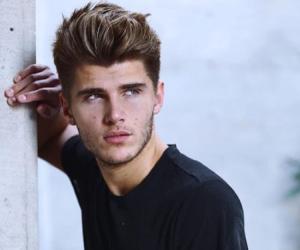 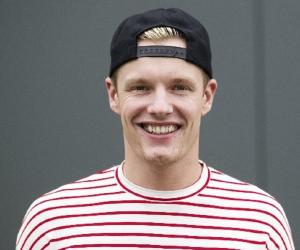 Enzo Knol
Dutch vlogger Joy, better known as “BeautyNezz,” is the owner of a popular 'YouTube' channel. She has gained prominence for her content related to lifestyle and fashion. Through her channel, she publishes videos on the latest trends in makeup, beauty, and fashion. The skin- and hair-care videos on her channel have been the most popular. In addition, viewers get to know more about the fashionista’s personal life, hobbies, and future goals through her storytime videos. Blessed with beautiful skin and hair, Joy has a bunch of talents, too. She has emerged as a prominent personality among Dutch vloggers and social-media influencers. She has received major “YouTuber” awards. Joy has been part of many charitable programs, too. She has appeared on a number of TV shows. Dutch Women
Short Celebrities
Short Female Celebrities
Libra Youtubers
Social Media Fame
Joy began her social-media career at the tender age of 12. Being a beauty enthusiast, she always dreamt of making a career in the related field. She finally converted her passion into a full-time job with the launch of her 'YouTube' channel, ‘BeautyNezz.’ She mostly posts content related to beauty and fashion, but the channel contains videos about her life, too. Joy has made many videos on the latest fashion trends. She keeps her viewers updated with new makeup launches. She provides honest reviews of new products. Among her most popular videos to date, ‘Morning Routine 2014’ tops the list, with over two million views. The channel has now amassed more than 580 thousand subscribers.
Recommended Lists:

Dutch Vloggers
Female Vloggers
Dutch YouTubers
Female YouTubers
The video that shows Joy interviewing the ‘AFC Ajax’ football team coach Peter Bosz, has been widely watched, too. Peter Bosz, who is also Joy’s uncle, announced his appointment as the coach through her channel. In March 2017, Joy ventured into a completely different field. She began her stint as a presenter on the online platform ‘YoursToday.com.’
Recommended Lists:

Female Fashion Vloggers
Libra Women
Joy’s ‘Instagram’ profile showcases a number of her graceful photographs and has captivated more than 448 thousand followers to date. She also owns her own blogging website where she shares her makeup favorites and product reviews.
You May Like

The Best WWE Wrestlers Of The 1990s
Continue Reading Below
Beyond YouTube
Apart from being a beauty vlogger, Joy has been associated with a few TV projects, too. She, along with the 'Nickelodeon' star Bart Boonstra, appeared on a show called ‘Joy & Bart.’ This show basically featured backstage stories of various concerts and TV programs produced by the channel.
In November 2016, Joy was selected as the guest editor-in-chief of the weekly magazine ‘Tina.’ The same year, she appeared as a guest on the TV program ‘Zapplive.’ She has reported live from the orange carpet of the ‘Nickelodeon Awards’ in Los Angeles, where she interviewed celebrities such as Chris Evans from ‘Captain America’ and the members of the band ‘DNCE.’
Her experience in Los Angeles was heavenly. She was treated like a celebrity, and the sponsors took very good care of her. The following year, she appeared as one of the presenters at the ‘RTL Boulevard Award.’
Joy was part of the ‘Renault’ advertising campaign ‘Drive & Surprise.’ She was one of the 18 “YouTubers” who collaborated with the ‘Dutch Media Authority’ to set up advertisement guidelines for 'YouTube.'
Achievements
Joy has certainly emerged as one of the most successful Dutch “YouTubers.” Joy has won multiple ‘VEED Awards,’ one of the most coveted prizes awarded to upcoming “YouTubers” in the Netherlands. In April 2015, she was felicitated with the ‘YouTube Talent Award’ at the ‘VEED Awards.’ She has won two ‘VEED Awards’ for the ‘Best Female YouTuber,’ one in 2016 and the other in 2017. She won another ‘VEED Award’ for the ‘Best Beauty Channel’ in 2017. Another feather in her crown was her nomination for the ‘Kids Choice Award’ in 2016.
Charitable Works
Joy has been associated with a number of charitable projects. She has been the youth ambassador of the non-profit organization ‘Ronald McDonald House Charities’ in Utrecht. She has also done a social internship with the organization for a short period of time. Joy regularly visits sick children and gives them a few moments of happiness. Through her videos, Joy often asks her fans to raise funds for sick children at the ‘Wilhelmina Children's Hospital.’ Joy once traveled through the Netherlands by a special bus, along with a few established vloggers, to raise funds for the charitable organization ‘Glass House.’
Personal Life
Joy was born on October 17, 2002, in Apeldoorn, a city in the province of Gelderland, situated in the center of the Netherlands. She grew up with her brother Dean.
Joy divides her time between the Netherlands and Orlando, Florida. She has not revealed her surname to date. She has reportedly promised her parents that she would maintain privacy about her surname throughout her social-media career. 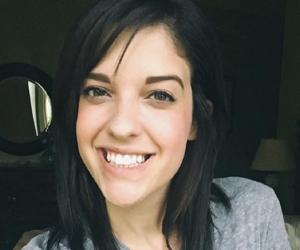 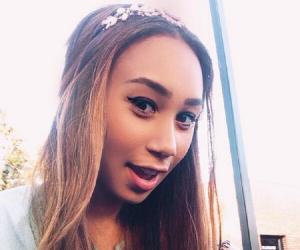 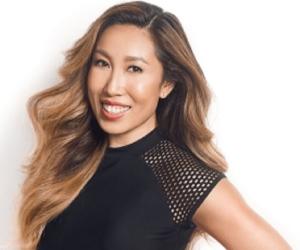