Beau Bridges is a veteran American actor, producer, and director. Despite being born into a family that already was a part of Hollywood, Beau was more interested in basketball and briefly played for the UCLA under the famous John Wooden. Though he appeared in many shows when he was a child, he branched out professionally to acting and Hollywood only in his twenties. He first starred in TV shows and then steadily started working in films as well. He wished to carve an identity for himself and soon began portraying different roles. His versatility is evident from his wide range of performances across film and television. His most popular role was when he starred opposite his brother as one of the ‘Fabulous Baker Boys’. His career has been steadily progressing and he continues to act even to this day. He soon became a director and has under his belt three feature films. To his name, he has won a Grammy, two Golden Globes, and several Emmys. In recognition of his services to Hollywood, where his career spanned over three decades, he was honored with a star on the Hollywood Walk of Fame. 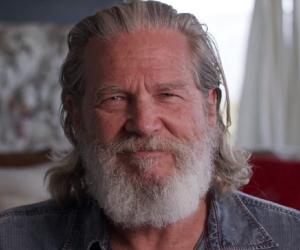 Will Smith
Actors #1000
Directors #178
Film & Theater Personalities #2038
DID WE MISS SOMEONE?
CLICK HERE AND TELL US
WE'LL MAKE SURE
THEY'RE HERE A.S.A.P
Quick Facts

American People
American Men
California Actors
University Of California, Los Angeles
American Actors
Childhood & Early Life
Beau Bridges was born on 9 December 1941, in Los Angeles, California. His father, Llyod Bridges, was a famous actor and his mother, Dorothy Bridges, was an actress. He was fondly nicknamed ‘Beau’ by his parents who were inspired by ‘Gone with the Wind’.
He has a younger brother, Jeff Bridges, who is also a popular actor. He also has a sister, Lucinda. He is extremely close to his brother and has starred with him on stage. They grew up in Holmby Hills.
He was interested in sports before he switched to acting. In his freshman year at the University of California (UCLA), he even played a few matches. However, he transferred to the University of Hawaii later.
He enlisted himself in the United States Coast Guard Reserve in 1959 and served for eight years.
Continue Reading Below
You May Like

The Hottest Male Celebrities With The Best Abs
Career
In 1948, Beau Bridges made his acting debut in an uncredited role in the movie 'Force of Evil'. Later in 1949, he had another minor role in 'The Red Pony'.
He appeared, along with his younger brother, on the ‘Lloyd Bridges Show’. It was their father's CBS anthology series. He had several appearances in other television series as well, including ‘The Fugitive’, ‘Mr. Novak’, ‘The Loner’, and ‘National Velvet’.
He guest-starred in the military series ‘Twelve O’clock High’ as Corporal Corbett in 1965. Soon, he started working in more films and TV series throughout the decade.
He starred in several feature films across 1970s and 1980s, including 'The Landlord' (1970), 'The Other Side of the Mountain' (1975), 'Greased Lightning' (1977), 'Norma Rae' (1979), 'Heart Like a Wheel' (1983), and 'The Hotel New Hampshire' (1984).
His big break arrived in 1989 when he starred in ‘The Fabulous Baker Boys’. He was paired opposite his brother Jeff as one of the Baker Boys. Their co-star Michelle Pfeiffer was nominated for the Oscar for her role.
Teaming up with his father in the 1993-94 TV series ‘Harts of the West’, Beau Bridges appeared for 15 episodes. A family collaboration with his father and son Dylan was seen in 1995 when they appeared in the pilot of the science fiction series 'The Outer Limits'.
He appeared as Richard Nixon in the drama film ‘Kissinger and Nixon’ directed by Daniel Petrie. Though slated as a TV movie, Beau’s acting skills received a positive response.
He was cast as Judge Bob Gibbs in the series ‘Maximum Bob’ aired on ABC in 1998. He later found himself a recurring role in the series ‘Beggars and Choosers’ that ran from 1999 to 2000.
In 2001, in the popular sitcom 'Will & Grace', he made a guest appearance as Daniel McFarland. In the same year, he took on the role of a father and professor in fantasy movie 'Voyage of the Unicorn'.
Continue Reading Below
He essayed the role of Senator Tom Gage in about 30 episodes in the drama series 'The Agency'. This ran from 2002 to 2003.
In 2005, he appeared in 'Stargate SG-1' as the new commander Major General Hank Landry of Stargate Command. He continued to play this character in the series 'Stargate Atlantis' and the movies 'Stargate: The Ark of Truth' and 'Stargate: Continuum'.
He guest-starred as Carl Hickey in the NBC series ‘My Name is Earl’, in 2005. His character soon became a recurring episode. He received an Emmy Award nomination for this role in 2007.
In 2008, he was roped in to play 'BB' Hensley, an ex-cop in hunt of a serial killer, in the movie 'Max Payne'. This role was based on video game character. He received tremendous praise for this movie and his performance.
In 2009, Bridges worked along with Cynthia Nixon, Blair Underwood to record 'An Inconvenient Truth', which elucidated Al Gore's campaign to educate citizens about global warming. He went on the win a Grammy Award for Best Spoken Word Album for this recording.
His guest appearance on the 100th episode of ‘Desperate Housewives’ fetched him an Emmy nomination in 2009. He played Eli Scruggs.
He signed with Chris Mallick to be a part of the movie 'Columbus Circle' in 2010. In the same year, it was announced that he would play the role of Joseph Rocky Rockford in the series’ The Rockford Files’.
Beau Bridges made it to the big stage in 2012. He played the role of J.B. Biggley in the Broadway musical 'How to Succeed in Business Without Really Trying'. He took over this role from John Larroquette.
In 2013, he starred as a major character in the CBS TV series, ‘The Miller’. He played the character of Tom, and the storyline involved him moving back with his daughter after his divorce.
Continue Reading Below
Between 2015 and 2017, he starred in several TV series and movies, including ‘Underdog Kids’, ‘Lawless Range’, ‘Penn Zero’, ‘Bloodline’, etc.
Beau Bridges had a recurring role in the series ‘Masters of Sex’ as Doctor Barton Scully. The series dealt with research on human sexuality.
He continues to actively work in movies and television. His latest work includes ‘Dirty Politcs’, ‘Homeland’, ‘Galveston’, and Mosaic. His three movies: ‘All About Nina’, ‘Elsewhere’, and ‘Supervised’ are due to be released.
Major Works
In 1989, Beau Bridges teamed with his brother Jeff Bridges and Michelle Pfeiffer to star in ‘The Fabulous Baker Boys.’ The critics praised the movie and it went on to be nominated for the Academy Awards in several categories.
His most successful movie is ‘The Descendants’ that was released in 2011. It was directed by the award-winning Steve Kloves and crossed over $170 million at the box office.
Family & Personal Life
Beau Bridges married Julie Landfield in 1964 and the couple divorced later in 1984. They have two sons, Casey Bridges and the actor Jordan Bridges.
He married Wendy Treece in 1984. He has three children from this marriage: Dylan Bridges, Emily Bridges, and Ezekiel Jeffrey Bridges.
Bridges speaks vocally about the environment. He has switched to a vegan diet since 2004.
In 2011, he along with his father and brother were among the six veterans to be honored with the Lone Sailor Award by the United Sates Navy Memorial. This was in recognition of their achievements in their civilian careers.

See the events in life of Beau Bridges in Chronological Order