DID WE MISS SOMEONE?
CLICK HERE AND TELL US
WE'LL MAKE SURE
THEY'RE HERE A.S.A.P
Popularity Index
103
Actors #68
Film & Theater Personalities #143
Quick Facts 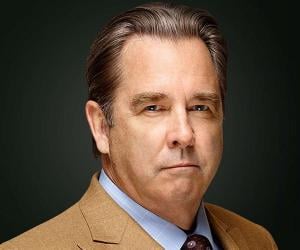 Who is Jeff Bridges?

Jeffrey Leon Bridges, popularly known as Jeff Bridges, is a popular ‘Academy’ award-winning American actor. He is also a singer and film producer. He is best known for his roles in films like ‘The Last Picture Show’ and ‘Crazy Heart.’ Bridges, who comes from a prominent acting family, started appearing on screen as a toddler. His first significant appearance was on the television series ‘Sea Hunt’ where he acted alongside his father Lloyd Bridges and brother Beau Bridges. He won his first ‘Academy Award’ nomination for his role in the 1971 film ‘The Last Picture Show.’ Over the years, he has also earned ‘Academy Award’ nominations for several other films, such as ‘Starman’ and ‘The Contender.’ In 2009, he finally won the ‘Academy Award’ for ‘Best Actor’ for his performance in the film ‘Crazy Heart.’ Throughout his career, Bridges has played significant roles in popular films like ‘Heaven’s Gate,’ ‘TRON,’ ‘The Fisher King,’ and ‘The Mirror Has Two Faces.’ California Actors
Tall Celebrities
Tall Male Celebrities
American Actors
Childhood & Early Life
Jeff Bridges was born on 4 December 1949, in Los Angeles, California, United States. His father Lloyd Bridges was a popular American film and stage actor, and his mother Dorothy Bridges was an actress and writer. He had three siblings; one of his siblings died in infancy.
He made his first appearance in the film ‘The Company She Keeps’ when he was a toddler. Later, during his childhood, he made several appearances in his father’s show ‘Sea Hunt’ which aired from 1958 to 1960.
Bridges grew up in Holmby Hills in Los Angeles. He showed an interest in music during his high school days. In 1967, he completed his graduation from the ‘University High School,’ after which he enlisted in the ‘Coast Guard Reserves.’ He served there for a few years. Later, he went to New York City to learn acting at the ‘Herbert Berghof Studio.’
Continue Reading Below
You May Like

Sagittarius Actors
Actors Who Are In Their 70s
American Film & Theater Personalities
Sagittarius Men
Career
Jeff Bridges’ first significant work as an adult was in the 1971 American drama film ‘The Last Picture Show’ where he played a supporting role. The film was directed by Peter Bogdanovich. The film was adapted from a novel of the same name written by Larry McMurtry. His performance was widely appreciated and earned him an ‘Academy Award’ nomination.
His success landed him important roles in movies, such as ‘Fat City,’ a 1972 American boxing drama film, ‘The Last American Hero,’ a 1973 sports drama film, ‘Thunderbolt and Lightfoot,’ a 1974 American crime film, ‘King Kong,’ a well-known 1976 monster thriller film, ‘TRON,’ a 1982 American sci-fi film, ‘Kiss Me Goodbye,’ a 1982 romantic comedy, and ‘8 Million Ways to Die,’ a 1986 American crime film.
One of his most popular films is the 2000 political drama ‘The Contender.’ The film, which was written and directed by Rod Lurie, focused on the Lewinsky scandal, which arose during the presidency of Bill Clinton. Bridges’ performance in the film earned him a nomination for the ‘Academy Award’ for ‘Best Supporting Actor.’
‘Crazy Heart,’ a 2009 American drama, was one of the most significant works of Bridges’ career. The film, which was written and directed by Scott Cooper, was based on a 1987 novel of the same name. Bridges, for his amazing performance in the film, earned the 2009 ‘Academy Award’ for ‘Best Actor.’ He was also nominated for several other awards, such as the ‘Satellite Award’ and the ‘BAFTA Award.’ The movie received mostly positive reviews.
In 2010, Jeff Bridges received another ‘Academy Award’ nomination for his brilliant performance in the film ‘True Grit.’ The film was based on a novel of the same name by Charles Portis. Bridges played the role of ‘Deputy US Marshall Reuben J Cogburn.’ The story focuses on a young girl, whose father is killed by an outlaw, and her quest for revenge.
His other works include the 2014 social science fiction film ‘The Giver.’ The film, which is based on a novel by Lois Lowry, starred Bridges along with other actors, such as Brenton Thwaites, Odeya Rush, Meryl Streep, and Katie Holmes.
He did voice acting for ‘The Little Prince,’ a 2015 animated adventure fantasy film. The film was directed by Mark Osborne.
Bridges appeared in the film ‘Hell or High Water’ for which he received his seventh ‘Academy Award’ nomination in 2016.
From 2017 to 2018, he was featured in numerous films like ‘The Only Living Boy in New York,’ ‘Kingsman: The Golden Circle,’ and ‘Bad Times at the El Royale.’
Major Works
'Thunderbolt and Lightfoot' was one of Jeff Bridges’ early movies. For his performance in the film, he earned an ‘Academy Award’ nomination. The film was written and directed by Michael Cimino. Along with Bridges, it starred Clint Eastwood, George Kennedy, and Geoffrey Lewis. The film, which released on May 22, 1974, turned out to be a huge hit, grossing over $9 million in its initial theatrical release alone. Soon, it grossed over $25 million, making it the 17th highest-grossing film of the year.
Bridges appeared in the popular 1976 monster thriller ‘King Kong.’ Directed by John Guillermin, the movie was a remake of the 1933 classic ‘King Kong.’ It starred Jeff Bridges in the lead role along with actors, such as Charles Grodin and Jessica Lange. It became the 7th highest-grossing film of the year, making over $90 million worldwide. It also won the ‘Academy Award’ for ‘Best Visual Effects.’ It received mixed reviews from critics.
Bridges’ significant works include the 2010 American movie ‘True Grit.’ The film, an adaptation of a book by Charles Portis, starred Mattie Ross, Matt Damon, and Josh Brolin. The movie follows a teenage girl whose father is murdered by an outlaw. How she accomplishes her goal of avenging her father’s death forms the crux of the story. The film received positive reviews from critics, and won several awards as well.
Awards & Achievements
Throughout his career, Jeff Bridges has won numerous awards and nominations. In 2009, he won the ‘Academy Award’ for ‘Best Actor’ for his brilliant performance in the American drama film ‘Crazy Heart.’
Personal Life & Legacy
In 1977, Jeff Bridges married Susan Geston, whom he had met during the shooting of a film named ‘Rancho Deluxe.’ The couple has three daughters and one granddaughter.
He is involved with the ‘End Hunger Network’ which is a movement founded by people from the entertainment industry to end hunger during childhood. He is also a supporter of environmental causes.
Trivia
Jeff Bridges has a keen interest in Buddhist philosophy. He has learnt Transcendental Meditation and meditates for half an hour before he begins his work.

See the events in life of Jeff Bridges in Chronological Order