Ashton Kutcher is a renowned actor, model and producer. He has attributed his creative inspiration to his journeys to the source of creation (his visits to Kabalah centers). He calls himself a fiscal conservative and a social liberal. He has been described as a hunky, young actor who is heading in all directions, at once. During his University days, he worked as college summer hire in the Cereal department of General Mills plant to earn money for his tuitions. He has displayed entrepreneurial skills by investing in the Italian restaurant ‘Dolce’, and a Japanese- themed restaurant ‘Geisha House’ located in Atlanta, Los Angeles and New York City. He has dabbled in sports, and was named the assistant coach for the freshman football team at Harvard- Westlake School in Los Angeles, for a year. He tried his hand at action movies, pairing up with Kevin Costner for the Movie Guardian. He underwent intensive physical training for his role as rescue swimmer. American People
American Men
Iowa Actors
University Of Iowa
Tall Celebrities
Childhood & Early Life
Kutcher was born in Iowa to Diane and Larry M Kutcher on February 7, 1978. He was raised in a conservative Roman Catholic family.
He has two siblings - his older sister, Tausha, and a fraternal twin, Michael. His brother’s heart condition and cerebral palsy traumatised his childhood. He went through emotional turmoil till his brother’s heart transplant.
He attended Washington High School till his freshman year. As his family moved to Homestead, he continued in Clear Creek Amana High School. His interest in acting started with school plays.
His home life was not stable as his parents divorced when he was sixteen. He fell in bad company and was convicted of third degree burglary, when still in high school.
The probation and community service turned him, but he realised he had ruined his chances of college scholarships. He was affected by the ostracism at school and community, and loss of his girlfriend. 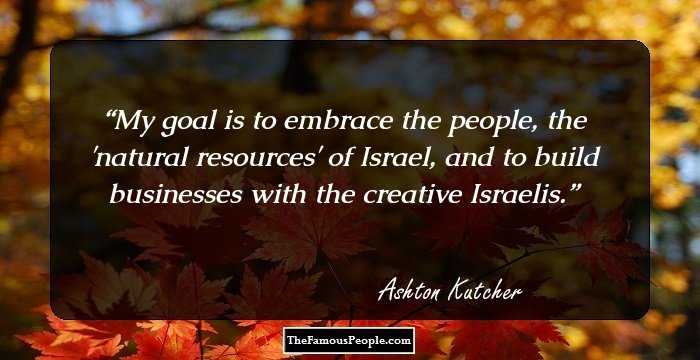 Continue Reading Below
Career
His brother’s ailment was an emotional influence on him, so much so that he joined University of Iowa in 1996, to major in biochemical engineering to find a cure for his brother’s condition.
He was recruited to enter the ‘Fresh Faces of Iowa’ modelling competition by a model scout during his university days. He was placed first in the competition and with that he quit college.
His exposure in IMTA and participation in modelling competitions opened up modelling opportunities for him in Paris and Milan. In 1998, he signed up with Next and modelled for Calvin Klein.
He moved to Los Angeles, and was cast as Michael Kelso in his first television series ‘That ‘70s Show’ successfully till 2006. He also began auditioning for movies during this period.
He became popular for his comedy acts. He starred in several comedy films like ‘Dude, Where’s My Car?’, ‘Just Married’ and ‘Guess Who’. These movies were released one after the other after 2000.
In 2003, with the release of the family film, ‘Cheaper by the Dozen’ he began to be recognised as a full fledged actor. He played a self obsessed actor in this movie.
‘The Butterfly Effect’, released in 2004, was his first box office hit. He plays the role of a conflicted young man who time travels.
In 2013, he appeared in ‘Jobs’, which was a biographical sketch of Steve Jobs, the co-founder of Apple Inc. He was both well received and criticised for his effectiveness in this role. 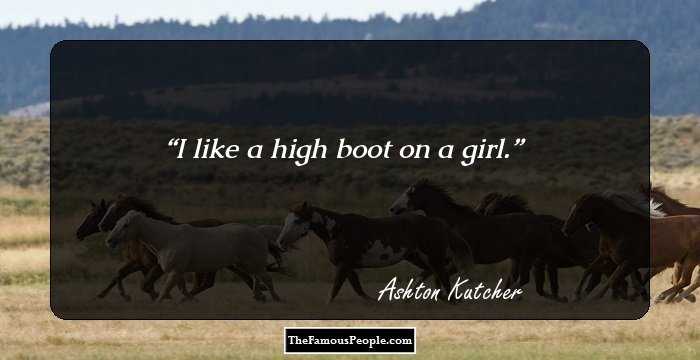 Quotes: Like
Continue Reading Below
Major Works
He worked as an executive producer of reality television shows Beauty and the Geek, Adventures in Hollywood, The Real Wedding Crashers, and the game show, Opportunity Knocks.
His foray into television saw him working in sitcoms. Kutcher currently stars as Walden Schmidt on the CBS sitcom, Two and a Half Men, since Charlie Sheen's departure from the show, in 2011.
In 2013, Lenovo declared they had hired Kutcher as a Product engineer. In this new role, he would market the Yoga line of tablets by providing inputs in design, specifications software, and usage scenarios.
Awards & Achievements
In 2003, he won the ‘Teen Choice Award’ for the movie Punk’d in the category Reality Hunk, and again the following year, in the category TV personality.
In 2010, he was awarded the ‘Favourite Web Celebrity’ by People’s Choice Awards, USA. This accolade came to him for the most number of followers on Twitter. 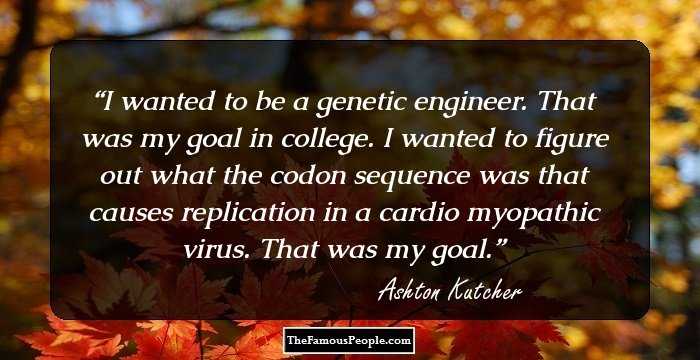 Personal Life & Legacy
Kutcher married established actress Demi Moore in 2005, after being in a relationship for two years. She was senior to him by fifteen years. They separated after five years of married life.
In 2009, he, along with his wife, established DNA Foundation, later known as Thorn, which raises the issues of sexual exploitation of children and the sudden increase of child pornography.
This actor is known for his entrepreneurial skills and has successfully invested in technology start-ups. Some of his investments are in Skype, Foursquare, Airbnb, Oath and Fab.com.
Trivia
This American actor was the first user of Twitter to have more than 1,000,000 followers, beating CNN in the ‘Million followers contest’.
This American actor signed up as the 500th paying customer to ride Galactic Spaceship Two. This ride will carry paying customers up to the edge of space and back.

Quotes By Ashton Kutcher | Quote Of The Day | Top 100 Quotes

See the events in life of Ashton Kutcher in Chronological Order