Hollywood actress, Demi Moore, had very humble beginnings and she once worked as a pin-up-girl after she dropped out of high school. She had a very disturbed childhood, her birth father left her mother even before she was born and her stepfather committed suicide when she was sixteen. After the incident, young Demi’s life was full of hardships and her mother embarrassed her with a record of drunken driving crimes and arson. With an unstable family, she was left to fend for herself and appeared on the cover of an adult magazine. Still determined to pave her way in the world of entertainment, she did many odd jobs and finally made her debut with the film, ‘Choices’. She later gained fame and recognition with her breakthrough role in the film, ‘St. Elmo's Fire’. She has an estimated net worth of $150 million and is one of the most accomplished and well known actresses in the Hollywood, becoming one of the highest paid actress after her acclaimed film, ‘Ghost’. To learn more interesting and intriguing facts about her childhood, personal life and professional achievements in the field of entertainment, scroll down and continue to read this biography. American People
American Women
New Mexico Actresses
Scorpio Actresses
American Actresses
Childhood & Early Life
Demi Moore was born in Roswell, New Mexico to Charles Harmon, an Air Force man; her mother’s name is Virginia.
When she was 15 years old, she relocated to West Hollywood, California, where her mother was employed with a magazine. There she attended the Fairfax High School.
After leaving high school in junior high, she worked many jobs, including one as a pin-up girl and at a debt collection agency. She also attended drama classes. 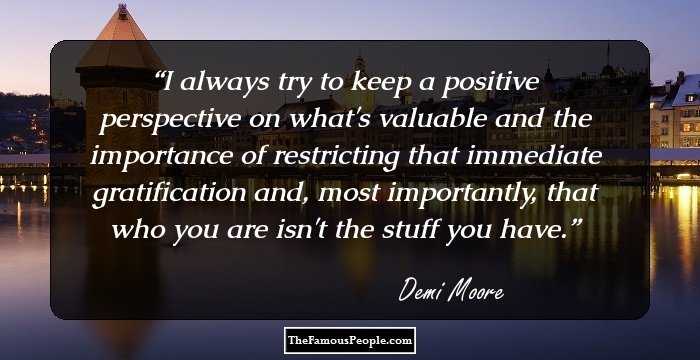 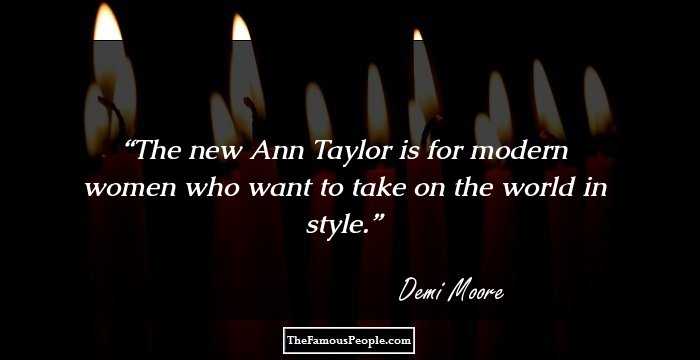 Major Works
She starred in the 1990 movie, ‘Ghost’, which was a commercial blockbuster that earned a whopping $505 million at the box office. The film was the highest grossing film of that year.
She was seen in the 1996 TV film, ‘If These Walls Could Talk’, which became one of HBO’s highest rated movies. The film earned four Primetime Emmy Award nomination and three Golden Globe Awards.
Continue Reading Below
Awards & Achievements
In 1990, she was the recipient of the Saturn Award for the category of ‘Best Actress’ for the film, ‘Ghost’. 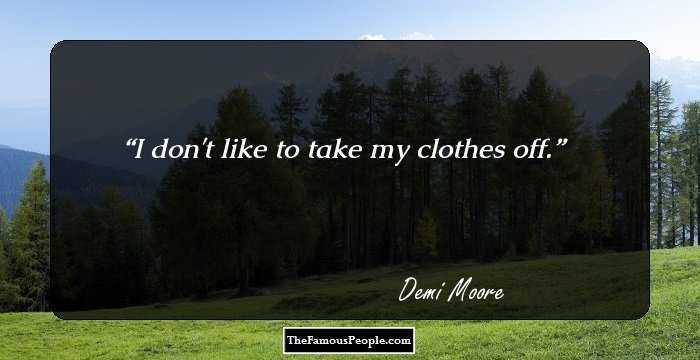 Personal Life & Legacy
She was born as a cross eyed child and later underwent surgery in order to treat it. She also suffered from kidney dysfunction.
In 1980, she married Freddy Moore but the couple got divorced in the year 1985.
In 1987, she married actor Bruce Willis and the couple had three daughters together. They got divorced in the year 2000.
In 2005, she married actor Ashton Kutcher but sadly in the year 2011 she announced to the media that she wished to end her marriage with him.
Trivia
This Golden Globe nominated American actress hired there cameramen in order to shoot the birth of her first daughter.
This acclaimed American actress married a man who was 15 years her junior in the year 2005, when she was almost 43 years old.

See the events in life of Demi Moore in Chronological Order