Ashish Chanchlani is an Indian social-media influencer and actor. He was interested in the entertainment industry since childhood. Both his parents are part of the entertainment industry. Thus, he had their full support. Ashish attended an engineering college but dropped out to pursue his social-media career. He started as a "Viner" and eventually became a "YouTuber." Ashish is known for his genuine content inspired by real life. His content has earned his channel over 9 million subscribers. He made his TV debut in an episode of the 'Zing’ series 'Pyaar Tune Kya Kiya.' He was also cast in a web series. Ashish has also worked with Bollywood actors Akshay Kumar and Shahid Kapoor. 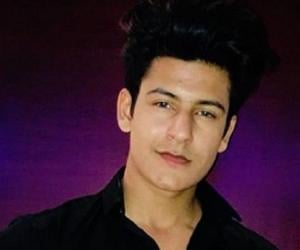 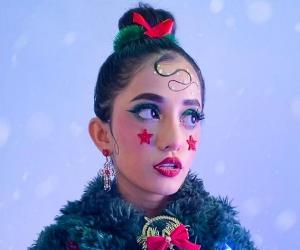 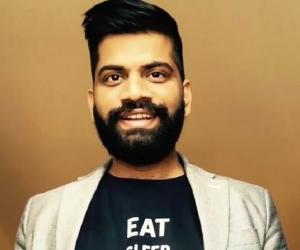 Ryan Johnston
Vloggers #675
Viners #93
Instagram Stars #527
DID WE MISS SOMEONE?
CLICK HERE AND TELL US
WE'LL MAKE SURE
THEY'RE HERE A.S.A.P
Quick Facts

Indian People
Indian Men
Male Viners
Male Youtubers
Indian Vloggers
Birth & Education
Ashish was born on December 7, 1993, in Ulhasnagar, Mumbai, India. His father, Anil Chanchlani, is the owner of the 'Ashok–Anil Multiplex’ in Ramayan Nagar, Ulhasnagar. His mother, Deepa Chanchlani, is the financial analyst of the multiplex. Ashish’s sister, Muskan, is a beauty vlogger and has appeared in his videos a few times. She runs a 'YouTube' channel titled 'Miss McBlush.'
Recommended Lists:

Indian YouTubers
Sagittarius Youtubers
Male Social Media Stars
Indian Social Media Stars
Ashish studied civil engineering at the 'Datta Meghe College of Engineering' in Navi Mumbai. He also attended the 'Barry John Acting Studio,' where his acting career began to take shape. He soon realized that engineering was not his cup of tea and decided to drop out. His family, too, supported his decision.
Recommended Lists:

Sagittarius Men
While in school, Ashish had no interest in studies. He had contemplated dropping out of school, too. However, his father had advised him to complete his education before venturing into acting. Ashish followed his father's advice and graduated high school with good grades. He opted for science and joined an engineering college. Unfortunately, Ashish failed in one of the subjects in his first year of engineering. His failure in academics and his inability to devote time to his acting career caused Ashish to sink into depression.
Nevertheless, he found a way to follow his passion and simultaneously continue studying engineering. Ashish joined the college committee and bagged the position of the event head. He then began participating in college fests, which not only boosted his confidence but also gave him a platform to showcase his talent. At the same time, he came across the app 'Vine,' which was trending then. The first 'Vine' that Ashish saw was a clip of David Lopez. Inspired by the clip, he decided to venture into the field. He conducted some research and found that the 'Vine' market in India was completely untapped. Ashish seized this opportunity and decided to make "Vines."

Who Is The Most Popular BTS Member?
Continue Reading Below
Career
Ashish began his social-media career through 'Vine.' Back then, the app was new in the Indian market. Thus, Ashish had to struggle to reach out to his audience. He has admitted to copying the 'Vine' content of some of the established "Viners" of that time. Unfortunately, he did not receive a satisfactory response from the audience. Ashish soon realized his mistake and decided to make more genuine content. He believed that would help the audience relate to his content. He then made a 'Vine' on 'Maggi,' and this changed everything. From a humble count of 200 followers, his fan base on 'Vine' shot up to a million. Since then, Ashish is known for creating content inspired by real life.
Soon, 'Vine' was taken down. Ashish launched his 'YouTube' channel, 'Ashish Chanchlani Vines,' on 6 July 2009. However, he uploaded his first ‘YouTube’ video, 'How to annoy people who say - tu mere baap ko jaanta hai?,' in December 2014. The video has earned over 2 million "views."
Ashish mostly casts his friends in his videos. His parents and sister have also been featured in a few of his comedy videos. The video titled ‘The Stranger’ is the first and only non-comedy video that Ashish has made to date. Ashish has been fortunate to work with his inspiration, Bollywood actor Akshay Kumar. They shared screen space for one of Ashish’s 'YouTube' videos. The video was also a promotional strategy for Akshay’s then-upcoming movie 'Gold.' Similarly, actor Shahid Kapoor had also acted in one of Ashish’s videos to promote his film 'Batti Gul Meter Chalu.'
Ashish has earned over 3 million followers on 'Instagram.' On 'Twitter,' he has amassed more than 393 thousand followers. In April 2018, Ashish won the prestigious 'Dadasaheb Phalke Award' for the ‘Best Digital Influencer.’
Ashish made his TV debut with an episode of the TV series 'Pyaar Tune Kya Kiya,' aired on the channel 'Zing.' In 2017, he appeared as ‘Ishaan’ in the 'ALTBalaji' web series 'Class of 2017.' Ashish had earned the role in his initial days of fame. One of the casting directors of the show had seen Ashish's work before and had then recommended his name to the creator of the series, Vikas Gupta. Ashish had then aced the audition and had bagged the role. According to him, the character ‘Ishaan’ was a lot like him: imperfect, immature, and overweight. Incidentally, Ashish was constantly bullied in school for being overweight.

Personal Life
Ashish is a genuine food lover. He loves pizzas, cakes, chicken sandwiches, and the traditional Indian snack “papdi chaat.” 'KFC' is his all-time favorite food joint.
Bollywood actor Akshay Kumar inspires Ashish a lot. He closely follows the actor's comedy skills and incorporates them into his performances. Ashish has also stated that he has copied Akshay’s mannerisms in many of his videos. Ashish also loves to watch Chris Pratt and Emma Stone. Logan Paul, Amanda Cerny, and Christian DelGrosso are some of his favorite social-media influencers. 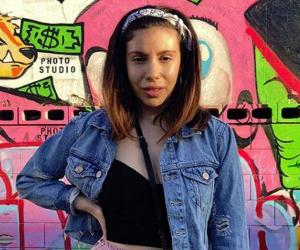 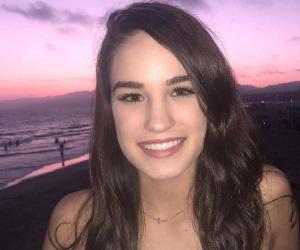 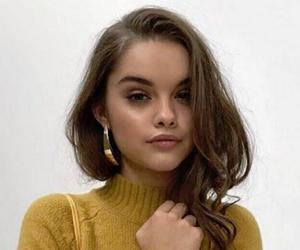