Ashe is an American indie folk and electro pop singer. A Berklee College of Music graduate, she rose to fame with her debut solo single, Used to It, in 2017. Earlier, she had already collaborated with artists such as Whethan, Shaun Frank, and Louis the Child. In 2018, she released her debut EP, The Rabbit Hole. In 2019, she released the EPs Moral of the Story: Chapter 1 and Moral of the Story: Chapter 2, both produced by her friend and collaborator Finneas O'Connell. The single Moral of the Story was based on her divorce and became a huge hit after it was included in the soundtrack of the 2020 Netflix series To All the Boys: P.S. I Still Love You. She is currently working on her debut album. 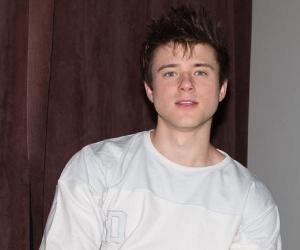 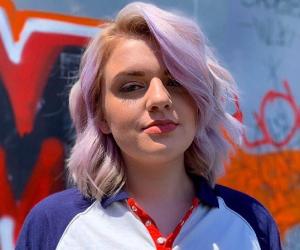 John Denver
Folk Singers #66
Singers #2710
DID WE MISS SOMEONE?
CLICK HERE AND TELL US
WE'LL MAKE SURE
THEY'RE HERE A.S.A.P
Quick Facts

Ashe began learning the piano at the age of 6 and started writing songs in her teenage years. Following high school, she attended community college for a while, before joining the Berklee College of Music in Boston. In 2015, she graduated from the institute, majoring in production and contemporary writing.

Following her graduation, Ashe moved to Nashville, where she found jobs related to songwriting and production. She was noticed by Swedish DJ Ben Phipps, who invited her to collaborate on the single Sleep Alone.

The track became viral, and she bagged projects with artists such as Whethan, Shaun Frank, and Louis the Child. Ashe’s 2016 single, with Whethan, titled Can't Hide, was her fifth No. 2 single on the US and Global Spotify Viral 50 charts.

She signed with the independent label Mom + Pop and released her first solo single, Used to It, in June 2017. She then released Girl Who Cried Wolf in November 2017.

Used to It was Ashe’s second track to reach top the Global Spotify Viral 50 chart. Ashe gained a place alongside Billie Eilish and Lewis Capaldi, on Vevo's list of Artists to Watch in 2018.

In April 2017, Ashe supported The Chainsmokers at their Memories Do Not Open Tour. She also performed with Big Gigantic during Coachella 2017.

She was also part of Canadian singer Shaun Frank's Juno-nominated 2017 single Let You Get Away. The song was certified “gold” in Canada.

From October 2017 to January 2018, Ashe toured with California-based singer Lauv, Louis The Child, and Whethan. She has also toured with electro dance music DJ Ethan Snoreck. Ashe co-wrote Demi Lovato's 2017 track You Don't Do It for Me Anymore. Ashe supported Quinn XCII during his From Michigan with Love World Tour.

In June 2018, she released the EP The Rabbit Hole. By then, she had gained over 200 million streams and nine number 1 songs on Hype Machine.

In February 2020, Ashe's single Moral of the Story charted at number 5 on the Billboard charts after it became popular as the soundtrack of the Netflix series To All the Boys: P.S. I Still Love You.

Moral of The Story also had lyrical contribution from Billie Eilish. Interestingly, the single is a divorce song, written back in 2017. Around Valentine’s Day that year, she was going through a bad marriage. Soon, she filed for divorce and left for a tour.

She had a session in West Hollywood with songwriters Casey Smith and Noah Conrad. She told them she had just filed for divorce, and they decided to write a song on that. They completed the song within 3 hours. While Ashe described her situation, Casey wrote down what she was saying.

The song reached number 2 on the Global and US Spotify Viral 50 charts. It also gained more than 12 million streams on the platform. The song also helped her gain her debut appearance on the Billboard Hot 100.

Ashe is working on her first album now. She is managed by the agency Working Group Management.

Ashe grew up listening to Christian radio and once said that she is grateful to her grandfather for introducing her to music by The Beatles, Bob Dylan, and Jefferson Airplane.

She once stated that jazz music legend Carole King has been the biggest inspiration in her life. Ashe added an "e" to her stage name in honor of Carole King. She is also fond of actor Diane Keaton.

Ashe filed for divorce from her toxic husband in 2017. She is not on talking terms with her ex-husband.

Speaking about her relationship with Finneas and Billie Eilish, she said that they had the same management company, Best Friends. Finneas and Ashe co-wrote the song Wrong Side of Myself, which was part of her first EP, The Rabbit Hole. Following this, Finneas and Ashe became good friends. He also helped her go through the entire divorce process. Although Finneas is 4 years younger than her, Ashe thinks he is mature beyond his years.

Her self-titled YouTube channel, Ashe, was launched on August 20, 2015, and has already gained over 335 thousand subscribers and more than 64 million views.

In late August 2020, she uploaded the official video of the single Save Myself. The video of Moral of the Story, uploaded in February 2019, has gained over 36 million views.

She has a second YouTube channel, AsheMusicVEVO. She launched the channel on July 6, 2017. It has gained over 51 million views.

Her TikTok account, yourmomashe, has gained over 9.4 million likes and more than 714.5 thousand fans.

She has her own website, ashe-music.com. The site hosts her videos and tour details. Her brand of merchandise, too, is available on her site.

See the events in life of Ashe in Chronological Order 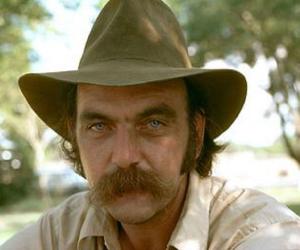 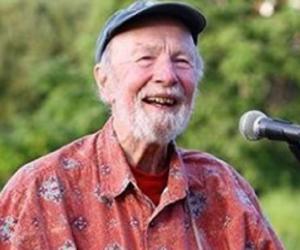