Armin Meiwes is a German criminal who is known for a notorious act of cannibalism committed in 2001. He is a former computer repair technician. He was thought of as a person who led an ordinary life, until a search conducted at his home revealed the details of a gruesome murder committed by him. Born into an affluent family, Meiwes had an unhappy childhood. His father left the family when Meiwes was quite young. Growing under the supervision of a tyrannical mother, he started developing odd tendencies, such as fantasizing about eating his friends. During his adolescent years, he became drawn to websites that promoted cannibalism. After the death of his mother, Meiwes became more serious about executing his cannibalistic wishes. He posted a public advertisement looking for a voluntary victim who was willing to be killed. Bernd Jurgen Armando Brandes, an engineer from Berlin, answered his advertisement. On mutual agreement, Meiwes cut Brandes’s penis, and both the men tried to devour it together. Later, Meiwes killed his victim and preserved his body parts. He ate the parts for 10 months. When he posted a fresh advertisement looking for new victims, it was noticed by a student who alerted the authorities. On conducting a search at his home, investigators discovered a videotape that had the recorded details of the entire act. There was a lot of other evidence, too. Meiwes later admitted his crime. He was convicted of murder and sentenced to life imprisonment. Many filmmakers have produced movies based on the story of Armin Meiwes. 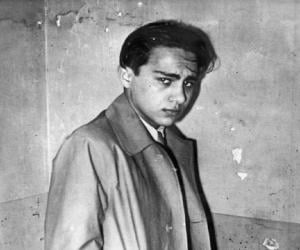 German People
Male Criminals
Male Murderers
German Murderers
German Criminals
Childhood & Early Life
Armin Meiwes was born on December 1, 1961, in Essen, Germany. He had a lonely childhood. When Meiwes was 8 years old, his father abandoned the family. He was raised by his mother, who had a domineering personality. Meiwes grew up to be an introvert who longed to have friends.
As a child, Meiwes read the story of ‘Hansel and Gretel.’ The cannibalistic witch in the story fascinated him. In his early days, he created an imaginary brother named “Frank” to vent his thoughts. In his adolescent years, Meiwes fantasized about eating his friends so that they would always be a part of him. His mother was unaware of these tendencies. She never let him lead the life he wished for.
You May Like

Who Is The Most Popular BTS Member?
Career & Personal Life
As a youngster, Armin Meiwes lived with his mother at their family mansion. He worked with the army for a while but continued to stay with his mother. Later, he began working as a computer technician. Due to the tyrannical nature of his mother, Meiwes was never able to make friends. He turned to the internet to find solace. He was attracted to sites that promoted pornography and cannibalism. Meiwes had a bisexual tendency. He had gay relations with many of his army colleagues. He made frequent visits to prostitutes, too.
The cannibalistic tendencies in Armin Meiwes began to take a concrete shape in 1999, after the death of his mother. A year after his mother’s death, he posted an advertisement in a chat room, looking for well-built men who were willing to be slaughtered and consumed. He used the pseudonym “Franky” for the post.
Though many people replied to the post, all of them developed cold feet later. Meiwes did not force them or made them do anything against their will. Bernd Jurgen Armando Brandes, an engineer from Berlin, answered the advertisement. Emails were exchanged between the men. Brandes, too, had had an unhappy childhood. He was bisexual, too. They met at Meiwes’s house at the appointed date and time and carried out the plan.
On March 9, 2001, Brandes met Meiwes at his mansion. Meiwes and Brandes captured the whole incident on video. Meiwes amputated Brandes’s penis, and both men tried to eat it together. However, Brandes failed in the attempt. Before the act, Brandes had consumed 20 sleeping pills and a bottle of cough syrup, which slowed down his breathing.
As Brandes lay bleeding and drifting in and out of consciousness, Meiwes gave him a bath and prayed for him. He then killed Brandes by stabbing him in the throat. He committed the act for sexual pleasure. Later, the body was hung on a meat hook. Meiwes cut the body parts and stored them in his freezer. Over the next 10 months, he consumed most of it, while the outside world remained unaware of the heinous crime.
In December 2002, Armin Meiwes posted a new advertisement inviting victims for slaughter. This was noticed by a student, who alerted the authorities. Investigators searched his house and found the videotape and severed body parts. Meiwes was arrested and convicted of manslaughter. On 30 January 2004, he was sentenced to 8 years of imprisonment. After his arrest, Armin Meiwes admitted his guilt and expressed regret for his actions. He expressed the desire to write a biography in order to discourage anyone who wanted to follow in his footsteps.
In 2005, a German court ordered a retrial of the case, arguing that Meiwes should be convicted of murder, as the motive behind the crime was sexual gratification. During the retrial, a psychologist stated that Meiwes could be dangerous, as he still dreamed of devouring the flesh of young people. In May 2006, he was convicted of murder and sentenced to life imprisonment.
Trivia
Due to his acts, Meiwes has been nicknamed by the media as the “Rotenburg Cannibal.” The story of Armin Meiwes was captured in movies such as ‘Cannibal,’ ‘Grimm Love,’ and ‘Feed.’ According to Meiwes, there are at least 800 cannibals in Germany.
You May Like

See the events in life of Armin Meiwes in Chronological Order 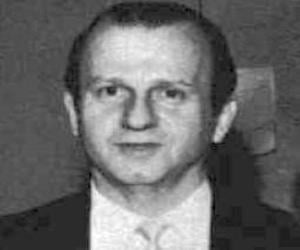