Best known for her portrayal of Alex Dunphy in the hit sitcom ‘Modern Family’, Ariel Winter is a supremely talented American actress, singer and voice actress. She has quite successfully managed to roll quite a few eyeballs worldwide at a very young age, so much so that she is pitted to be Hollywood’s next big thing by many industry pundits, which comes as no surprise given the fact that she has been involved with the television industry since the time she was still a toddler. This beautiful and intelligent actress has also achieved exceptional success as a voice artist and a singer in various previous shows and movies. As a testimony of her talent, she has won various awards and accolades throughout her career. Frank, candid, and often outspoken, Winter is the quintessential millennial and is hence loved and adored by countless others around the world. 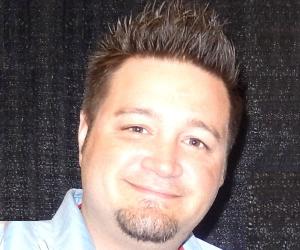 American People
Virginia Actresses
Aquarius Actresses
American Actresses
Actresses Who Are In Their 20s
Childhood & Early Life
Born Ariel Winter Workman in Fairfax, Virginia, Ariel is the youngest of the three children of Glenn Workman and Chrisoula “Chrystal” (née Batistas). Her two siblings - Shanelle Workman Gray and Jimmy Wokman are both attached to the entertainment industry as well.
Ariel has a Greek ancestry through her mother. Her Greek name, Eleftheria, means ‘liberty’. Although she does not know the language beyond the basics, she claims that her siblings can speak it fluently.

Ariel did not attend any school till the age of fourteen. She was home-tutored till that time and later attended a private school in Los Angeles.

Continue Reading Below
Career
To say that Winter started her career early would be an understatement. She began her showbiz journey at the tender age of four when she was offered a role in a commercial by Cool Whip in 2002. She has not looked back ever since.

Recognition came fast for Winter as she was seen as a child prodigy in the making. She had all the boxes ticked in her favor for joining the entertainment industry. The next offer that came her way was a small role in the hit Television drama, ‘Listen Up’. She was just seven at the time but was already making all the right moves towards a successful career in the industry.

A film offer followed soon and Winter was seen playing an important role in Shane Black’s era-defining film, ‘Kiss Kiss Bang Bang’ in 2005. Although only seven years old, she impressed one and all with her brilliant acting and won accolades from co-stars, Robert Downey Jr., Val Kilmer and Michelle Monaghan.
Following her success, she was offered a number of roles in various Television series, some of which she did and others she declined. Among her early works are small roles in ‘Freddie’, ‘Monk’, and ‘ER’. She also made a guest appearance in the hit show ‘Criminal Minds’ in one of their episodes.
Supremely talented that she is, Winter did not limit herself to just acting. She also had a beautiful voice which made her a perfect fit to do animation movies. She gave voice to the character of Gretchen in ‘Phineas and Ferb’, which won her a lot of admiration and a number of other roles in animated movies. She also voiced Thumper’s Sister in the hit 2006 movie, ‘Bambi II’. Her other animated works include the voice of Marina, a mermaid in ‘Jake and the Never Land Pirates’, which aired on Disney Junior, ‘Horton Hears a Who!’, ‘Over the Edge’ and ‘Curious George’. She also gave her voice to a number of characters in the worldwide celebrated movie, ‘Ice Age: The Meltdown’ in 2006.
However, her biggest break came when she was cast as one of the principal characters in the hit TV show, ‘Modern Family’. Winter plays the role of Alex Dunphy, the middle and the most intelligent child of Claire and Phil. As the name suggests, the show is a comic representation of the trials and tribulations of an urban, “modern family”. Winter’s character is an intelligent nerd who is often bullied by others but she takes her revenge in smarts ways owing to her higher intellect. It is a complex character but she has essayed it almost effortlessly to perfection.

'Modern Family’ premiered in 2009, and continuously ran till 2020. In the seasons that the show has aired, Winter has been a pivotal part in all of them. In all, she has appeared in 180 of the 189 episodes and has left the world mesmerized with her acting. Over the years, her character has built an army of fans who swear by Alex’s intelligence.

While being a part of ‘Modern Family’, Winter took up various other projects as well. In 2009, she did a role in the thriller movie, ‘Duress’, in which she shared the screen with Martin Donovan. She was also seen in Warner Bros’ 2008 movie, ‘Speed Racer’, where she essayed the role of ‘Young Trixie’. Other movies that she was a part of during that period include ‘The Chaperone (2011), ‘Nick & Tristan Go Mega Dega (2010)’, and ‘Opposite Day (2009). She also played one of the main roles in the 2008 blockbuster ‘One Missed Call’.
Alongside movies and TV shows, Winter never forgot her love for voice acting. She has taken up every opportunity that came her way to play a role in animated movies. The list of all the animated movies that she has been a part of is rather long. However, the most notable ones are ‘DC Showcase: Green arrow (2010)’, ‘ParaNorman (2012)’, ‘Batman: The Dark Knight Returns I & II (2012/13)’, ‘Sofia, the First: Once Upon a Princess’, ‘Scooby Doo! Stage Fright (2013) and ‘Mr. Pearbody & Sherman (2014)’. Her most recent work in animated movies was in ‘Smurfs: The Lost Village’ in 2017.
Her love for lending voice saw Winter playing voice roles in various video games as well; the most notable among which are ‘Kingdom Hearts’, ‘Final Fantasy XII-2’ and ‘Guild Wars 2’.
Awards & Recognition
Winter has won numerous accolades and awards in her career. She, along with the cast of “Modern Family’ has won four Screen Actors Guild Awards for ‘Outstanding Performance by an Ensemble in a Comedy Series’, consecutively from 2010 till 2013.
She has also won the Young Artist Award for Outstanding Young Ensemble in a TV Series for ‘Modern Family’ in 2010. She was also nominated for the same award in 2011 and 2012 but she missed them out narrowly.
Personal Life

Winter has had her fair share of affairs and relationships in her life. She dated Levi Meaden of ‘Aftermath’ Fame. She has previously dated Australian actor, Callan McAuliffe in 2011, American actor Cameron Palatas between 2012 and 2013, and Laurent Claude Gaudette between 2014 and 2016.

In 2020, she started dating Luke Benward.

Unfortunately, Winter had to face a lot of troubles at her own house. Her mother was physically and emotionally abusing her continuously and it lead to a gruesome custodial battle for her between her mother and her sister, Shanelle Workman. Finally on May 5, 2014, the court granted the guardianship to Workman, hence separating Winter from her abusive mother. She later declared on Twitter that she has been officially emancipated.

See the events in life of Ariel Winter in Chronological Order