Helene Anna Held, better known as Anna Held, was a Polish-born French stage performer and singer who was not just renowned for her beauty and acting talents, but also very well-known for her love for kindling controversy. Blessed with delicate facial features, flawless skin, and a gorgeous figure, she was undoubtedly a very beautiful woman who could light up the stage with her very presence. She had a vivacious personality which added to her charms as a stage performer and won her several fans. As an actor she appeared in numerous comedies and musicals, performing all over Europe and the U.S. Her interest in the show business began quite early on in life—she was just eight when she started singing in the streets. As the only surviving child among her several siblings, she had a difficult childhood and the death of her parents while she was still young added to her miseries. However, she worked hard at making a career for herself and found her calling as a stage performer. Petite and charming, she was also a risk-taker who took on roles that other women of her times considered controversial. She eventually became involved with Florenz Ziegfeld and this association proved to be very beneficial to both the performers. 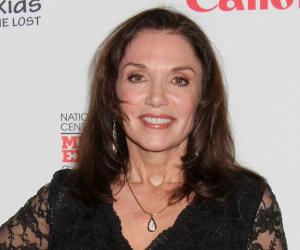 Polish Celebrities
Actresses
Polish Women
Pisces Singers
Women Singers
Childhood & Early Life
She was born on 19 March 1872, in Warsaw, Congress Poland, Russian Empire, to a German-Jewish glove maker Shimmle (also known as Maurice) Held, and his French-Jewish wife, Yvonne Pierre.
Even though her parents had eleven children, she was the only one who survived to adulthood. Her family fled from Warsaw to Paris, France in 1881 due to political tensions and anti-Semitic pogroms in their own country.
Her family found itself in a difficult situation when her father’s glove making business failed. He then started working as a janitor while her mother found a job at a kosher restaurant.
Her father died in the mid 1880s plunging the family into further misery. She along with her mother moved to England to live with relatives. There an actor in Jacob Adler’s Yiddish Theatre befriended them and she occasionally began to perform in the theatre.
Continue Reading Below
You May Like

Who Is The Most Popular BTS Member?
Career
She left the theatre and returned to Paris to try her luck as a performer. A young woman by now, she was beautiful and vivacious—characteristics that would soon make her a successful stage actor.
She was a bold woman and took risks that other women of her generation would not dream of. She happily sang flirtatious songs, revealed her legs on stage and openly flirted with older men. All these earned her a lot of public attention and she enjoyed her popularity.
The bicycle had been newly invented at that time, and she became popular for being one of the first women to ride it. Around this time she got married to Maximo Carrera and converted to Catholicism after marriage. This helped her to escape the stigma faced by Jews in Europe.
As an actress she toured Europe, captivating audiences with her naughty songs and coquettish gestures. She was performing in London's Palace Music Hall in 1896 when she met the American producer Florenz Ziegfeld Jr. who asked her to appear in a Broadway production and offered her a sum of $1,500 a week—a staggering sum in those days.
Held went to the U.S with Ziegfeld and the shrewd producer ensured that she got immense publicity. Soon her photographs were appearing all over New York and she became the subject of intense speculation.
She performed in a revival of ‘A Parlor Match’. The critics dismissed her performance, but the public liked her a lot because of her beauty and flirtatious nature. She became immensely popular during the 1900s and appeared in several successful Broadway productions.
She became a millionaire and Ziegfeld ensured that she received a constant stream of publicity to keep her in limelight. The collaboration between Held and Ziegfeld proved to be beneficial for both and the two also developed a personal relationship. However, Ziegfeld married actress Billie Burke in 1914.
During the World War I Held performed in vaudeville and toured France, performing for French soldiers and raising money for the war effort. During this time she gained considerable recognition as a war heroine for her contributions to the war effort.
Personal Life & Legacy
She began an affair with Maximo Carrera, a 50 year old South American gambler in early 1890s and became pregnant with his child. They had a secret wedding in 1894 and her daughter was born shortly afterwards. An uncaring mother, she left the child, Liane Carrera, to be raised in a convent as she moved on to focus on her career.
She later developed a relationship with Florenz Ziegfeld and started living with him. She once became pregnant with his child but was forced to have an abortion. Even though the couple did not have a formal wedding, they lived together for many years, so they were considered as common law spouses. Ziegfled later left her to marry actress Billie Burke in 1914.
She began to suffer from ill health in 1917 and over the next few months her health declined steadily. She was diagnosed with multiple myeloma and died on 12 August 1918, at the age of 46.
You May Like

See the events in life of Anna Held in Chronological Order 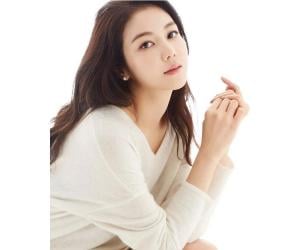