Angelababy is a famous Chinese actress, model and singer based in Hong Kong. Her birth name is Angela Yeung Wing and she is nicknamed Baby. She has starred in many web series and in some Chinese and Hong Kong films, but is best known for her performance in the film ‘Mojin-The Lost Legend’. Recently, she made her debut in Hollywood with the film ‘Hitman-Agent 47’. Chosen by Southern Metropolis Daily as one of the New Four Dan Actresses, she has won many awards for her modeling projects and films. She also made news when a Ruili clinic accused her as a recipient of several plastic surgeries. She later underwent an examination at a hospital in Beijing to determine if she had any signs of plastic surgery, and the examination concluded that her face showed no signs of prior surgical work. 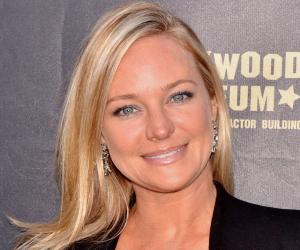 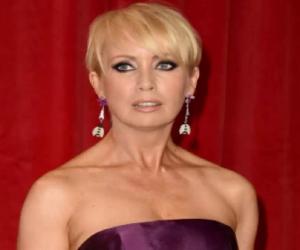 Anne Vyalitsyna
Models #145
Celebrities #3
Miscellaneous #246
DID WE MISS SOMEONE?
CLICK HERE AND TELL US
WE'LL MAKE SURE
THEY'RE HERE A.S.A.P
Quick Facts

Pisces Models
Female Models
Hong Konger Female Models
Pisces Women
Childhood & Early Life
Angelababy was born Angela Yeung Wing on February 28, 1989 in Shanghai. Angela is her English name which she later combined with her nickname Baby to form her stage name.
Angelababy's father is a half-Chinese and half-German whereas her mother is from Shanghai. She is her parent's first child and has seven years younger brother named Keven Yang Fan.
Her father used to run an apparel business in Shanghai. Angela grew up there till she was 12 and then moved to Hong Kong with her family.
She joined Notre Dame College and earned a degree from there.
Angelababy's interest in fashion was induced by her father. She loved going to her father's store and enjoyed experimenting with new looks.
When she was 14, her classmate sent her photographs to a modeling agency. The agency liked the pictures and signed her for a modeling assignment.
Angelababy's full-fledged career started at the age of 17. She was spotted by Style International Agency, which signed her for Jay Chou's Hong Kong Concert.
Continue Reading Below
You May Like

The Hottest Male Celebrities With The Best Abs
Career
Angelababy made her big screen debut in 2007. She continued acting in many films as supporting cast until she got the role of the protagonist in "Love You You".
In 2015, she started acting in television series and also made her Hollywood debut.
Along with acting and modeling, Angelababy tried her luck in singing and got featured in many soundtracks.
Angela became the first Asian celebrity to be featured in a Gucci advertisement. She is also a spokesperson for Mercedes Benz, Asia.
She has been made the ambassador of China's Panda Protection Research Centre and Child Development Centre of China.
Trivial Matters: Angelababy made her debut with this comedy film in 2007. She was cast in the supporting role and her character was named Taya.
Short of Love: Angelababy played an angel in this rom-com. Directed by James Yuen, the film was released on June 5, 2009.
All's Well, Ends Well: This is the fifth release of the series with the same name. Angelababy played the “Princess of the Flowerland”. The movie was released on 11 February 2010.
Love You You: Angela for the first time played the female lead in this romantic comedy film. It was released on 30 September 2011. She played the character named Xia Mi.
Continue Reading Below
First Time: This movie was released in 2012 and is a remake of South Korean film "...ing". Angela portrayed the character Song Shiqiao, who is a myasthenia patient and dreams of becoming a ballet dancer.
Young Detective Dee-Rise of the Sea Dragon: This action-mystery film was released in 2013. Angela played a beautiful courtesan named Yin Ruiji.
Hitman-Agent 47: Angelababy entered Hollywood with this American action thriller film. She was seen in a cameo character ‘Diana Burnwood’, who worked as a handler of Agent 47. The movie hit the theatres in 2015.
Mojin-The Lost Legend: Based on the novel "Ghost Blows Out the Light", the film was released on December 18, 2015. Angelababy played the love interest of the male lead in this super hit action fantasy film.
Independence Day-Resurgence: This is her second Hollywood film and it released in 2016. She was cast in a supporting role in this American science fiction film. Angela played a Chinese pilot and lieutenant named Rain Lao.
Love Yunge from the Desert: This Chinese television series marked Angelababy's television debut. She played a shy but intelligent girl named HouYunge. Aired from 13 September to 23 November 2015, the show was highly criticized for its poorly researched content.
General & I: Angelababy's next television series where she played a military strategist, Bai Pingting. The series was aired from January 2 to February 10, 2017. Although the series was well received by the audience, Angelababy's performance was a letdown.
Music Career
Bottom of the Heart (2011): Angelababy sang this track from "Love You You" with singer Jin Lin.
We Can Smile Together (2012): This single is an original soundtrack from Angelababy's film "First Time".
Continue Reading Below
Today You Will Marry Me (2015): Angelababy accompanied Ni Ni, Chen Xiao and Zhu Yawen for this OST from the film Bride Wars.
Green Skirt (2015): She sang this single OST which was used in her television series "Love Yunge from the Desert".
Awards & Achievements
2013 Hong Kong Society of Cinematographers Awards: Angelababy won the "Most Charismatic Actress" award for her amazing performances in the year 2013.
2013 13th Chinese Film Media Award: For her performance in the film "First Time", Angelababy was awarded the "Most Anticipated Actress" award.
2013 9th Huading Awards: Angelababy won this award in the category of the actress with the most media popularity.
2014 21st Beijing College Student Film Festival: Yet again, Angelababy won the award in the popular actress category for "Young Detective Dee: Rise of the Sea Dragon".
33rd Hundred Flowers Awards: For her excellent performance in the film "Mojin: The Lost Legend", Angelababy won the award in the "Supporting Role-Female" category.
Personal Life
Angelababy had a secret affair with 12 years senior Chinese actor Huang Xiaoming. In 2015, her manager confirmed the news to media.
On 27 May 2015, their marriage was registered in Qingdao and had a lavish wedding afterward. Angela was called the Kim Kardashian of China because of the extravagance.
The 30 million dollar wedding included an exclusive Dior wedding gown, a 10-foot tall wedding cake, and expensive gifts for guests such as cell phones. Her giant six-carat wedding ring cost a whopping 1.5 million Dollars.
On 17 January 2017, Angelababy gave birth to a baby boy and nicknamed him "Little Sponge".
Controversy
A cosmetic surgery clinic accused Angelababy to have under gone many surgeries. The clinic even labeled her as “plastic doll”. Angelababy sent a legal notice to the concerned company for these allegations. Angela produced her medical reports that stated her looks to be genuine and came out clean.
Business Ventures
Besides acting and modeling, Angelababy is also a businesswoman who has invested in several business ventures. She opened a nail parlor and a lifestyle store to start off. Thereafter, in collaboration with a fellow actor, she invested in cafe chains.
She has also made investments in e-commerce site Ymatouto and beverage brand “HeyJuice”.
Angelababy has donated 2.6 million dollars to a charity program to help young entrepreneurs.

See the events in life of Angelababy in Chronological Order 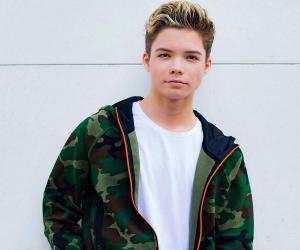