Maggie Cheung is a Hong Kong actress and model, who worked primarily as one of the biggest female stars in Hong Kong film industry. After spending a few years in London, she returned to Hong Kong at the age of 18. Starting with modelling and beauty pageants, she eventually started acting in films. As Hong Kong cinema made more action movies than films of any other genres, Maggie became famous for starring in action flicks such as ‘Police Story’, ‘The Heroic Trio’ and ‘Executioners’. Some comedy movies came in between, but her heart belonged to the romantic genre, especially films made by Wong Kar-wai, one of the best directors produced by Hong Kong. Her collaboration with Wong produced films such as ‘As Tears Go By’, ‘Days of Being Wild’, ‘2046’ and last but not the least ‘In the Mood for Love’. The last one is counted among the best films ever made in the history of world cinema, and Maggie became an international icon after starring in it. Maggie has won many acting awards for her magnificent performances over the years. And her appearances in more than 80 films ever since she made her debut, has established her as one of the biggest movie stars, not only in Hong Kong, but entire Asia. 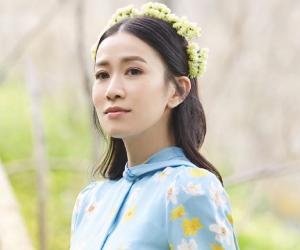 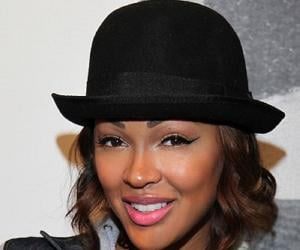 Meagan Good
Actresses #2715
Film & Theater Personalities #6814
DID WE MISS SOMEONE?
CLICK HERE AND TELL US
WE'LL MAKE SURE
THEY'RE HERE A.S.A.P
Quick Facts

Virgo Actresses
Actresses Who Are In Their 50s
Women Film & Theater Personalities
Virgo Women
Childhood & Early Life
Maggie Cheung was born on 20th September 1964 in Hong Kong, right at the time when its cinema was in an adolescent stage. Hence, it had yet to prove its significance to the world. Interestingly, Maggie had no aspirations of becoming a movie star while she was growing up.
Maggie had to move to England at the age of eight, and this alien culture she observed there turned her into a shy kid, who seemed heavily introverted. But all the experiences that she had, made her strong and she decided to move over her issues, and learned English. Her nature of being a fast learner worked in her favour.
She got enrolled at a school there, and what further made her uncomfortable was the fact that she was the only Asian student in the premises. This got her further alienated but slowly and surely, she gained confidence and made some good friends.
She was frequently praised for her good looks and this got her entering into theatre during her days in secondary school. She fell in love with the art of acting and once she was done with her high school, she returned to Hong Kong to spend her holidays there. She was enthralled with the way the industry had thrived ever since she left and soon started modelling.
In the year 1983, at the age of 18, she entered the Miss Hong Kong Beauty pageant and emerged as the first runner up. She was also awarded the Best Photogenic Face by the end of the event, and this further got her into the limelight.
She was a woman of multiple talents and was hard to resist by the production houses where she auditioned, and just like that, her career took off.
Continue Reading Below
You May Like

The Sexiest Men Of 2020, Ranked
Career
She made her acting debut in 1984 with the film ‘Prince Charming’, in a small comic role. Hong Kong industry in those days, frequently mixed comedy with martial arts, and the result was some highly successful films. The pioneer of the genre, Jackie Chan, noticed her and made her a part of his 1985 action comedy film ‘Police Story’. The movie was a major success and turned Maggie into an overnight star.
For the next few years, the success of ‘Police Story’ haunted her as she only got offers to play similar roles in films such as ‘Happy Ghost 3’, ‘Sister Cupid’ and ‘The Romancing Star’. She wanted a change in image, and when in 1988 a fairly young director named Wong Kar-wai offered her a role in his romantic drama ‘As Tears Go By’, she couldn’t refuse.
This was the first time that Maggie had come across true appreciation for her acting abilities and this turned out to be the first of many more collaborations she’d make with Wong. She then started doing more serious roles and the critics eventually regarded her as a great actress.
She followed the critical success with ‘Full Moon in New York’, for which she was adorned with a Golden Horse Award. ‘A Fishy Story’ also got her an acting award at the Hong Kong Film Awards. For her film ‘Centre Stage’, she won the Best Actress award at the prestigious Berlin Film Festival and became the first Asian actress to achieve the feat.
Apart from being a good actress, Cheung proved that she was a versatile actress as well. She proved her martial art skills in the early 90s with films like ‘Executioners’ and ‘The Heroic Trio’. She further played a praiseworthy role in the film ‘New Dragon Gate Inn’, and critics started praising her growing versatility as an actor.
After a phase of back-to-back filming, she took a break for two years and returned in 1996 with ‘Irma Vep’, a massively successful film, which brought her a great international exposure. Her next venture was ‘Comrades: Almost a Love Story’, which too, was a success. Once again, she was anonymously hailed for her portrayal of a lover, who is separated from the man she loved for more than 10 years.
In 1997 came ‘Chinese Box’, her first English language film. The film starred many established Chinese actors, but Maggie proved her worth amidst them as she played a massive role in the success of the film.
In the late 90s, her age started reflecting in the choice of her roles. She wasn’t interested anymore in playing a young bubbly and clumsy girl just to entertain the audiences. She suddenly started opting for meatier roles. And when Wong Kar-wai wanted to cast her again for the film ‘In the Mood for Love’, a depressing tale of romance, she couldn’t say no.
The film released in 2000 and right upon its release, it became an international sensation, gaining Wong Kar-wai international applauses. The film, since its release, was frequently mentioned as one of the greatest films ever made and that brought Maggie to the international stage all over again.
Her decision to star in the 2003 period film ‘Hero’ gave her another breakthrough in her career. In the film, she played the role of an assassin who has plans to assassinate the Emperor of Qin dynasty. She starred in the movie alongside Jet Li, an internationally acclaimed Hong Kong actor. The film received a worldwide notice for its breathtaking cinematography and for introducing a bold new way of narrating a normal story. The film remains as one of the biggest hits of her career.
She returned to work with Wong Kar-wai with‘2046’, a loose sequel to ‘In the Mood for Love’. ‘2046’ was a science fiction romantic drama film. By then Wong Kar-wai had become one of the key figures in the international film community, and the film was displayed at Cannes Film Festival, and received a standing ovation for stirring the emotions of everyone present at the screening.
Overwhelmed by all this magnificent success, Maggie decided to retire from acting to concentrate on her social services and editing.
Personal Life
Maggie Cheung married the famous French filmmaker and critic Olivier Assayas in 1998 and moved to France for a brief period of time. The marriage didn’t last long and ended in a divorce 4 years later.
Other than cinema, Maggie’s passion has been hairdressing and she practices it on her friends every now and then.
Maggie is a multi-lingual person and can speak Cantonese, Mandarin, English and French with ease.
You May Like

See the events in life of Maggie Cheung in Chronological Order 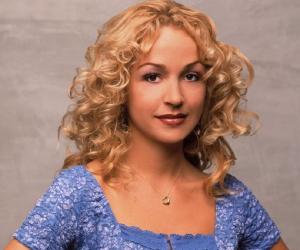