Angela Vazquez is a famous Mexican singer and one of the members of the band, ‘Vazquez Sounds’. The band was formed by Angela, along with her brothers, Gustavo and Abelardo. Angela is a talented singer with an amazing voice. Her husky yet melodious voice has an unusual depth which gives life to the songs that she sings. Not surprisingly, she is the lead vocalist of the band. Apart from being the lead singer, she is also an instrumentalist who plays guitar, piano, ukulele and harmonica. Angela is affectionately addressed as Angie by her fans and brothers. She rose to fame when her cover version of the song, ‘Rolling in the Deep’, became a sensation in YouTube and other social media platforms. Angela has also sung the cover versions of many other popular songs like ‘Cheap Thrills’, ‘Despacito’ and ‘Hallelujah’. In 2014, ‘Vazquez Sounds’ released its first album, which was nominated for the Latin Grammy Awards. 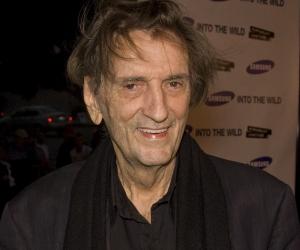 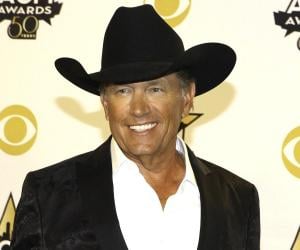 George Strait
Singers #6096
Continue Reading Below
DID WE MISS SOMEONE?
CLICK HERE AND TELL US
WE'LL MAKE SURE
THEY'RE HERE A.S.A.P
Quick Facts

Mexican People
Mexican Singers
Capricorn Singers
Mexican Female Singers
Capricorn Women
Early Life & Career
Angela started singing at a very young age as she was born into a family that loved music. Both her brothers were gifted singers and were well on their way to becoming professional singers. Angela too, was gifted with an incredible voice which inevitably placed her on the path of music.
Angela started accompanying her brothers for several live shows and studio recordings. In the initial stage of her career, she performed with many eminent bands like ‘Reik’, ‘Nikki Clan’ and ‘Camila’.
She then went on to sing the cover version of the song, ‘Rolling in the Deep’, which was originally sung by Adele. Angela released the cover version in YouTube on November 10, 2011. The video garnered more than 200 million hits which immediately brought the young singer under the spotlight. AMPROFON, a part of the International Federation of Phonographic Industry, stamped the track as ‘Platinum Record’ after it topped the Mexican Top 100 Chart. When the song became a super hit, Angela was encouraged to come up with more cover and unplugged versions of English and Spanish songs.
She then appeared in the video song, ‘Hallelujah’, in which she was seen playing the guitar. By now, some of her songs that had gone viral on the internet were aired in popular Spanish and Mexican TV channels. Her popularity soared when her songs found some airtime on American television. All the unplugged version of the songs were well-received by the targeted audience, making Angela an international star.
Her success reached newer heights when her band released its first studio album, ‘V-Sounds’ in September 2014. This album had original tracks, sung by Angela and her brothers. The album became a chartbuster and was nominated at the 2015 Latin Grammy Awards under the category, Best New Artist.
The band came up with its second album, ‘Invencible’, which also became a chartbuster. One of the tracks from the album, ‘Gracias a Ti’, was dedicated to children with physical and mental disabilities. This song alone garnered over a million hits on YouTube.
The band then released its second single which was an unplugged version of the song, ‘All I Want for Christmas Is You’, originally sung Mariah Carey. This track too, achieved record-breaking success. It took the second spot on the Mexican Billboard.
Angela was then cast in one of the episodes of a famous Spanish television series, ‘Hospital Central’. Next, she appeared in an episode of the series ‘Corta-t’ in 2005. She then was seen in the television show ‘TelevisaTeleton’ along with her brothers. The show gained popularity as it was opened by Britney Spears and closed by ‘V-Sounds’.
Apart from the fact that Britney Spears was associated with the show, another important reason which made ‘V-Sounds’ work for the show was that it raised funds for underprivileged children.
Angela now records singles under the label ‘V –Sounds’. The record label has started releasing albums of independent artists as well. The label has also signed a contract with Sony International Music and iTunes for the distribution of their music.
You May Like

The Best Black Actresses Of All Time
Continue Reading Below
Personal Life & Family
Angela Vazquez was born on January 17, 2001 in Mexico. She was raised in Mexicali, Baja California where her father Abelardo Vazquez Ramos and her mother Gloria Espinoza own the music production company, ‘V-Sounds’. Angela has three siblings, but Paloma, her older sister, is not a part of the band. Abelardo Vazquez, Angela’s older brother, plays guitar and ukulele for the band. Gustavo Vazquez, also known as Gus, plays guitar, drums, piano, banjo and harmonica. Angela is currently focusing on her studies. She will soon be releasing her new album.
You May Like 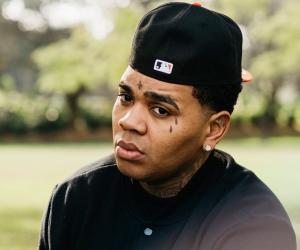