Mason Ramsey is an American singer and social media sensation. He became popular after his ‘The Walmart Yodelling Boy’ video went viral. A native of Illinois, he came to his grandparents’ house to live with them when he was only three weeks old. He grew up listening to country music. When he was four years old, he sang for Josh Turner. He opened for Gene Watson after he turned five and started taking guitar lessons at six. Since the video of his yodelling of Hank Williams Sr.’s ‘Lovesick Blues’ in the aisles of a Walmart store was released, he has become an overnight internet sensation. Memes and remixes have been made of his performance, he has appeared on ‘The Ellen DeGeneres Show’, sang at the Grand Ole Opry, and performed at the 2018 Coachella. His grandparents have created accounts on various social media platforms for him to interact with his rapidly increasing fanbase. He has more than 53 thousand followers on Facebook, over 250 thousand followers on Twitter, and 1.6 million followers on Instagram. 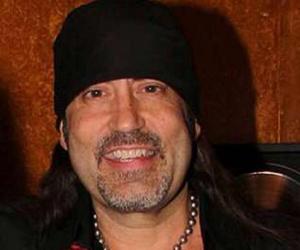 Danny Koker
Singers #1551
Continue Reading Below
DID WE MISS SOMEONE?
CLICK HERE AND TELL US
WE'LL MAKE SURE
THEY'RE HERE A.S.A.P
Quick Facts

American People
Scorpio Singers
American Singers
Scorpio Male
Rise to Stardom
Mason Ramsey was already an upcoming young singer with an impressive résumé even before the release of the video. In January 2015, he emerged on top of the 27th Annual Kentucky Opry Talent Search (beginner division) after performing Williams Sr.’s ‘Your Cheatin’ Heart’.
He was first introduced to internet stardom in January 2017 when another video of him singing was uploaded online. In that video, he was seen sitting in a Walmart shopping cart and performing Williams Sr.’s ‘Hey Good Lookin’’. A Clarksville, Tennessee-based radio station named Beaver 100.3 FM found Mason and asked him to sing the song for them. He did and also sang it in their studio, where he performed with his guitar.
On March 24, 2018, he was filmed singing ‘Lovesick Blues’ in front of air mattresses at a Walmart store in Harrisburg, Illinois. The video was subsequently uploaded to ViralHog’s YouTube channel and eventually found its way to Twitter, where it garnered several million views within a few days.
Twitter users absolutely loved the 11-year-old music prodigy looking positively dapper in a bow-tie and cowboy boots. He tapped his feet and yodelled his heart out, mesmerising fans from all over the world. His performance was turned into memes that have been circulating on the internet for a while now. Several disk jockeys have made remixes of the song, which have become popular in their own right.
On April 10, 2018, he was featured on NBC’s ‘The Ellen DeGeneres Show’. He gave an interview and performed ‘Lovesick Blues’. He told Ellen during the interview that his dream was to perform at the Grand Ole Opry. After the performance, she informed him that he would get to do just that on 14 April. She also arranged a concert for him at the Harrisburg Walmart. It was broadcast live on Walmart’s Facebook page.
Before appearing in the Grand Ole Opry, Mason made his Coachella debut on 13 April and performed alongside DJ Whethan at the prestigious and popular event hosted annually in Empire Polo Club in Indio, California. He also got the chance to meet Justin Bieber.
You May Like

The Best Black Actresses Of All Time
Continue Reading Below
Personal Life
Mason was born on November 16, 2006, in Illinois, US. When he was three weeks old, he came to live with his paternal grandparents, Ernest M. Ramsey and Frances Ramsey in Golconda, Illinois. He has an older sister.
According to his grandfather, Mason began singing even before he began talking. He spent hours down in the basement with Ernest listening to the songs of Hank Williams Sr., who is his favourite singer. The first song he tried to sing was Williams Sr.’s ‘Long Gone Lonesome Blues’. At the age of four, he performed for Josh Turner at the Carson Center, opened for Gene Watson when he was five years old, and took up the guitar after he turned six. As a seven-year-old, Mason sang with Kenny Rogers on a Christmas TV Show.
Trivia
Walmart has awarded Mason a $15,000 college scholarship. It was announced during his appearance on ‘The Ellen DeGeneres Show’. 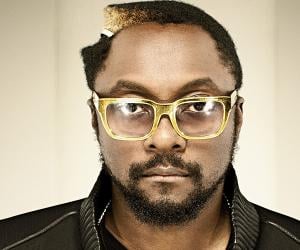