Andrew Forrest is Australian entrepreneur and philanthropist, better known as the former CEO of his iron-ore export company Fortescue Metals Group. He also founded Anaconda Nickel (Minara Resources) and took over Niagara Mining. He was initially a jackaroo at his family-owned Minderoo Station. He now serves as the non-executive chairman at Fortescue. He is a prominent figure in his country’s mining industry and also owns several cattle stations, supplying meat and dairy products to China. Andrew owns several charitable organizations, the most prominent being the Minderoo Foundation, which he co-established with his wife. Other organizations he has founded are the Walk Free Foundation and the Global Freedom Network. He has received accolades and awards for his efforts to end slavery, provide employment to the indigenous community of Australia, and offer educational scholarships to needy students. James Packer
Continue Reading Below
DID WE MISS SOMEONE?
CLICK HERE AND TELL US
WE'LL MAKE SURE
THEY'RE HERE A.S.A.P
Quick Facts

Andrew was the youngest of the three siblings in the family. He is also known by his nickname, “Twiggy.”

His father, grandfather (Mervyn Forrest), and great-grandfather (David Forrest) were managers of Minderoo Station, the Pilbara cattle station David had established in 1878, with his brothers, Alexander and John. Alexander, John, David, and Mervyn had also all served as members of the Australian parliament. John had been Western Australia's first premier.

As a young boy, Andrew was a jackaroo at Minderoo (which the Forrests owned), in Pilbara, south of Onslow. The family sold Minderoo in 1998, due to financial issues (though Andrew bought it back in 2009).

Andrew initially studied at the Onslow Primary School and the School of the Air. He then attended the Christ Church Grammar School in Perth and the Hale School.

In childhood, Andrew suffered from a bad stutter. That was also when he came in touch with Ian Black, whose father, an Aboriginal man named Scotty, mentored Andrew.

Later, Andrew majored in economics and politics from the University of Western Australia.

Following his graduation, Andrew Forrest became a stockbroker at Kirke Securities and Jacksons. In 1994, he founded the mining company Anaconda Nickel (now known as Minara Resources) and became its CEO. It is now one of Australia's biggest exporters of minerals, with its Murrin Murrin Joint Venture nickel project.

In 2003, he took over Allied Mining and Processing and renamed it Fortescue Metals Group (FMG). It is a company that mines and ships iron ore to China.

Currently, he is one of the major shareholders of FMG, through The Metal Group. FMG owns major iron deposits at Mount Nicholas, Cloudbreak, Christmas Creek, and Tongolo.

In 2007, he took over Niagara Mining, which controls mining deposits around Laverton, Western Australia.

In 2009, Andrew bought back Minderoo Station, the property that his father had sold in times of financial issues.

Andrew also purchased a few other properties nearby, such as the Nanutarra and Uaroo stations, in 2014.

The same year, Harvey Beef, a meat-processing company, was purchased by Andrew. Harvey Beef happens to be the biggest beef exporter in Western Australia.

Andrew owns 46% of the shares of Allied Medical, which was acquired by BioMD in June 2011.

He now serves as the non-executive chairman of FMG, along with managing his mining industries and farmlands.

Andrew Forrest and FMG were later sued by the Australian Securities and Investment Commission. It was found that Andrew and his company had been involved in deceptive practices and had breached the disclosure provisions in the Corporations Act, 2001, by claiming they had binding contracts with China.

Andrew faced a possible ban due to this breach. However, after an appeal by FMG, in October 2012, the High Court ruled in favor of Andrew and FMG.

While working at FMG, Andrew Forrest used his company’s Vocational Training and Employment Centre to help indigenous communities get jobs in the mining industry.

After stepping down as the CEO of FMG, he handed over the leadership to Nev Power and became an ambassador of the Australian Indigenous Education Foundation.

Andrew was inspired by the charitable initiatives of Warren Buffett, the Rockefeller Group, and Bill and Melinda Gates. He and his wife, Nicola, thus established the Australian Children's Trust in 2001.

Andrew also established the GenerationOne project, as a tribute to Scotty Black. With generous donations from James Packer and Kerry Stokes, and the help of their media stations, Channel 9 and Channel 7, the organization flourished. It aims at creating sustainable solutions for marginalized groups.

He also established the Australian Employment Covenant with Kevin Rudd. It works to help indigenous Australians get jobs.

In 2013, Andrew and Nicola made The Giving Pledge. He has also donated generously to his alma mater, Hale School.

Andrew has been part of the St. Vincent de Paul Society charity initiatives. He also donated the proceeds from the sales of 5,000 tonnes of iron ore to the Chinese earthquake relief fund.

In October 2013, Andrew declared he would donate A$65 million for higher education in Western Australia. Back then, this was the highest amount to be donated in Australia.

Andrew’s own foundation, The Minderoo Foundation, established in 2001 and later renamed Minderoo Group, donates vigorously to various educational projects. In 2014, he founded the Forrest Research Foundation to provide scholarships to PhD students at a Western Australian university.

Andrew’s daughter, Grace, once worked for an orphanage in Nepal and found out that many of the children from the orphanage had been sold as sex slaves in the Middle East. This inspired Andrew to start the Walk Free Foundation in 2010. The organization aims to counter modern slavery. In 2013, it launched the Global Slavery Index, ranking 162 countries.

In January 2014, Andrew Forrest joined hands with Pakistan to end slavery in exchange for converting tons of coal into energy. Andrew also established the Global Freedom Network, led by the Pope, the Archbishop of Canterbury, and the Grand Imam of al-Azhar. The network aims to eradicate all slavery-oriented mechanisms across religions.

In 2019, he made the largest donation in Australia, when he gave away A$655 million to various charities.

Awards, Recognitions, and Other Achievements

In 2008, Andrew Forrest, who was worth A$9.41 billion, was listed as the richest Australian on the Financial Review Rich List (known as the BRW Rich 200 back then).

In 2016, Forbes Asia declared him the 22nd-wealthiest Australian (with his net worth at US$1.24). In 2017, the Finance Review listed him as the sixth-richest Australian.

Andrew has served as an adjunct professor at the Chinese Southern University. He has also been a fellow of the Australasian Institute of Mining and Metallurgy.

He has won an Australian Sports Medal and an Australian Centenary Medal. He was also named the Citizen of the Year for Regional Development.

He has served as the director of Australia's Export Finance and Insurance Corporation and the Chamber of Minerals and Energy of Western Australia.

Andrew has also been the chairman of Athletics Australia. He has addressed the Queensland University of Technology and Christians in the Marketplace.

In 2017, he was made an “Officer of the Order of Australia” for generating business and employment for indigenous people in the mining sector.

He later earned a PhD in marine ecology from the University of Western Australia and has been a TED speaker.

In 1991, Andrew Forrest got married to Nicola Maurice. Nicola is the daughter of Tony Maurice, a significant force in the white-supremacist Christian organization Australian League of Rights.

Andrew and Nicola have three children: Grace, Sophia, and Sydney.

See the events in life of Andrew Forrest in Chronological Order 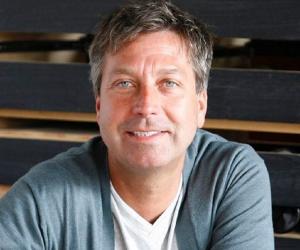 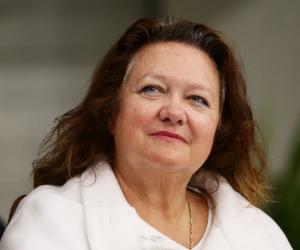