Andre Dubus was an American short story writer and novelist, hailed as one of the best American short story writers of the 20th century. Primarily remembered for his short stories in 'Dancing After Hours’ and other collections, he was much admired for the great sensitivity with which he portrayed violence in his literary works. Many of his stories were narrated from a female’s perspective, and the triumph of love over loneliness was a recurring motif in his works. Dubus loved writing from a young age and was educated by the Christian Brothers, a Catholic religious order, where his love for literature was encouraged. He decided to pursue a career in writing and studied English and journalism in college. After a six-year stint with the Marine Corps, he again turned his attention towards writing and gained a reputation as a remarkable writer of short stories. In 1986, he became the victim of a tragic car accident which left him wheel-chair bound for the rest of his life. Shocked, he fell into a depression, but over a period of time he recovered well enough to write again. He experienced a creative rebirth following the accident and went on to establish himself as one of the most prominent short story writers in 20th century America American Celebrities
Novelists
Short Story Writers
American Men
Leo Writers
Childhood & Early Life
He was born as Andre Jules Dubus II on August 11, 1936 in Lake Charles, Louisiana to Katherine and André Jules Dubus. He had two elder siblings. His family was Catholic and he was raised to be religious.
He attended The Institute of the Brothers of the Christian Schools, a Roman Catholic religious order. He loved writing from a young age and his teachers encouraged him to follow his passion.
After high school he went to the McNeese State College from where he graduated in 1958 as a journalism and English major. 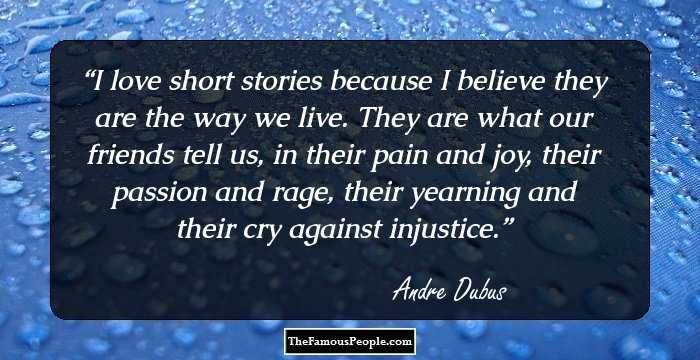 Quotes: Love, Friends, Believe, I
Continue Reading Below
You May Like

Famous Beautiful Women With Green Eyes
Career
Andre Dubus enlisted in the U.S. Marine Corps upon his graduation and served there for six years, eventually rising to the rank of captain. In 1964, he quit the Marine Corps and moved to Iowa where he enrolled in the University of Iowa's Iowa Writers' Workshop.
The workshop had the reputation of producing a number of distinguished American writers like Flannery O'Connor and Wallace Stegner. Here he had the good fortune of having Richard Yates as his principal instructor, who like Dubus himself admired the works of Anton Chekhov, Ernest Hemingway, and John Cheever. He received his MFA degree in creative writing in1966.
He then accepted a job teaching creative writing and literature at Bradford Junior College in Haverhill, Massachusetts. He remained there for 18 years, until 1984.
Andre Dubus had started writing his first novel while still at the Writer’s Workshop, and published ‘The Lieutenant’ in 1967. The novel, which would be the only one he ever wrote, was based on his military experiences. It received good reviews but was not much successful commercially.
He eventually turned his attention to short stories and over the next few years gained a reputation as one of the major writers in the genre. Over the next few years he produced several collections of short stories including ‘Separate Flights’ (1975),’ Adultery and Other Choices’ (1977),’ Finding a Girl in America’ (1980), ‘The Times Are Never So Bad’ (1983), and ‘Voices from the Moon’ (1984).
In 1986, he was involved in a terrible accident that left him confined to a wheelchair for the rest of his life. Initially he became depressed, but eventually he realized that the accident made him more sensitive to his surroundings and thus made him a better writer.
His publisher released a collection of his previous works, titled ‘Selected Stories’ in 1988. The proceeds from the book helped to pay his medical bills. During this period he also received several awards which added to his reputation as a writer.
Already an accomplished writer at the time of his accident, he became even more famous after the incident. He published ‘Broken Vessels’, a collection of essays about the accident and its effect on his life, in 1991. His final story collection, ‘Dancing After Hours’, appeared in 1996, followed by his final essay collection, ‘Meditations from a Movable Chair’ in 1998. 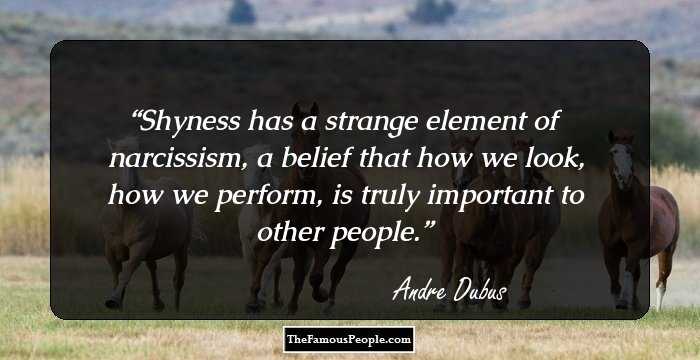 Quotes: Belief
Continue Reading Below
Major Work
His collection of stories, ‘Dancing After Hours’ is considered to be among his finest works. Many of the stories deal with men suffering from physical impairment, and the title story tells the tale of a quadriplegic who acquires a renewed sense of self-confidence following the accident which left him impaired.
Awards & Achievements
In 1975 he was honored with the L.L. Winship/PEN New England Award.
He won The PEN/Malamud Award (Rea Award for the Short Story) for excellence in short fiction in 1991.
The American Academy of Arts and Letters bestowed upon him its Jean Stein Award. 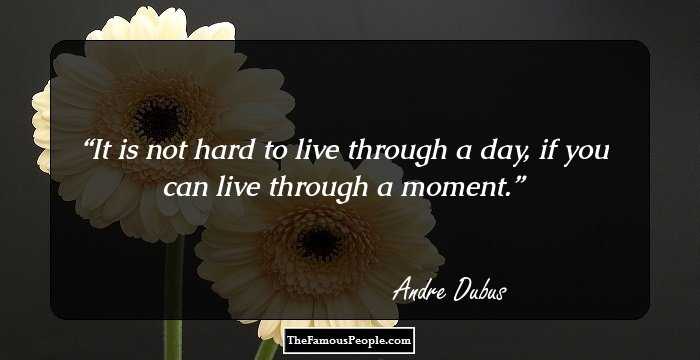 Quotes: You
Personal Life & Legacy
Andre Dubus married Patricia Lowe in 1958 and had four children with her. One of the couple’s children, Andre Dubus III also became an acclaimed author. The couple divorced in 1970.
He married Tommie Gale Cotter in 1975. This marriage was short-lived and ended in divorce in 1977.
He tied the knot with Peggy Rambach in 1979. This marriage produced two daughters.
In July 1986, he was driving from Boston to his home in Haverhill, Massachusetts when he encountered two disabled motorists on the highway. He stopped to offer help and was assisting one of the passengers when an oncoming car swerved and hit them. One of the passengers died in the accident and Dubus was grievously injured.
Even though he survived, his right leg was amputated above the knee, and he lost the use of his left leg. To add to his miseries, his wife left him and took the children with her.
Initially he was depressed but he slowly recovered with time. He never lost his faith in God and eventually started writing again.
Andre Dubus died of a heart attack on February 24, 1999, at the age of 62.
Recommended Lists:
Writers #4148
You May Like

Quotes By Andre Dubus | Quote Of The Day | Top 100 Quotes

See the events in life of Andre Dubus in Chronological Order 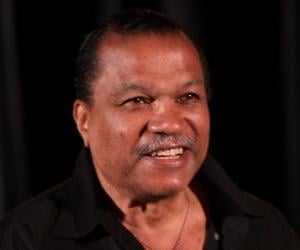