Anatole Litvak was a Russian film editor, screenwriter, actor and a director. He made a mark in the world of films with his urban drama, crime thrillers, war documentaries and film noirs. He started working in Leningrad, but decided to leave Russia after the Russian Revolution when the theaters were taken over by the state. He moved to Germany where he made some films but had to leave this Germany as well as Hitler came to power and Jews were no longer welcome. He went to France and finally to America before the Second World War and signed a contract with an American film studio to produce movies. He also edited films and wrote scripts for a few of them. He produced quite a number of films during his film career. He earned a reputation of being a director capable of handling urban dramas. He went back to Europe in the later part of his career and made somewhat glossy and turgid films out of which a couple were quite remarkable. American Celebrities
French Celebrities
Russian Celebrities
Ukrainian Celebrities
American Men
French Men
Russian Men
Ukrainian Men
Childhood & Early Life
Anatole Litvak was born in Kiev, Ukraine, Russia on May 10, 1902 as Mikhail Anatol Litwak to Jewish parents.
He first appeared on the stage of a little known theater in Leningrad in 1915.
He studied at the ‘University of St Petersburg’.
In 1922 he joined the ‘State Theater School’ where he attended acting classes but soon left it to join the Russian film industry.
Continue Reading Below
You May Like

The Best Black Actresses Of All Time
Career
Anatole Litvak began his film career at the Nordinko studios in Leningrad in 1923.
In 1925 he moved to Germany from Russia for better prospects when the Russian theaters were taken over by the state. In Germany he edited the film ‘The Joyless Street’ in 1925 which had Greta Garbo in the female lead and directed his first romantic comedy ‘Dolly Macht Karriere’ in 1929.
His next directing effort was ‘Nie Wieder Liebe’ in 1931 followed by ‘La Chanson d’une nuit’ in 1932, ‘Sleeping Car’ and ‘Be Mine Tonight’ in 1933.
He had to leave Germany when Hitler assumed power and went to France where he made ‘Mayerling’ in 1935 with Charles Boyer and Danielle Darrieux in the lead roles.
He moved to America in 1936 and in 1937 signed a contract with ‘Warner Bros’.
He made ‘The Woman I Love’ in 1937, a story set in the backdrop of the First World War, starring Miriam Hopkins. He made a second film in the same year titled ‘Tovarich’ which starred Claudette Colbert and Boyer played the part of two Russian aristocrats.
He directed the crime drama ‘The Amazing Dr. Clitterhouse’ in 1938 which starred Edward G. Robinson as a doctor and Humphrey Bogart as the leader of a group of thieves.
His next film was ‘The Sisters’ in 1939 where the lead female role was played by Bette Davis, the unhappy wife of a reporter played by Errol Flynn and the sister of Anita Louise and Jane Bryan.
His ‘Confessions of a Nazi Spy’ in 1939 was a story about an FBI agent played by Robinson investigating a Nazi organization in America headed by Paul Lukas.
Continue Reading Below
In 1940 he made the film ‘Castle on the Hudson’. ‘City of Conquest’ starring James Cagney, Arthur Kennedy and Ann Sheridan received very good reviews from the critics.
‘All this, and Heaven Too’ in 1940 was based on a novel written by Rachel Field about a governess played by Bette Davis who gets involved with her boss and becomes a suspect for murdering his wife.
The films ‘Out of the Fog’ about a Brooklyn waterfront gangster and ‘Blues in the Night’ about jazz musicians in 1941 were some of his efforts at handling various genres of films.
In 1942 he left Warner Bros and signed up with ‘20th Century Fox’ but could make only one film ‘This above All’ starring Tyrone Power and Joan Fontaine. After completing the film he joined the ‘Special Service Division’ of the armed forces and made a few war documentaries with Frank Capra and one of these was ‘The Battle of Russia’ in 1943.
After the war he made a film noir ‘The Long Night’ in 1947 for RKO starring Henry Fonda which was a flop at the box office.
The film noir he made in 1948, namely ‘Sorry, Wrong Number’ starring Burt Lancaster and Barbara Stanwyck was a classic one and enjoyed a great success at the box office.
His film ‘The Snake Pit’ in 1948 starring Olivia de Havilland, based on the harrowing incidents that actually take place in a mental institution, was acclaimed to be a great piece of direction.
He returned to France in 1949 and made the thriller ‘Decision Before Dawn’ in 1951 which was the story of a prisoner of war in the Second World War who agrees to become a spy for the United States army against the Nazis.
He worked for ‘20th Century Fox’ in 1951 and then again during 1955-1956.
Continue Reading Below
Among the films that he made during the last phase of his career were ‘Anatasia’ in 1956 and a romantic drama ‘Goodbye Again’ shot fully in Paris in 1961.
In 1967 he directed Peter O’Toole in the war drama ‘The Night of The Generals’ in 1967.
Awards & Achievements
His ‘All this, and Heaven Too’ was nominated for an ‘Academy Award’ for Best Picture’ in 1940.
He received an ‘Academy Award’ nomination for the ‘Best Director’ for his war documentary ‘The Battle of Russia’ in 1943.
‘Snake Pit’ was nominated for ‘Academy Award’ for ‘Best Director and ‘Best Picture’ in 1948.
He received a star on the Hollywood Walk of Fame for his contribution to films.
Personal Life & Legacy
He married actress Miriam Hopkins on September 4, 1937 and divorced her on October 11, 1939.
He later married a costume designer Sophie Steur, who designed the costumes for some of his films, on December 2, 1955 who was with him till his death in 1974.
Anatole Litvak died in Neuilly-sur-Seine, France, on December 15, 1974.
Trivia
Anatole Litvak was never satisfied by taking only one shot of a scene which sometimes brought him at loggerheads with different actors.
You May Like

See the events in life of Anatole Litvak in Chronological Order 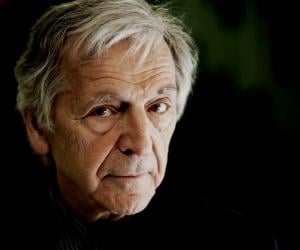