Alina Kabaeva is a Russian politician, media manager and retired rhythmic gymnast. She has been designated Honoured Master of Sports by the Russian government as a teenager. She is one of the most decorated gymnasts in rhythmic gymnastics history who has won two Olympic medals, 14 World Championship medals, and 21 European Championship medals. However, her illustrious career was tainted by doping charges in 2001. She became active in politics in the second half of the 2000s and served as a State Duma Deputy from United Russia from 2007 to 2014, when she was appointed chairwoman of the board of directors of the National Media Group. She is popularly known as the longtime mistress of Russian president Vladimir Putin and may have children with him. She has been criticized for being appointed to political and media posts with high salary despite her lack of experience. Nikita Khrushchev
DID WE MISS SOMEONE?
CLICK HERE AND TELL US
WE'LL MAKE SURE
THEY'RE HERE A.S.A.P
Quick Facts

She grew up with a younger sister named Leysan Kabaeva, and while they fought a lot as kids, they connected over their love for gymnastics as Alina pretended to act as trainer for her sister.

She had developed her love for rhythmic gymnastics at the age of three under coach Margarita Samuilovna back in Tashkent. Before starting school, she briefly strained under Elvira Tarasovna Romeyko, whom she credited for getting her into good physical shape, but soon began training under Larisa Nikitina after the family moved to Kazakhstan.

She represented Kazakhstan at an international competition in Japan in 1993, and resumed training under Aneliya Andreevna Malkina after returning to Tashkent. After her family moved to Moscow during her early teenage years, she began training under Vera Nikolaevna Shatalina, who was the right hand of Russian head coach, Irina Viner.

Alina Kabaeva made her international debut representing Russia in 1996, and at the age of 15, won the 1998 European Championships in Portugal as the youngest member of the Russian squad.

In 1999, she won the European Champion in Hungary, including a total of 5 All-Around titles, followed by the World Rhythmic Gymnastics Championship title in Osaka, Japan.

She was expected to claim Gold in All-Around at the 2000 Sydney Olympics, but despite an otherwise exceptional performance, she made the uncharacteristic error of dropping her hoop and settled for bronze. She went on to win the gold medal for the Ball, Clubs, Hoop, Rope, the Individual All-Around, and the Team competitions at the 2001 World Championships in Madrid, Spain.

Later in 2001 at the Goodwill Games in Brisbane, Australia, she secured the gold medal for the Ball, Clubs, and Rope competitions, and the Silver in the Individual All-Around, and Hoop. However, she was stripped off her medals after she and her teammate Irina Tchachina were tested positive to a banned diuretic (furosemide) and her World Championships result was also nullified.

Following brief ban from international competitions, she returned at the 2002 European Championships and took first place in the individual all-around. The following year, she won the World Title in Budapest, Hungary, earning the All-Around Gold Medal and the event final in Ribbon and Ball.

In 2004, she won the All-Around Gold at the 2004 European Championships in Kyiv, Ukraine, followed by the gold medal in the Individual All-Around for Rhythmic Gymnastics at the 2004 Athens Olympics in Greece. After she announced her retirement in October 2004, Russian Head Coach Irina Viner announced her possible comeback in June 2005.

In September 2005, she resumed her sport career at an Italy-Russia friendly competition in Genoa. In 2006, she won the Gazprom Moscow Grand Prix, where fellow Russians Vera Sessina and Olga Kapranova won 2nd and 3rd places, and she secured silver medal in All-Around behind Sessina at the European Championships.

Despite repeated announcements, she never actually participated in the 2008 Beijing Olympics, but since then, has appeared in various sports-related events, like carrying the torch at the Opening Ceremony of the 2014 Sochi Winter Olympics. She was an honorary guest at the 2015 World Championships in Stuttgart, Germany, and became the official FIG Rhythmic Gymnastics Ambassador at the 2017 World Championships in Pesaro, Italy.

Alina Kabaeva became a member of the Public Chamber of Russia in 2005 and chairwoman of the Public Council of the National Media Group, which controls Izvestia, Channel One and REN TV, in February 2008. In 2007, she became a Member of the Russian Parliament, the State Duma, representing the United Russia party, in which position she voted several controversial laws that were hastily adopted.

In 2012-13, she voted for the Anti-Magnitsky bill banning inter-country adoption of Russian orphans by US families and the Russian gay propaganda law making the distribution of "propaganda of non-traditional sexual relationships" a punishable offense. She resigned from the Duma in September 2014 and accepted the position of chair of the board of directors of the National Media Group, the largest Russian media conglomerate.

Alina Kabaeva was only 17 when she fell in love with 13 years older police captain Shalva Museliana, but their plans of marriage ended abruptly when he was found to be married with a daughter. She reportedly used her influence to get him divorced, but they parted ways after he developed a relationship with actress Anna Gorshkova.

She got engaged to Russian president Vladimir Putin in April 2008, according to a report by Moskovsky Korrespondent, but the story was denied by both parties and the newspaper was shut down. The report had further claimed that Kabaeva and Putin were to marry at Konstantinov Palace in Saint Petersburg, and that Putin had divorced his then-wife Lyudmila Putina, which was not officially announced until June 2013.

According to Swiss sources, she gave birth to two boys, one in 2015 and another in 2019, both fathered by Putin, at the VIP hospital of Saint Ann in Ticino, Switzerland. However, some reports claimed that she welcomed twins in Moscow in 2019 and was pregnant again in 2022.

She was considered, but not initially sanctioned, by the US Department of the Treasury like numerous Russian political and business leaders following the 2022 Russian invasion of Ukraine, apparently because of her closeness to Putin. However, she was later added to the list in August 2022, while she was also sanctioned by the United Kingdom and Canada in May, the European Union in June and Australia in July.

Alina Kabaeva performed a gymnastics routine in the Japanese samurai film, Red Shadow, in 2001. In January 2011, the month she launched her singing career, she also appeared on the cover of Vogue Russia wearing a pricey gold dress from French fashion house Balmain.

See the events in life of Alina Kabaeva in Chronological Order 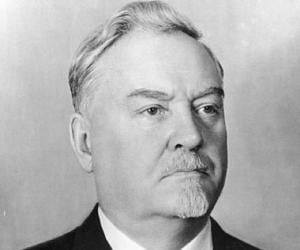