Olga Valentinovna Korbut is a former Soviet gymnast who won six Olympic medals for her country and earned the title of ‘The Sparrow from Minsk’. During period of the Cold War, she also served as an unofficial goodwill liaison between the Soviet Union and the United States. Born in Belarus, she started her training as a gymnast at a very young age. After becoming skilled in back flips and somersaults, she first displayed her talent at an event in USSR and received much appreciation for her skills. A year after that, the rising gymnast took home a gold medal at a national meet and went on to attend her first international championship. She performed exceptionally in her first Olympic Games (1972 Munich Olympics), winning three gold medals and a silver medal for her country. Her superlative performance made her an overnight star and brought her much fame across the globe. In the next few years, she continued her success runs and earned numerous medals in championships around the world. Even though her medal tally and skill level alone are eternally inspiring, she is most respected for her originality and charm that caused a worldwide surge in the sport's popularity. She brought qualities to Olympic gymnastics that few had seen before and to this day, the ‘Korbutsalto’ and ‘Korbut Flip’ remain quite popular in international gymnastics. Nastia Liukin
Gymnasts #8
Sportspersons #794
DID WE MISS SOMEONE?
CLICK HERE AND TELL US
WE'LL MAKE SURE
THEY'RE HERE A.S.A.P
Quick Facts

Belarusian People
Women Gymnasts
Belarusian Gymnasts
Women Sportspersons
Belarusian Sportspersons
Childhood & Early Life
She was born on May 16, 1955, in Grodna, Byelorussian SSR, Soviet Union, to Valentin Korbut, an engineer and his wife, Valentina Korbut, a cook. She was the youngest child in her family with three elder sisters.
At the age of eight, she started training in gymnastics and the following year, she entered a Belarusian sports school headed by Coach Renald Knysh. Under his guidance, she learned a difficult backward somersault on the balance beam. 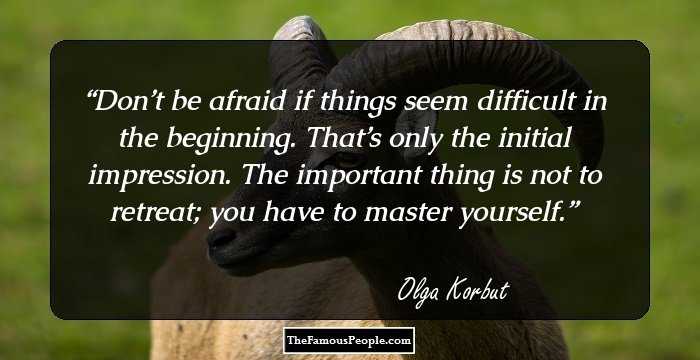 Famous Beautiful Women With Green Eyes
Career
In 1969, she debuted her backward somersault at a competition in the USSR. The same year, she completed a backflip-to-catch on the uneven bars; this was the first backward release move ever performed by a woman on bars.
She took part in her first USSR championship in 1969 where she was allowed to compete as an underage 15 year old. She was placed fifth all-around in the championship. The following year, she won a gold medal in the vault.
Her first big success came in 1970 when she became a champion of the USSR and joined the USSR national team. But due to illness and injury, she was unable to compete in many of the competitions before the 1972 Summer Olympic Games.
In 1972, she participated in the Olympic Games held at Munich, where she demonstrated innovative gymnastic moves and became a favorite of the audience, winning three gold medals and a silver medal. She won two individual gold medals in Balance Beam and Floor Exercise, and the third one in the team all-around competition. She won silver medal in the Uneven Bars
In 1974, she competed in the World Championships at Varna, where she won six medals. She won the gold medal on Vault and team all-round competition, and silver medals on Uneven Bars, All-Around, Balance Beam and Floor Exercise.
She made her last appearance in international gymnastics at the 1976 Olympic Games held in Montreal. In the 1976 Olympics, she won a team gold medal and an individual silver medal for the Balance Beam.
She retired from competitive gymnastics after the 1976 Olympics. The following year, she graduated from the ‘Grodno Pedagogical Institute’ and became a teacher.
In 1991, her family immigrated to the United States where she started teaching gymnastics.
In 2000, she moved to Arizona and was appointed the Head Coach at Scottsdale Gymnastics and Cheerleading.
Awards & Achievements
In 1972, she was named ‘Female Athlete of the Year’ by the Associated Press and ‘Sportswoman of the Year’ by the British Broadcasting Corporation. The same year, she also earned ABC's Wide World of Sports title ‘Athlete of the Year’.
In 1975, the United Nations named her ‘Woman of the Year’ and awarded her with the ‘Gold Tuning Fork’ for her ability to bring the world together.
In 1988, she became the first gymnast to be inducted into the ‘International Gymnastics Hall of Fame’.
Personal Life & Legacy
In 1978, she married Leonid Bortkevich, famous singer of the Belarusian folk band ‘Pesniary’ and gave birth to their son, Richard. In 2000, the couple got divorced. Later she became a naturalized U.S. citizen and got married to Alex Voinich.
In 1999, she publicly accused Renald Knysh, her former coach, of abuse and rape while she was under his training.
She has also been actively involved in charitable work, most notably on behalf of victims of the 1986 Chernobyl nuclear plant contamination.
You May Like

See the events in life of Olga Korbut in Chronological Order 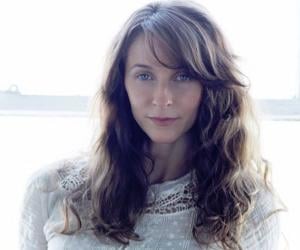