Alicia Keys is a ‘Grammy’ award-winning American singer who rose to fame with her debut album ‘Songs in A Minor’ which sold over 12 million copies and established her as an overnight sensation. Not only was her debut album a huge commercial success, it also received much critical acclaim and won her several prestigious awards. Her success continued with the release of her subsequent albums and she became one of contemporary America’s most favorite singers. Born as the daughter of a part-time actress, she was exposed to the show business from a young age and was encouraged by her mother to take music and dance lessons. She was just 12 when she enrolled in the ‘Professional Performing Arts School.’ By the time she graduated, she had developed strong songwriting skills in addition to her singing talent. At the age of 20, she released her debut album which became a hit, selling millions of copies and earning positive reviews from the critics. Her subsequent albums performed well, proving to everyone that she was not a one-time wonder. Eventually, she ventured into television and films and has appeared in movies, such as ‘Smokin' Aces’ and ‘Dove: Fresh Takes.’ American People
African American Women
African American Singers
Actresses
Musicians
Childhood & Early Life
Alicia Keys was born Alicia Augello Cook on January 25, 1981, in New York City, USA, to Teresa and Craig Cook. Her mother was a part-time actress, while her father was a flight attendant. She is of biracial heritage. Her parents separated when she was quite young and was primarily raised by her mother.
Her mother ensured that young Alicia received dance and music lessons. She started learning classical piano when she was seven. She was enrolled at the ‘Professional Performing Arts School’ at the age of 12.
She graduated as valedictorian at the age of 16. Following her graduation, she became serious about her musical career and signed a recording contract with ‘Columbia Records.’ Around the same time, she was accepted into ‘Columbia University.’ However, she dropped out of college after a month to pursue her music career. 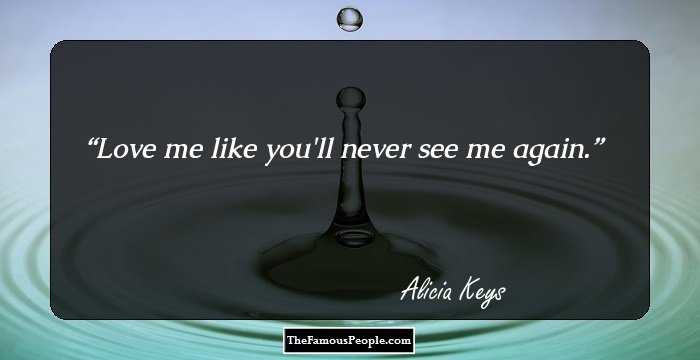 Quotes: Me, Love, Never, Like
Continue Reading Below
Recommended Lists:

Pop Singers
Black Singers
Soul Singers
Black Actresses
Career
In 2001, she released her first studio album ‘Songs in A Minor.’ The album caused a sensation soon after its release. It went on to sell over 6.2 million copies in the United States and 12 million copies worldwide, making her an internationally acclaimed singing star.
Her much anticipated second album ‘The Diary of Alicia Keys’ was out in 2003. The album debuted at No. 1 on ‘Billboard 200,’ and sold over 618,000 copies in its first week of release.
Her next album ‘As I Am’ came out in 2007. This album too proved to be a phenomenal success. The album debuted at No. 1 on the ‘US Billboard 200’ chart and became a commercial success worldwide. It spawned super hit singles, ‘No One’ and ‘Another Way to Die.’
She also ventured into films and had a starring role in the 2006 movie ‘Smokin' Aces.’ The movie also starred Ben Affleck, Jason Bateman, Andy García, and Ray Liotta. She played the role of ‘Georgia Sykes,’ a female contract killer.
Alicia Keys played the role of ‘June Boatwright’ in the 2008 drama film ‘The Secret Life of Bees’ which is based on the story of a 14-year-old girl who is haunted by the memory of her late mother.
In 2009, she released the album ‘The Element of Freedom.’ Characterized by a mid-tempo, low-key sound, the album featured mostly ballads. It was a commercial success and received positive reviews from critics.
Her album ‘Girl on Fire’ was out in November 2012. It was a mixture of conventional songs and piano ballads, with occasional references to marriage and motherhood. Even though the album was a moderate success, its commercial performance was pale in comparison to the earlier albums.
Alicia’s sixth studio album ‘Here’ released in November 2016. The album was a critical success and debuted at number two on the ‘US Billboard 200.’ It explored the social struggles of African-Americans.
She announced her upcoming seventh studio album in May 2017. In 2019, she released two singles titled ‘Show Me Love’ and ‘Time Machine’ from the album. The following year, she released another single titled ‘Underdog.’
Continue Reading Below
She appeared as a coach for three seasons in the American singing TV reality show ‘The Voice.’ She also hosted the 61st ‘Annual Grammy Awards.’ 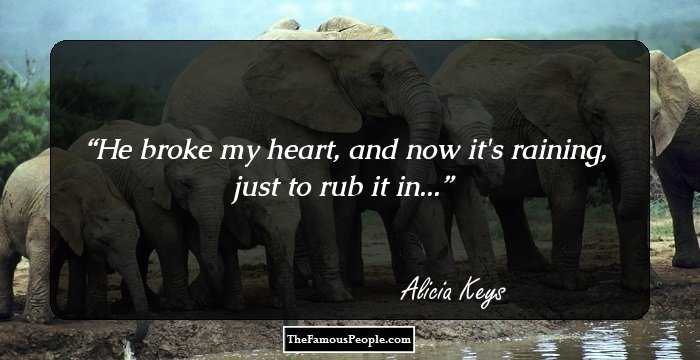 Alicia Keys' debut album ‘Songs in A Minor’ catapulted her to overnight stardom and established her as a rising superstar in the musical industry. The album debuted at No. 1 on the ‘Billboard 200’ chart, and sold over 236,000 copies in its first week. It also won her several awards and accolades.

In 2006, she won three ‘NAACP Image Awards,’ including ‘Outstanding Female Artist’ and ‘Outstanding Song’ for ‘Unbreakable.’ 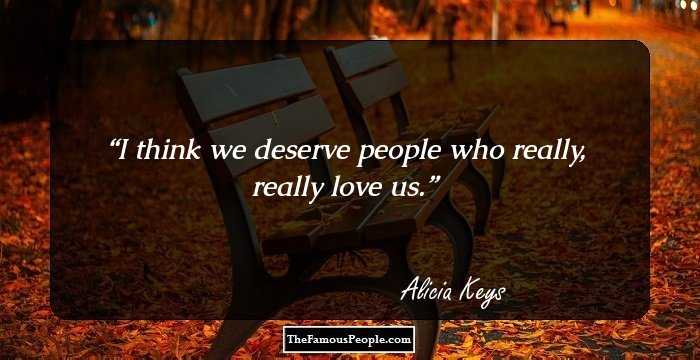 Women Musicians
Aquarius Singers
American Singers
Aquarius Musicians
Trivia
She is the co-founder and global ambassador of ‘Keep a Child Alive,’ a non-profit organization that provides medicine to families affected by HIV and AIDS in Africa. She also performs regularly in charity concerts to raise funds for several humanitarian causes.
Recommended Lists:

Quotes By Alicia Keys | Quote Of The Day | Top 100 Quotes

See the events in life of Alicia Keys in Chronological Order