DID WE MISS SOMEONE?
CLICK HERE AND TELL US
WE'LL MAKE SURE
THEY'RE HERE A.S.A.P
Popularity Index
Writers #597
Alex Haley
Quick Facts 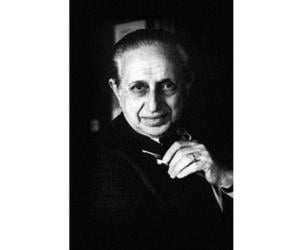 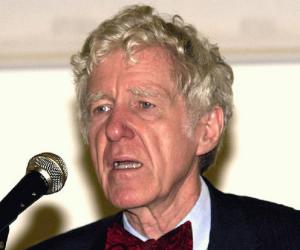 Lester R. Brown
Alexander Murray Palmer "Alex" Haley was a Pulitzer Prize-winning African-American author best known for the book ‘Roots: The Saga of an American Family’. The book, which chronicled his ancestors' origins in Africa and their journey from slavery to freedom in America, played a major role in creating awareness about African-American history in the United States. His seminal work also kindled an interest in genealogy among Americans of many ethnic heritages. The son of a professor in New York, he grew up learning about how his father had bravely overcome the obstacles of racism. Alex Haley dropped out of college and enlisted in the United States Coast Guard when he was 18. It was while working there that he realized his love for writing and was paid by his fellow soldiers to write love-letters to their girlfriends. After the World War II, he transferred to the field of journalism in the US Coast Guard. He embarked into a career as a senior editor in a well-known magazine following his retirement. He also started writing in earnest and produced several critically acclaimed works like ‘The Autobiography of Malcolm X’ and ‘Roots: The Saga of an American Family’, and won a special Pulitzer Prize for the latter. African American Men
African American Authors
Black Writers
American Men
Childhood & Early Life
Alex Haley was born on August 11, 1921, in Ithaca, New York to Simon Haley and Bertha George. His father, a World War I veteran, was a graduate student in agriculture at Cornell University at the time of Alex’s birth and eventually became a professor. His mother worked as a teacher. Alex had two younger brothers and one sister.
After completing high school, he enrolled at Alcorn A&M College (Alcorn State University) in Mississippi when he was 15 years old. After spending a year there, he transferred to the Elizabeth City State College.
In spite of being an intelligent young man he was not much interested in academics and dropped out of college. 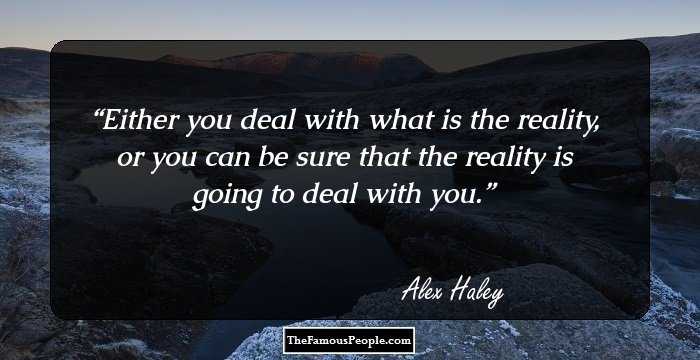 Leo Writers
Male Writers
American Writers
Leo Men
Career
In 1939, Alex Haley enlisted with the United States Coast Guard as an 18 year old. This marked the beginning of a 20-year-long military career.
He started his career as a mess attendant and was soon promoted to the rank of petty officer third-class in the rating of steward. During his enlistment he realized his love for writing. He was a talented writer and his fellow soldiers, impressed by his skills paid him to write love-letters to their girlfriends on their behalf. He also started submitting short stories and articles to magazines.
After the World War II he was transferred to the field of journalism in the US Coast Guard and became a petty officer first class in the rating of journalist by 1949.
Eventually he was promoted to Chief Journalist of the Coast Guard, a grade he held till his retirement in 1959.
Post his retirement he embarked on a full-fledged literary career. He was asked by the ‘Playboy’ magazine to conduct an interview with the famous trumpeter Miles Davis. The interview, published in 1962 was a huge success and he went on to interview several other prominent figures like Martin Luther King Jr., Sammy Davis Jr., Quincy Jones and Malcolm X over the next few years.
He wrote his first book, ‘The Autobiography of Malcolm X: As Told to Alex Haley’, in 1965. The book outlined the life and philosophy of Malcolm X, a famous human rights activist, and became an international bestseller, establishing Alex Haley as an acclaimed writer.
He published the novel, ‘Roots: The Saga of an American Family’, in 1976. The novel, based on his ancestral history, told the story of Kunta Kitne, an 18th-century African, sold into slavery in the United States and traced the lives of his alleged descendants in the U.S. down to the author himself.
The novel created a sensation at the time of its publication and sparked a greatly increased public interest in genealogy. It also spawned a television miniseries of the same name by ABC in 1977 which reached a record-breaking 130 million viewers.
He was accused of plagiarism by two authors following the success of the novel ‘Roots: The Saga of an American Family’. Eventually he admitted that some passages in his book had been copied from Harold Courlander’s 1967 novel ‘The African’. The two authors ultimately went for an out-of-court settlement.
Continue Reading Below
He started working on a second historical novel in the late 1970s though he could not complete it before his death. The novel was later finished by David Stevens and was published as ‘Alex Haley's Queen’, in 1993. 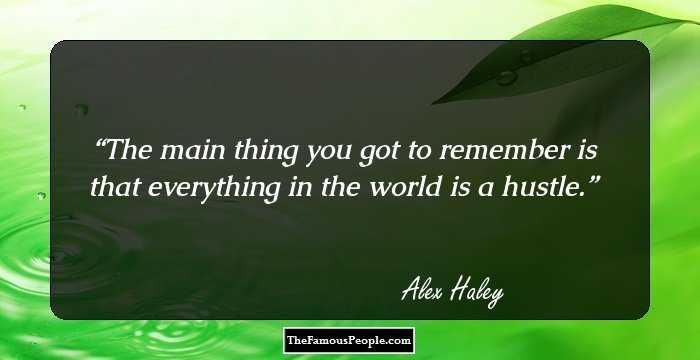 Quotes: You
Major Work
Alex Haley is best remembered as the author of the seminal historical novel, ‘Roots: The Saga of an American Family’. The book not only made him a much acclaimed author in world literature, but also spurred an interest in genealogy among Americans of different ethnicities. The book spent months on The New York Times Best Seller List and has been published in 37 languages.
Awards & Achievements
Alex Haley won a special Pulitzer Prize for the ‘Roots: The Saga of an American Family’ in 1977.
The NAACP bestowed upon him its Spingarn Medal for his exhaustive research and literary skill combined in Roots.
In 2002, he was posthumously awarded the Korean War Service Medal by the government of South Korea. 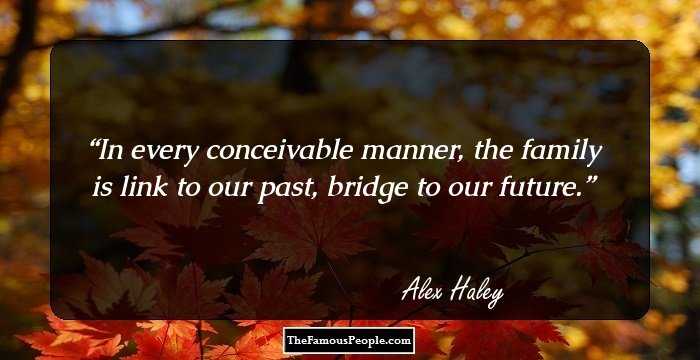 Quotes: Future, Past, Family
Personal Life & Legacy
His first marriage to Nannie Branch in 1941 ended in divorce in 1964. The same year he married Juliette Collins and this union too ended in divorce in 1972. He tied the knot for the third time with Myra Lewis but the couple separated later on. He had three children, a son and two daughters.
He died of a heart attack on February 10, 1992, at the age of 70, in Seattle, U.S.
You May Like

See the events in life of Alex Haley in Chronological Order 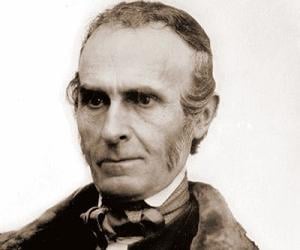 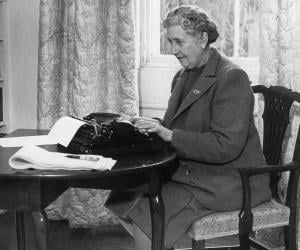 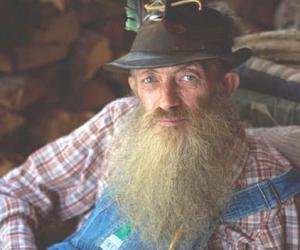