Alexander Robert Hirsch is an American writer, voice actor, animator, and producer, best known for creating the animated television series, ‘Gravity Falls.’ He also lent his voice to several characters, including Grunkle Stan, Bill Cipher and Soos Ramirez. A graduate of the California Institute of the Arts (CalArts), Hirsch landed up with his first job as writer and storyboard artist for Cartoon Network animated television series ‘The Marvelous Misadventures of Flapjack.’ Moving on he created and lent his voice to ‘Gravity Falls’ for the Disney Channel. Its popularity led him to launch ‘Cipher Hunt,’ a global treasure hunt for ‘Gravity Falls’ fans; release a tie-in book, ‘Gravity Falls: Journal 3,’ that featured on ‘The New York Times’ best sellers list for almost a year; and release a graphic novel, ‘Gravity Falls: Lost Legends: 4 All-New Adventures!.’ He has also lent his voice to ‘Phineas and Ferb’ and ‘Rick and Morty’; co-written the script of a new live-action Pokémon movie, ‘Detective Pikachu.’ 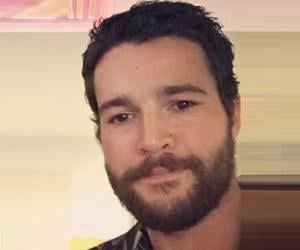 American People
Male Voice Actors
American Voice Actors
American Film & Theater Personalities
Gemini Men
Childhood & Early Life
Alexander Robert Hirsch was born on June 18, 1985, in Piedmont, Alameda County, California, US. Not much is known about his family excepting that he has a twin sister, Ariel and three half-sisters, Lauren, Jessica and Katrina. As a child he was quite fond of the American animated sitcom ‘The Simpsons’ and he count it among his main influencers.
He attended the Piedmont High School where, in 2002, he won the annual Bird Calling Contest of the school. While there, he also featured on the popular American late-night talk show ‘Late Show with David Letterman.’
He enrolled at the California Institute of the Arts (CalArts) from where he completed his graduation in 2007. While there he developed different short films and projects. These included the short film ‘Off the Wall’ created in spring 2007. Later animation executive at Disney, Mike Moon, happened to see the film that was a combination of both animation and live action. This led Moon to ask Hirsch to develop a TV series for Disney that eventually resulted in ‘Gravity Falls.’
Meanwhile during summer 2006 he worked on an animated film for American stop-motion animation studio Laika in Portland, Oregon, which was however scrapped later.
Continue Reading Below
You May Like

Who Is The Most Popular BTS Member?
Career
After graduating from CalArts, Hirsch worked at the Los Angeles, California based digital entertainment studio called JibJab. He earned his first job as writer and storyboard artist of the American animated television series ‘The Marvelous Misadventures of Flapjack’ that aired on Cartoon Network.
He along with Bill Reiss developed the Disney Channel animated series, ‘Fish Hooks.’ He also contributed as Creative Director and voiced the recurring role of Clamantha in the series that aired for over three years from September 3, 2010 to April 4, 2014.
In 2012, he landed up with one of the most notable works of his career, creating the American animated television series ‘Gravity Falls.’ Disney Television Animation produced the critically acclaimed show for Disney Channel and Disney XD from June 15, 2012, to February 15, 2016. Hirsch once recalled that as he wanted to work for Disney, he turned down Jeffrey Katzenberg of DreamWorks Animation while he was attending CalArts.
Hirsch has also contributed to the main voice roles of Grunkle Stan and Soos Ramirez in ‘Gravity Falls’ apart from providing voices of recurring characters Bill Cipher and Gnomes. The series bagged several awards and nominations including winning BAFTA Children's Award and an Annie Award in 2015.
The series ‘Gravity Falls’ revolves around adventures of Dipper Pines and his twin sister Mabel while they were on a summer visit to their great-uncle Stan’s place in a mysterious town of Gravity Falls that had supernatural creatures and paranormal forces all around. This concept was inspired from experiences of Hirsch's own childhood with sister Ariel while they spent their summer vacations. While the character of Mabel was inspired by Ariel, that of Stan was based on his own grandfather. Many of the real-life experiences of Hirsch including trick-or-treating with Ariel and living in Piedmont as kids have found place in the series.
He came up with a global treasure hunt called ‘Cipher Hunt’ for the fans of ‘Gravity Falls’ in July 2016. Clues of the hunt were hidden across the globe and the goal was to find statue of the character Bill Cipher from the series. The statue was unearthed by the fans in Reedsport, Oregon in two weeks from the hunt. Meanwhile Hirsch’s tie-in book, Gravity Falls: Journal 3, which he co-authored with Rob Renzetti released on the 26th of that month. It went on to feature on The New York Times Best Seller list for almost a year.
On July 14, 2017, an official announcement was made at D23 on a new ‘Gravity Falls’ graphic novel written by Hirsch. The novel, ‘Gravity Falls: Lost Legends: 4 All-New Adventures!,’ a collection of four all new, original and strange stories revolving around the town of ‘Gravity Falls,’ was released on July 24 the following year.
While working for Gravity Falls, he also played voice roles in different shows including as Officer Concord in the October 5, 2013 aired episode ‘Terrifying Tri-State Trilogy of Terror’ from the American animated musical comedy television series ‘Phineas and Ferb’; and as Toby Matthews in the September 13, 2015 aired episode ‘Big Trouble in Little Sanchez’ from the American adult animated science fiction sitcom ‘Rick and Morty.’ He also remained announcer of the Netflix special ‘Chelsea Peretti: One of the Greats’ in 2014, a web program written, executive produced and starred by American comedian, actress and writer Chelsea Peretti.
An announcement was made in August 2016 that Hirsch along with Nicole Perlman were writing the new live-action Pokémon movie titled Detective Pikachu.
The upcoming American computer-animated superhero film ‘Spider-Man: Into the Spider-Verse’ that is planned for a December 14, 2018 release saw him getting inducted as a story contributor. The fact was revealed in February 2017.
According to American weekly entertainment trade magazine ‘Variety,’ Hirsch has signed a deal with American media-services provider Netflix on August 27, 2018.
Personal Life
According to sources, he is in a long-term relationship with director Dana Terrace who is best recognised for her work on ‘Gravity Falls’ (2012) and ‘Mirage’ (2012).
He has helped in raising more than $200,000 for Hurricane Harvey relief in 2017 along with Ethan Klein and Justin Roiland through a Twitch charity live stream.
Alex has garnered decent popularity on different social media platforms that include gaining over 150 K followers on his Instagram account ‘_alexhirsch_’ and more than 530 K followers on his Twitter account ‘_alexhirsch’ that he created in October 2009.

See the events in life of Alex Hirsch in Chronological Order 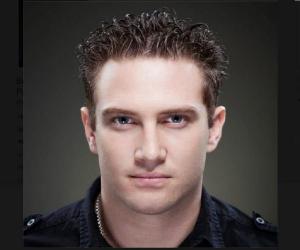 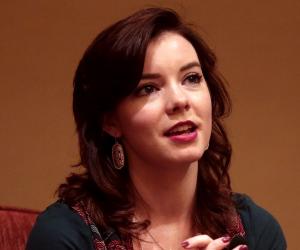 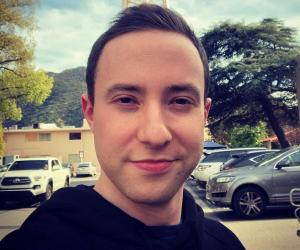