Alan Coren was a humorist, writer, journalist and satirist of British origin. He was the former editor of Punch magazine and served there for nine years. Later, he worked for one year as the editor of The Listener. He joined at Punch as an assistant editor under the editorship of Bernard Hollowood. Subsequently, he became literary editor and then deputy editor of that magazine. When the circulation of this magazine started declining, he left his position there. He authored over 30 books. Some of his remarkable comic essays include Golfing for Cats and The Cricklewood Diet. His personality as a funny man was evident from his various humorous articles published in several newspapers of that time. The New Yorker even called him as the natural successor to SJ Perelman, a renowned American humorist and author. He was popularly known as the ‘Sage of Cricklewood’ to his newspaper readers. His decision regarding the coverage of news at Punch during the assassination of President Kennedy was truly praiseworthy. Apart from that, he acted as a television critic and was a regular panelist on the BBC radio program The News Quiz in later parts of his life. 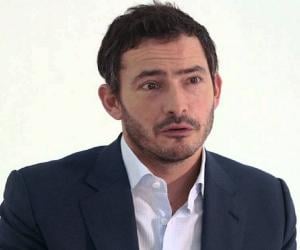 Geri Halliwell
Editors #25
Writers #1285
Media Personalities #1281
Continue Reading Below
DID WE MISS SOMEONE?
CLICK HERE AND TELL US
WE'LL MAKE SURE
THEY'RE HERE A.S.A.P
Quick Facts

British Celebrities
British Men
Male Writers
Cancer Writers
British Writers
Childhood & Early Life
Born in Southgate, North London, Coren was the son of a plumber and a hairdresser. After attending East Barnet Grammar School, he studied at Wadham College at the University of Oxford where he got a first in English in 1960.
After completing his Master’s degree, he went to the US and the Universities of Minnesota, Yale in Connecticut and the University of California, Barkley as part of a Commonwealth fellowship program from 1961 to 1963.
When he was doing his doctorate in modern American literature, he started writing humorous articles for Punch, a British weekly magazine of humor and satire. At the same time, he also wrote for The New Yorker. 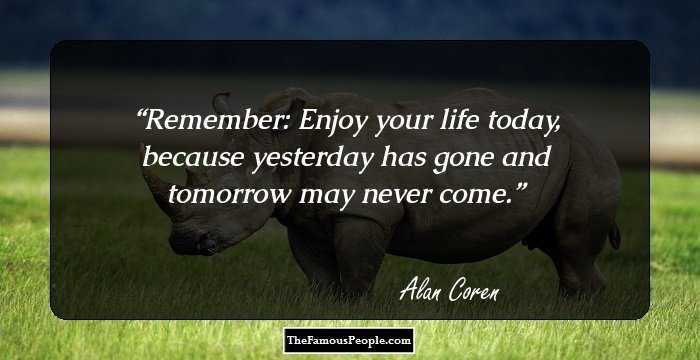 Quotes: Life, Never
Continue Reading Below
You May Like

The Hottest Male Celebrities With The Best Abs
Career
In 1966, he worked as literary editor of Punch and in 1969 took the responsibility of deputy editor of this magazine. Here, under the comic guise of Idi Amin, he used to write articles which gained much popularity at that time.
From 1971 to 1978, he created a television review column for the Times. From 1972 to 1976, he used to write humor columns for Daily Mail. From 1973 to 1976, he served as the rector of St Andrew’s University.
From 1976 to 1983, he authored a number of Arthur series of Children's Books. In 1977, he received the invitation of becoming one of the regular panelists on BBC Radio 4’s satirical quiz program The News Quiz.
From 1978 to 1987, he served as the editor of Punch. It used to publish his articles every week as its first piece. He was not in favor of dark humor although it gained wide recognition through other publications at that era.
From 1984, Coren worked as a television critic for the Mail on Sunday. Next, he became the editor of The Listener and served till 1989. Simultaneously, he worked for the BBC’s weekly from 1988 to 1989. Besides these, he was a regular writer of the Times from 1988.
Beginning 1992 till 1996, he used to create columns for the Sunday Express. From 1992, he was one of the team captains on the UK panel game Call My Bluff. 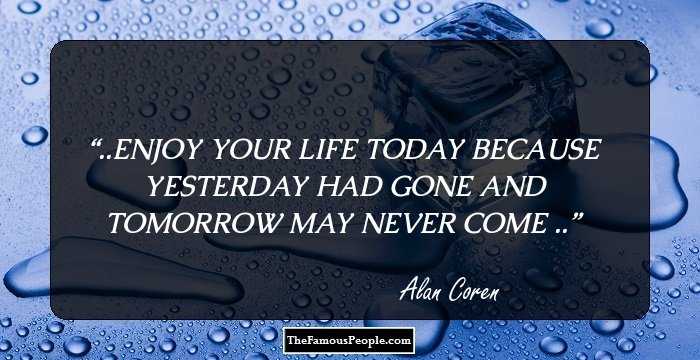 Quotes: Life, Never
Major Works
In 1974, he authored The Collected Bulletins of Idi Amin. It was the collection of his articles written for Punch to ridicule the former Ugandan dictator. The book was rejected by publishers in the US on racial ground.
Personal Life & Legacy
Alan Coren married Anne Kasriel, a doctor, in 1963. They had two children namely, Giles and Victoria. Both of them have become journalists in their later life.
He passed away as a result of cancer at the age of 69.
Trivia
He had this strange thing to his personality - he did not want to mention much about his childhood. When he was an undergraduate student, he took part in the Campaign for Nuclear Disarmament, though he was a conservative.
Idi Amin, which was his comic guise for Punch, was a murderous psychopath in real life. As a result of this, his portrayal of Amin as a colorful fool lost its popularity.
He was an example of ideal husband. Once, he did not permit a man to enter his house as the man had left his wife. Even, during the Christmas parties of Punch, instead of live-in partners, only wives and husbands were allowed to attend those parties.
The US rejected the publication of his book The Collected Bulletins of Idi Amin on the grounds of racial sensitivity. Later, this piece of writing was made a comedy album, titled, The Collected Broadcasts of Idi Amin which featured actor John Bird.
You May Like

See the events in life of Alan Coren in Chronological Order