Advanced Search
Alex Joseph "AJ" Pritchard is an English dancer, choreographer, and television personality. He has gained fame for being one of the professional dancers on the BBC One dance series ‘Strictly Come Dancing’. A native of Stoke-on-Trent, Staffordshire, England, Pritchard started dancing when he was 12 years old. Instructed by his parents, he partnered up with Chloe Hewitt while they were attending dance school. In the ensuing years, they have participated as British representatives in various international competitions. In 2013, Pritchard and Hewitt successfully auditioned for ‘Britain’s Got Talent’ and subsequently made it to the semi-finals of the show. He became a part of ‘Strictly Come Dancing’ in its 14th season and has worked with three celebrity participants to date, Olympic artistic gymnast Claudia Fragapane, singer-songwriter Mollie King, and British Paralympic athlete Lauren Steadman. Pritchard has also made appearances on BBC's ‘Celebrity MasterChef’ and the celebrity version of ‘Hunted’. Larsen Thompson
DID WE MISS SOMEONE?
CLICK HERE AND TELL US
WE'LL MAKE SURE
THEY'RE HERE A.S.A.P
Quick Facts 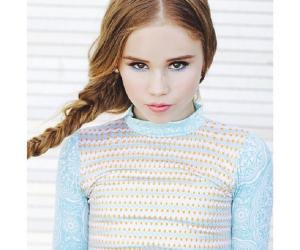 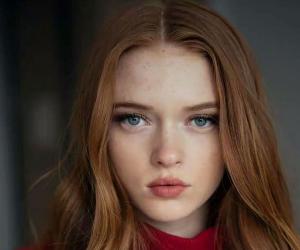 British People
British Dancers
Scorpio Men
Career
In 2013, AJ Pritchard and Hewitt gave an audition for ‘Britain's Got Talent’, earning praises from the judges and the audiences alike. The pair made it to the semi-finals before they were eliminated.
Pritchard went on to participate in the competition show ‘Strictly Come Dancing’ in 2016. Created by Fenia Vardanis, Richard Hopkins, and Karen Smit, ‘Strictly Come Dancing’ is a popular British dance competition reality television series that airs on BBC One. In the show, celebrity contestants are paired up with professional dancers as they participate in a ballroom and Latin dance competition. Each pair of dancers receives marks out of 10 from a panel of judges. As the title of the show indicates, it is essentially a continuation of the long-running series ‘Come Dancing’. It also draws heavily on the 1992 Australian romantic comedy ‘Strictly Ballroom’. The format has been reused in over 40 countries and has spawned a modern dance-themed spin-off ‘Strictly Dance Fever’. At present, the show is hosted by Tess Daly and Claudia Winkleman.
The series has been airing since 2004 and 15 complete seasons have been broadcast to date. The 16th season is currently on air. The current judging panel is comprised of Bruno Tonioli, Craig Revel Horwood, Dame Darcey Bussell, Shirley Ballas, and Alfonso Ribeiro.Pritchard joined the show’s cast in its 14th series. In his debut year, he was paired up with Claudia Fragapane, an artistic gymnast who won four gold medals at the 2014 Commonwealth Games. She also represented Britain at the 2016 Summer Olympics in
Rio de Janeiro. She and Pritchard ended the competition in the fourth place. Moreover, Pritchard earned much praise for his innovative choreography from the judges.
In the 15th series, his partner was Mollie King, a singer-songwriter, who has been a member of the girl group, ‘The Saturdays.’ In April 2018, it was announced that she would serve as the co-host of a show for BBC Radio 1 along with Matt Edmondson. King and Pritchard are one of the most popular pairs in the history of the show. There were even rumours of a possible relationship between them when the series was airing. However, Pritchard later clarified that they were just great friends. They were eliminated in the semi-final stage, ending the competition in the fifth place.
In 2018, his partner was Lauren Steadman, who won the gold medal in the 4 × 100 m freestyle relay 34pts at the 2009 IPC World Championships (SC) and the silver medal in the Women's PT4 at the 2016 Summer Paralympics. The pair was eliminated at the semi-final stage.
In September 2018, he was featured in BBC's ‘Celebrity MasterChef’ but departed after his apple crumble outraged the judges. In the following month, Pritchard teamed up with Louis Smith in the celebrity version of ‘Hunted’, in an effort to help Stand Up to Cancer initiative.
Continue Reading Below
Family & Personal Life
Born on November 5, 1994, in Stoke-on-Trent, England, AJ Pritchard is the oldest son of Debi and Adrian Pritchard. He has a younger brother named Curtis. Adrian is a dancer as well and a ballroom and Latin international choreographer. He is also a dance teacher and an adjudicator for competitive training for juveniles, juniors, amateur and professionals. He runs the Pritchards' Dance and Fitness Academy with the help of his wife, who is a Pilates instructor. Curtis has followed in his father and brother’s footsteps into the world of dance. In 2017, he appeared on ‘Dancing with the Stars’ in Ireland along with his partner Emily Barker. He later embarked on a tour with Natalie Lowe, Louis Smith and Jay McGuiness in the stage show ‘Rip It Up’.
AJ Pritchard began dancing at the age of 12. His parents decided to partner him up with Chloe Hewitt, who was attending their dance school at the time. In the ensuing months, they took part in several international dance competitions, representing Britain. They became the National Youth Latin Champions for three consecutive years from 2012 to 2014. In 2015, they won the British Open Youth Latin Championships and the European Youth Latin Championships. 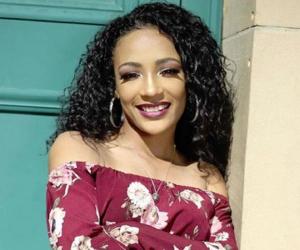 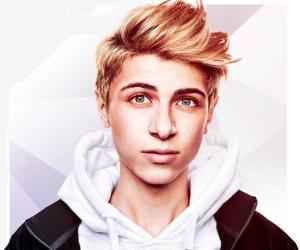 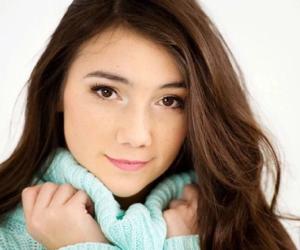 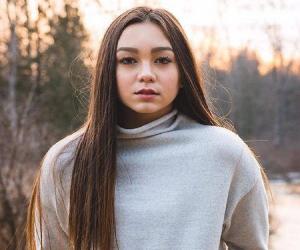 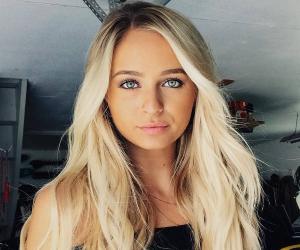 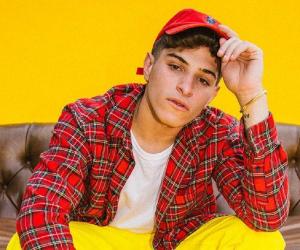