Advanced Search
Rev. A. J. Muste, regarded by many as America’s Gandhi, was an antiwar, labor movement leader. The Dutch-born American was brought up in Calvinist traditions of the Dutch Reformed Church. He graduated from the Union Theological Seminary and was attracted to social gospel, which stressed the use of Christian doctrines to tackle the social and economic conflicts. Growing in stature as a labor leader, he led the textile workers in Lawrence, Massachusetts, in a successful nonviolent strike. He co-founded the American Workers Party at the height of the Great Depression. He eventually discarded his Christian pacifism to become a Marxist. However, he did not support everything thing associated with Marxism and its revolutionary activities. Firstly, he rejected violence as a means to an end. He could not reconcile with the idea of class war and temporary dictatorship of the working class. In the 1950s, at the height of the Cold War and McCarthyism, he was still regarded with suspicion for his Communist antecedents. His tactic of peaceful civil disobedience became very popular. In the fifties, he protested against the arms race, and war in Vietnam. His message, “There is no way to peace. Peace is the way", remains as relevant as it was during his lifetime. American Celebrities
Male Activists
American Activists
American Political Activists
Capricorn Men
Childhood & Early Life
Abraham Johannes Muste was one of the six children born to Martin Muste (a coachman in Zeeland province in Netherlands) and Adriana. When Abraham was six, the family decided to migrate to America.
The family joined Adriana’s four brothers in Grand Rapids, Michigan, which had a large number of Dutch immigrants. In 1896, he and his family members became naturalized American citizens.
He graduated with a B.A degree from Hope College in Holland, Michigan, in 1905. At college, he was an all-rounder - a good scholar, basketball team captain, and member of the baseball team. 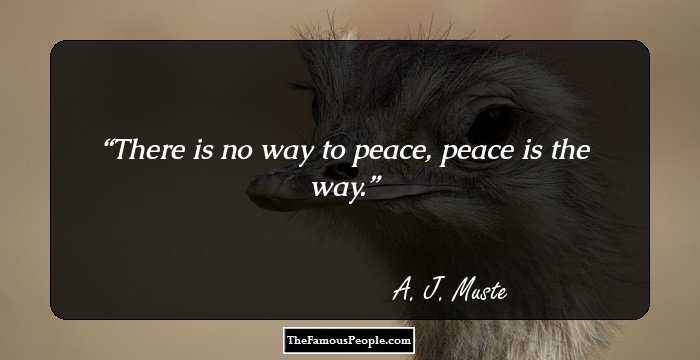 Quotes: Peace
Continue Reading Below
Career
After graduation, he taught Greek and Latin in Iowa. In 1906, he studied philosophy at New York and Columbia Universities. He was immensely influenced by the lectures of William James and John Dewey.
He was appointed pastor of the Fort Washington Collegiate Church in Manhattan. He attended the Union Theological Seminary very near his parish, and graduated from there with a Bachelor of Divinity degree in 1913.
He began to incline towards social gospel, a movement which treated social justice issues with Christian ethics. He voted for Socialist Party of America candidate Eugene V. Debs in the Presidential elections of 1912.
He became a member of the Fellowship of Reconciliation formed by pacifist religious organizations in 1916. When the U.S entered World War I the following year, he resigned as pastor.
For some time, he worked for the Civil Liberties Bureau, which provided legal aid for the needy, and then in 1919, shifted to Providence, Rhode Island, and registered as a Quaker minister.
Having gained recognition during the Lawrence strike, he became the elected secretary of the newly formed Amalgamated Textile Workers of America and served the union until 1921.
Emerging as the leader of the labor movement, he took over as the chairman of the Brookwood Labor College, Katonah, New York, and served the college between 1921 and 1933.
In 1929, he formed the Conference for Progressive Labor Action (CPLA), comprising proactive unionists dissatisfied with the work of American Federation of Labor. The CPLA formed the American Workers Party four years later.
In 1936, he gave up party and socialist politics to become a Christian pacifist once again. He served as the director of the Presbyterian Labor Temple in New York City for three years from then, and spoke against Marxism.
Continue Reading Below
Serving as the executive director of the Fellowship of Reconciliation, a Protestant pacifist organization, till 1953, he focused on spreading peace and nonviolence, and mentored leaders of the Civil Rights Movement.
As a critic of the Vietnam War, he worked tirelessly towards organizing a coalition of anti-war groups such as the Spring Mobilization Committee to End the War in Vietnam.
In 1966, he accompanied the members of the Committee for Non-Violent Action to Saigon and Hanoi. He was barred from entering South Vietnam, but was received warmly by Ho Chi Minh in North Vietnam. 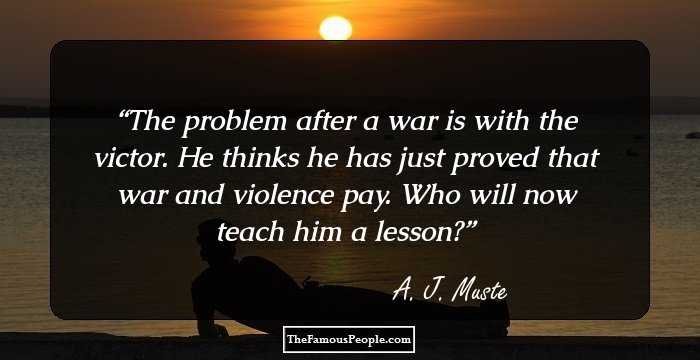 Quotes: War, Will
Major Works
In 1919, he led the textile workers in Lawrence, Massachusetts, in a nonviolent strike and was jailed for a week. Finally, both sides agreed on shorter working hours and a 12% wage hike.
In 1956, he founded the magazine, ‘Liberation’, an anti war forum, and was the member of the War Resisters League. He supported civil rights, opposed McCarthyism during the Cold War, and denounced Communism.
Awards
Reconverting to Christianity and his Calvinist origins, he worked hard to spread peace. A member of the War Resister’s League’s national committee, he was the recipient of their Peace Award in 1958. 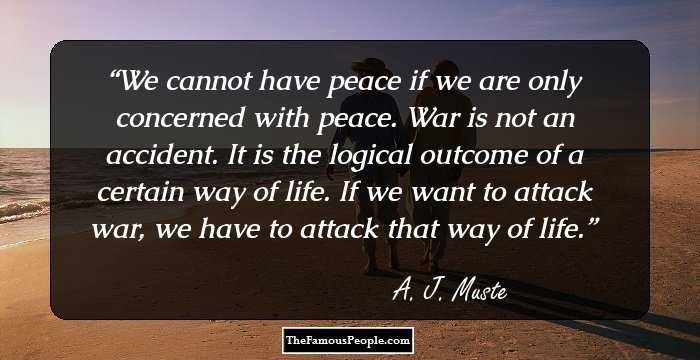 Quotes: Life, War, Peace
Personal Life & Legacy
In 1909, he married Anna Huizenga, his sweetheart and classmate from his Hope College days and had three children. His life partner for forty years, Anna was the daughter of a Reformed Church minister.
The A.J. Muste Memorial Institute was established in 1974, to carry on the legacy of this great pacifist - advocates racial and sexual equality, non violence and labor rights, and opposes nuclear power and death penalty.
Trivia
According to this pacifist, “War is not an accident. It is the logical outcome of a certain way of life. If we want to attack war, we have to attack that way of life”.
According to a story, this pacifist stood vigil outside the White House during the Vietnam War, holding a candle, braving heavy rains.

See the events in life of A. J. Muste in Chronological Order 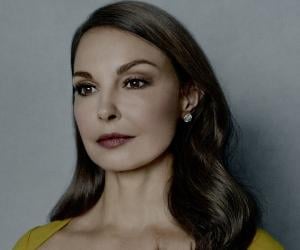 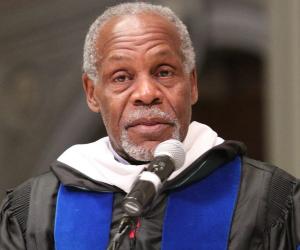