Rojean Kar, better known by her social media username Yungsweetro, is an American model and social media personality. She has garnered recent media attention for her alleged affair with rapper Travis Scott, who was in a relationship with reality TV star and entrepreneur Kylie Jenner. Little is known about her family and upbringing. She started posting on Instagram in January 2011 and found moderate fame as a model on the platform. In March 2019, the fans became aware that Jenner had blocked Kar on Instagram. During this period, Scott and Jenner were reportedly fighting, and he left the social media platform. In September, the model turned her account private. However, she has since set it back to public. In some since-deleted Instagram posts, she claimed the rumours of the affair were false. Later, Scott also made a similar statement. The Hottest Male Celebrities With The Best Abs
Continue Reading Below
Rise to Fame
The oldest picture on her Instagram account was posted on January 8, 2011. Her next upload was a photograph of an Xbox controller, which she posted on 5 December. In the next few months, she posted a quote by the singer Jewel, a photograph of one of her organic chemistry papers, and a collage of photographs of her dog. In the ensuing years, her page drew moderate attention as she gradually established herself as an Instagram model.
After the rumours of her affair with Scott started circulating, her page experienced rapid growth. At present, it has almost 200 thousand followers and each of her posts receives tens of thousands of likes and hundreds of comments. Her bio on the platform reads, “Not a fit tea pusher.”
Alleged Affair With Travis Scott
According to a report published by ‘The Sun,’ Rojean’s link to Scott dates as far back as 2013. On October 2, 2019, the reports of Scott and Jenner’s split started making the rounds. They had been dating for the previous two years and made the decision of putting their relationship on hold after multiple fights a few weeks ago, according to TMZ. They have a daughter together, Stormi Webster (Born February 1, 2018), whom they will continue to co-parent. The erstwhile couple has chosen not to speak about their separation to the media.
Rojean or Yungsweetro was named in a number of reports as a possible reason for the split due to her close connection with the rapper. They have reportedly known each other for a while, and she even was present at his birthday bash in April 2019. A month before that, many fans noted that she was blocked on Instagram by Jenner. One observer tweeted claiming Scott had been with his “side chick” for years. Another one speculated that his blue Jordans could be seen in the background of a photograph that she took in her bedroom and subsequently shared on social media. She has also posted pictures that allegedly showed that she and Scott were at the same locations. In another photo, she had put on a baseball jacket that reportedly belonged to him.
In September 2019, she made her Instagram account private but since has changed it back to public. On October 3, 2019, she refuted the rumours in a series of Instagram posts, claiming that “none of these rumours are true, it's just the internet creating a false narrative.” She asked the netizens to stop spreading lies and leave her, Scott, and Jenner alone. She has since deleted these posts.
On 5 October, Scott took to Instagram and wrote that it affected him seeing the false things said about him. He also claimed that the rumours of his cheating were untrue. 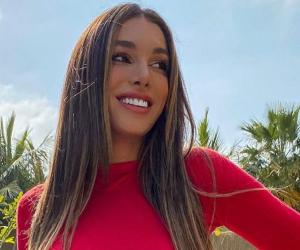